After a week spent at Mar-a-Lago, the tab picked up by tax payers, Trump is back at his phone furiously “working,” eight tweets and counting in two hours time. This grueling schedule must be putting a high level of strain on his soft, fat, tiny hands.

The words are meaningless, because he knows not what he says. He is a fool,

Here we have Donald Trump, who invited Russian diplomats into the Oval Office, giving them highly classified information, calling for someone to be jailed for doing that which his children are currently guilty of.

Weird that he would hurl accusations under these circumstances… but consistent.

Here we see Trump quoting Fox News, his propaganda press, because this is where he gets his daily security briefings. No one will let him play with real information anymore. 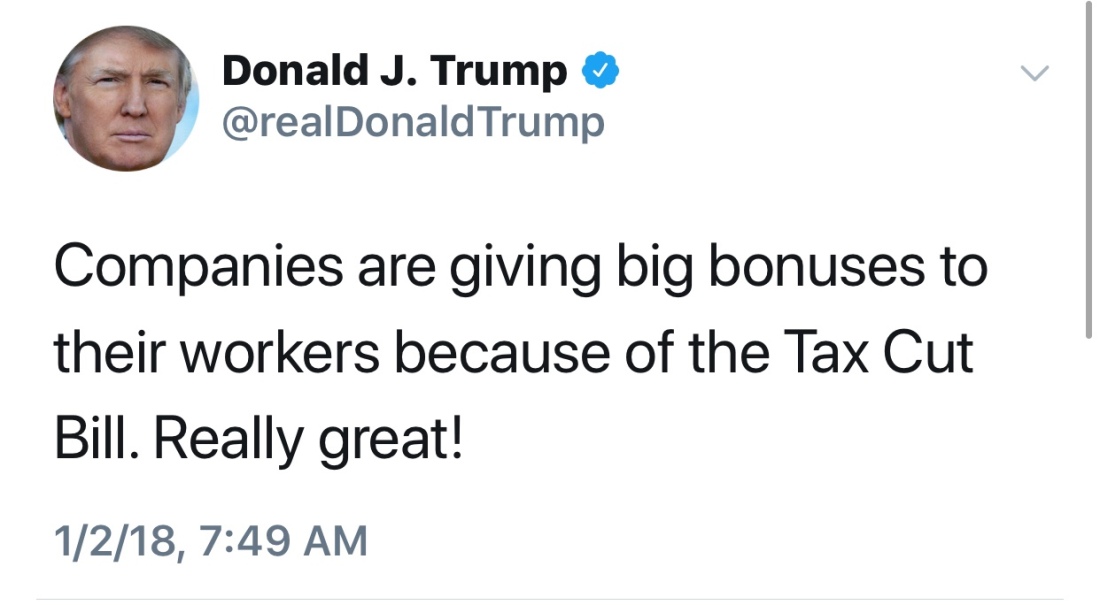 In this tweet we see Trump attempting to excuse his unpopular trillion dollar tax cut for corporations. These corporations already sit on trillions of dollars in assets, yet do not reinvest in the economy.

A small number of corporations announced—token bonuses will be paid to underpaid employees in time to take a corporate tax write off for 2017. Said employees, the recipients of the bonuses, will in turn be taxed on their pittance at the higher bonus tax rate.

This gift also serves the purpose of making CEOs appear benevolent before they reward themselves with real bonuses, hundreds of $$ millions in cash and stock in April, which is their typical behavior. 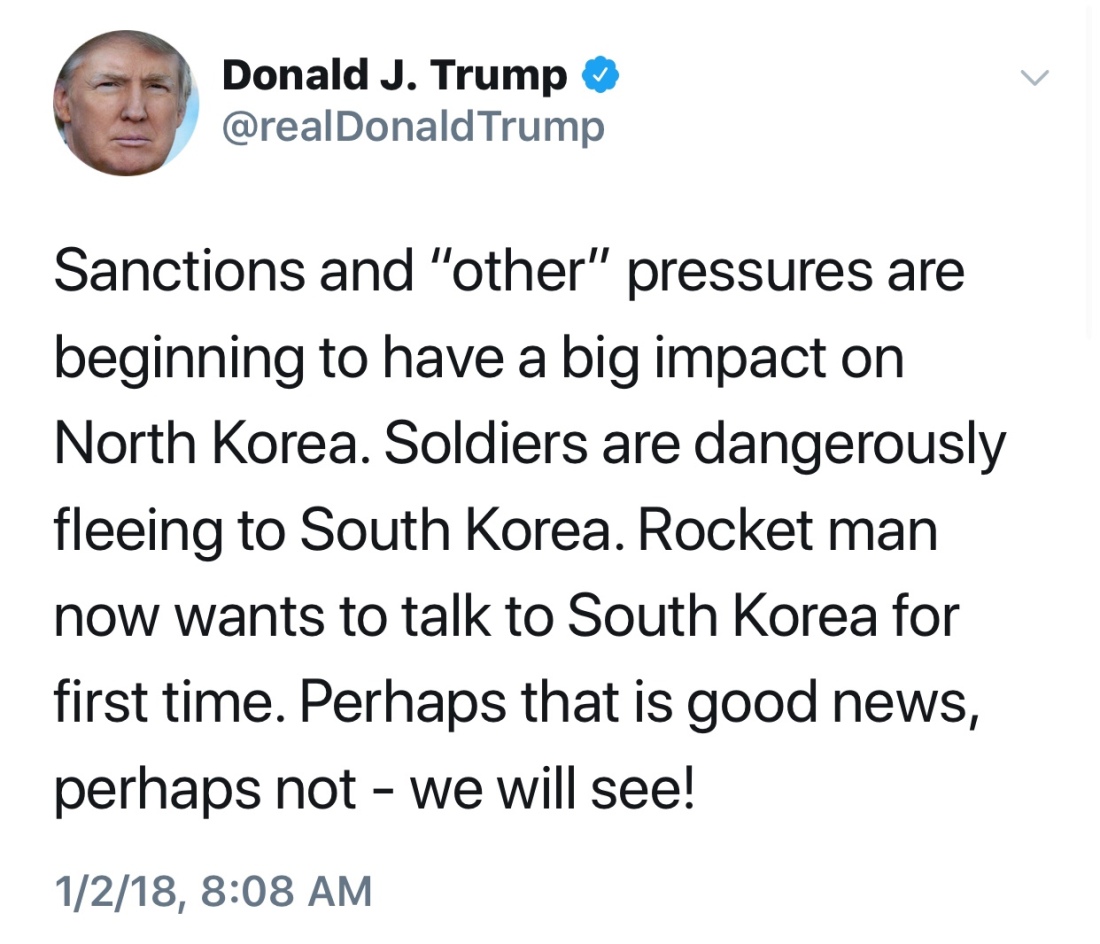 To quote the modern day American poet and philosopher Sponge Bob Square Pants, this is “Major Stupidity and General Nonsense”— (and I might add), under the command of President Bone Spurs.

Ridiculous, but here it is, Trump is taking credit for aviation safety. Any good news you read you can ascribe to Potus. Any bad news you may impute to President Obama or Hillary.

Has anyone noticed the NYT’s recent change of tone? They’ve become pro-Trump, making me think reporters were under duress, possibly blackmailed into favorable and false reports on Trump. 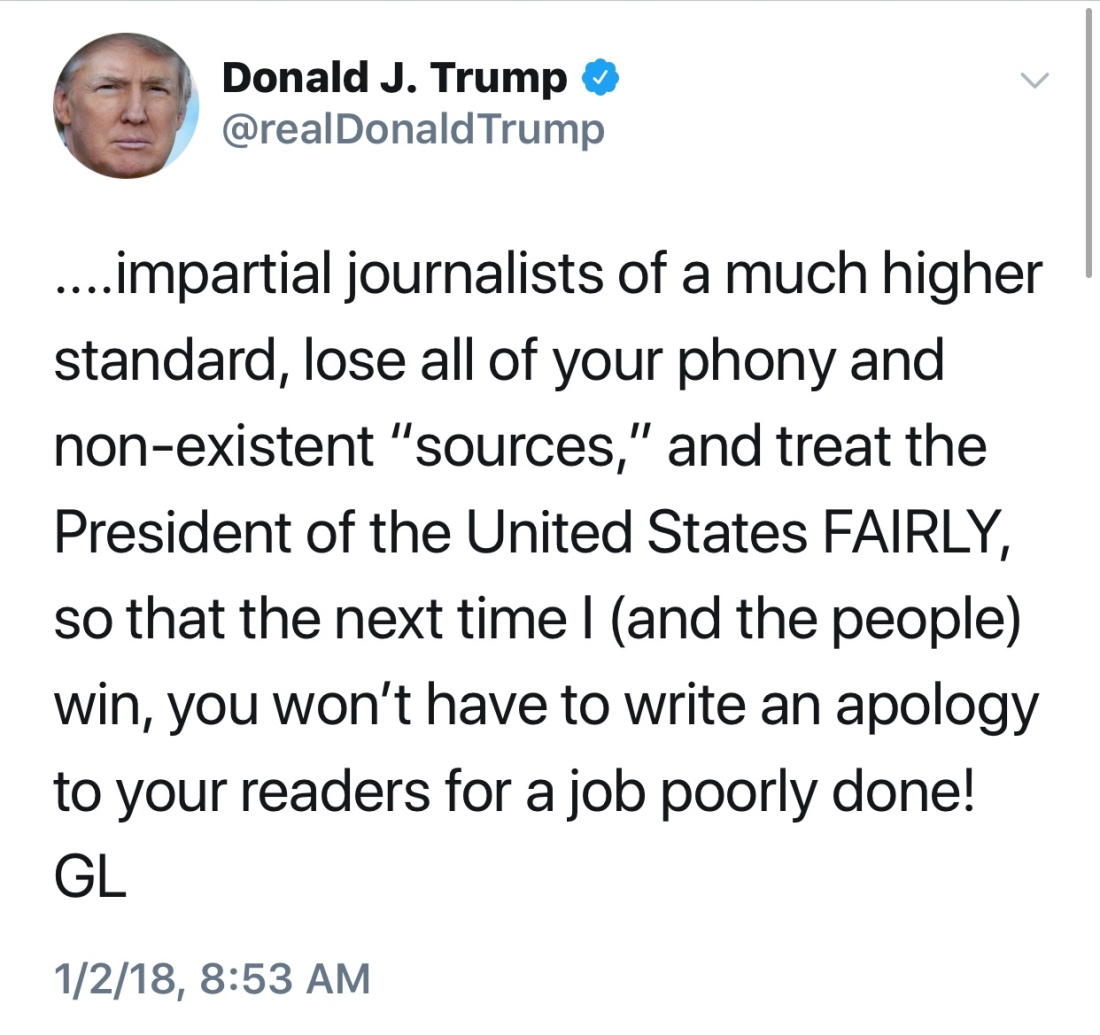 Now we see Trump’s billionaire backers have been at work. They bought a reputable newspaper and it is now as unreliable as FOX news. This is what the Nazis did, and this is what Putin does.

God help us, he’s still at it.