“Russian Hackers Broke Into Federal Agencies, U.S. Officials Suspect In one of the most sophisticated and perhaps largest hacks in more than five years, email systems were breached at the Treasury and Commerce Departments. Other breaches are under investigation.”

That quote is from last night’s *BREAKING* New York Times story regarding another Russian cyberattack carried out against the U.S.

Meanwhile, 126 Republican members of this 116th U.S. Congress were caught with their pants down, pissing on the constitution, trying to undermine the will of the American people.

Call me a cynic, but this story may have misinterpreted a key element. Did Russia “break-in” or were they invited? I’m old enough to remember when the Republican party refused to secure our elections. Now that same party is trying to overthrow the government.

This is not a boat accident.

Some are calling Russia’s success a failure of historic proportions by Trump and his administration, I just don’t see Trump feeling remorse or embarrassment over this. If anything he’s gloating.

Speaking of election security, pardon my conspiracy theory, but there is no way in this fresh Hell on earth, that over 70 million people voted for Donald I(mpeached) Trump. It’s also impossible that Senate Majority Leader Moscow Mitch McConnell, whose approval rating is abysmal on a good day, won his election by almost 20%. Leningrad Lindsey Graham too was losing in the polls but pulled out a surprise win. California’s Kevin McCarthy- got 62% of the vote…yea, no way did all of the usual suspects pullout surprise wins. This is not new- they accuse others of their crimes.

Today is the day Biden’s win is set in stone. And so it is written, and so it shall be done. (Ten Commandments) Members of the electoral college will cast their votes, in theory, for the winner of their state’s election. There may be more faithless electors than we’ve seen in previous elections because the Don the Con has been personally harassing them to vote for him regardless of their state’s results. It won’t be enough to change the outcome. Trump lost fear not.

Back to those 126 Revolting (in more ways than one) Republicans who signed the seditious citation attempting to exact a coup on behalf of our illegitimate president. Several voices are demanding Speaker Pelosi NOT seat them in the 117th Congress on January 3, 2021

New Jersey Democrat, Bill Pascrell Jr, of their 9th congressional district, invoked Reconstruction Era: “safeguards to cleanse from our government ranks any traitors and others that would destroy the union.”

Which “gives each chamber of Congress the ultimate authority to decide their membership.”

Also invoked is the 14th Amendment, forbidding anyone from holding office in federal or state government who:

“Having previously taken an oath, as a member of Congress, or as an officer of the United States, or as a member of any state legislature, or as an executive or judicial officer of any state, to support the Constitution of the United States, shall have engaged in insurrection or rebellion against the same, or given aid or comfort to the enemies thereof.” Stated simply, men and women who would act to tear the United States government apart cannot serve as members of Congress,” ~ Bill Pascrell, Member of the House Ways and Means Committee.

Also, threats against the president-elect are now okay:

Proud Boys, a domestic terrorist organization, held what they called a DC election rally. It was a KKK march that started with violence that escalated throughout the night. I did see the use of tear gas to keep the crowd from crossing police lines, but where were the rubber bullets taking people’s eyes out? Where was the secret police that secreted people off the streets?

A video has gone viral of a couple attacked while attempting to walk down the street, past a group of sucker-punching idiots who found their strength in numbers.

There was no police protection present, however, several attacks against law enforcement officers were reported.

Theirs was a protest against democracy, against the will of the people, and free and fair elections. They want a President who shares their prejudices, regardless of how damaging his policies are to their future.

Speaking of which, the wealth gap has spread and is now a canyon, a great wonder of the world, with the wealthiest 1% of Americans pilfering $50,000,000,000,000 from the rest of us over the past several decades. Real workers’ wages have not increased, and factoring in inflation and fewer people are doing the work of many, we are a much poorer nation than we were decades ago. The middle class has taken the biggest hit.

Break for some happiness: 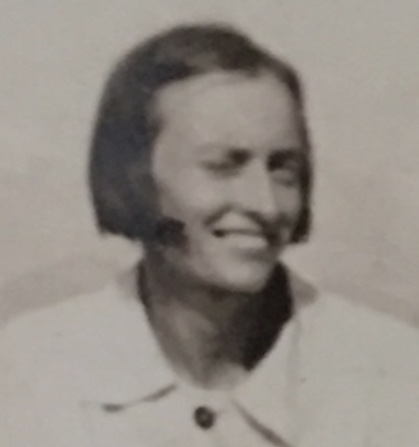 This is my Grandma, Lydia. Coincidentally, that is my name. Small world.

I would be remiss not to mention the news that the first Pfizer Covid19 vaccines have arrived in Michigan. Trump has not had a hand in this vaccine, which leads me to believe it can be trusted. We are beginning a long process of recovery, and I look forward to a glimpse of the new normal.