I am among a growing number of people who don’t have television service. The internet keeps me apprised of daily news, and I believe I’m more informed now than I was when I depended on television because I have more sources of information.

The reason I don’t have television service because I have to prioritize where my money goes, and I can’t justify paying for something that was once free… that’s a tell; I’m old. I grew up in the day when the lowest branch on every family tree had to hold the antenna, sometimes while standing on a chair, sometimes carrying it around the room until abrupt shouts to “STOP” were heard. It wasn’t all that bad, there were times when it was only necessary to adjust the rabbit ears, and then the low branch was released from duty until services were again required. It was a thankless job, non-union.

Anyway, watching television was once free. Networks made their money, a lot of it, by advertising with commercials. They still do that, but now there is a greedy middle man, (Xfinity, AT&T, Direct, etc.,) who would like you to pay them too, and still watch commercials. I would rather read than be extorted by the man.

I could continue on this subject, boring you with traumatic memories like missing a Brady Bunch episode in the day when shows only aired once or my current regret not having full access to Rachel Maddow’s show, but I’m off topic already.

I visited my mother, who has television service, this week during the time of day that she has devoted to watching The View. The View is for her what the Brady Bunch was once for me- can’t miss it! I thought I’d watch it with her despite my distaste, specifically for Megan (Don’t you know who my father was!?) McCain. My mom is a Democrat if you’re wondering. Her television has a comparatively big-screen and an astonishingly clear picture which made me realize how bad mine is, and confirmed how little it matters to me.

That was the first time I watched network television in many years. The number of commercials shouldn’t have surprised me, but did. What was jolting was the news teasers. Trump was spoken of as if he was a normal POTUS. “President Trump to sign an executive order…” They lost me at president. The normalization of this man, who has our democracy by the throat, explains why his approval rating is still in the double digits. He is playing a part, poorly, and the networks are going along with his act. They are treating him as if he was elected by Americans and is working on our behalf. Spare me.

My TV time with mom was shocking because I control my news sources, limiting them to those with credibility: the Washington Post, Politico, the Hill, New York Times, etc., and I occasionally see clips of Anderson Cooper, Rachel Maddow and I other random highlights. I lead a sheltered life, I suppose.

AXIOS/HBO aired an interview with Trump by Jonathan Swan this week. A blogger who I’ve been interacting with long enough that I consider her a friend, (LouisaJay,) mentioned it to me, so I watched it again for the third time. Swan did his job very well. If you haven’t seen it you should.

I didn’t fully grasp the scope of difference between Jonathan Swan’s interview and network television coverage until my TV time with mom. Swan should teach other journalists how to control an interview when facing a pushy snake oil salesman.

Two highlights for me:

TRUMP: “When I took over, we didn’t even have a test.”

SWAN: “Why would you have a test? The virus didn’t exist.”

And after Swan mentioned the astronomical number of Americans who have died because of the virus, Trump said “it is what it is.” 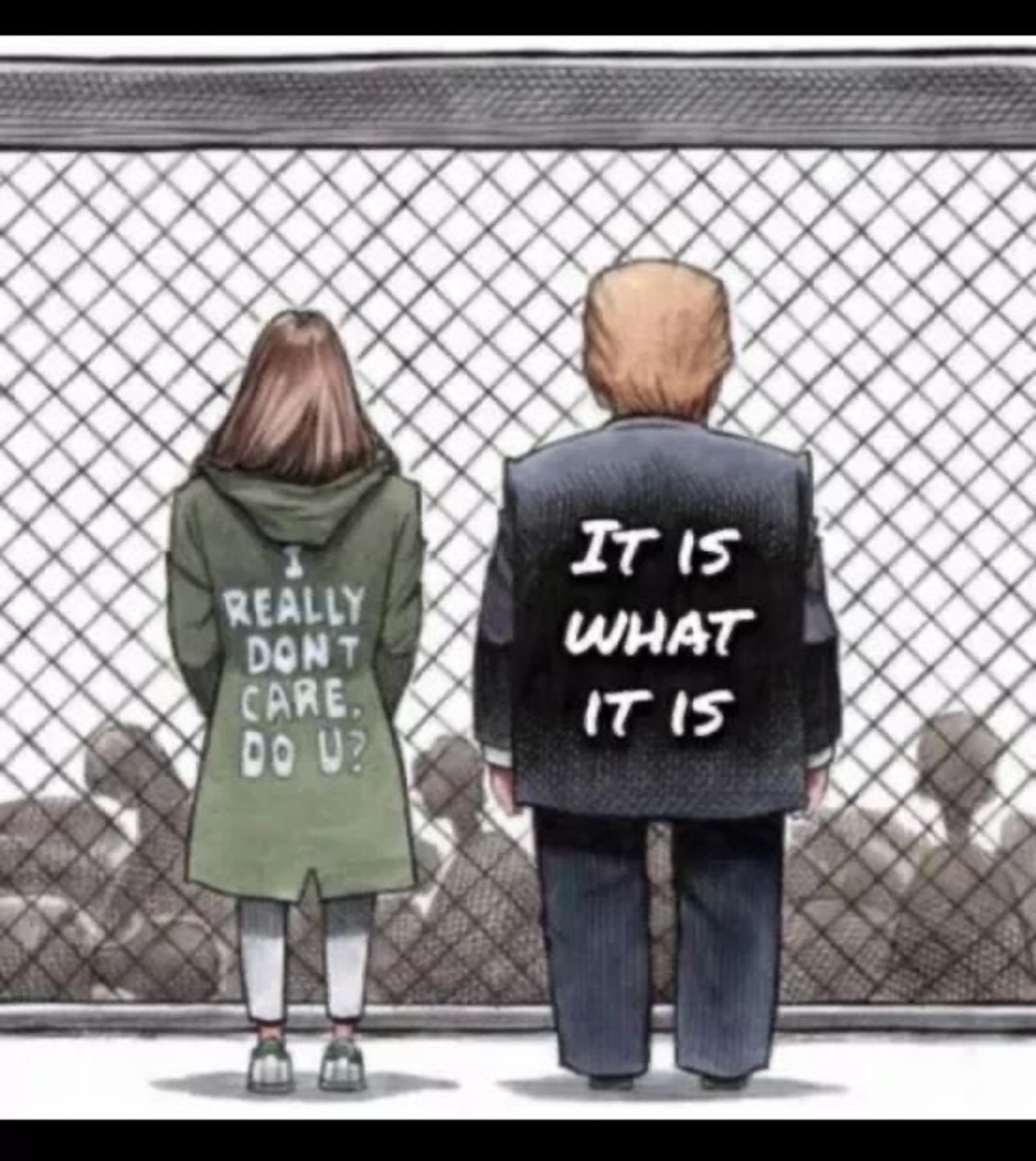 And this is what something else is, we should pay attention to Trump taking control of the United States Postal Service, slowing down the mail, for the purpose of disenfranchising voters. 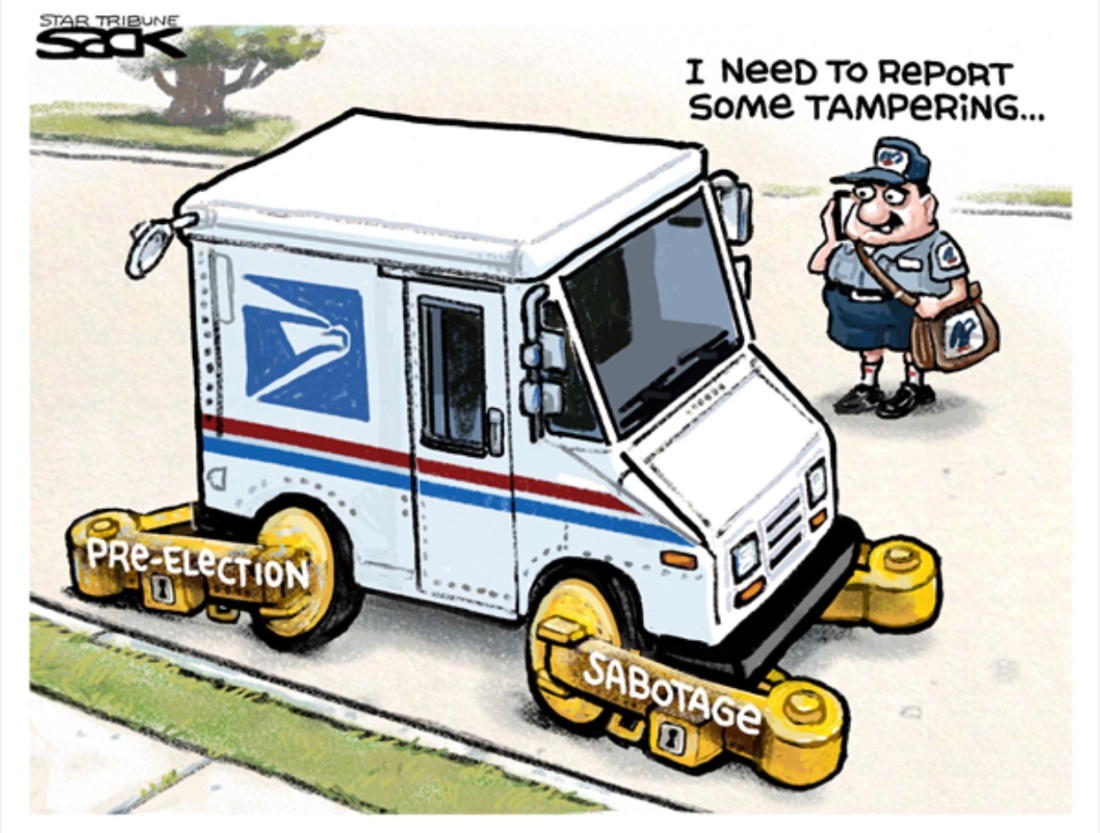 Trump’s newly appointed Postmaster General Louis DeJoy is a multimillion-dollar Republican party and Trump campaign donor. Since his appointment he has intentionally slowed the mail, creating a massive backlog. 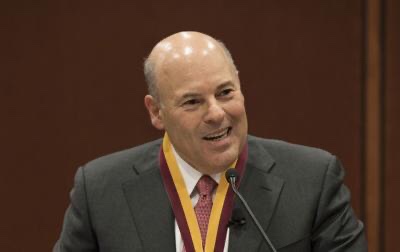 DeJoy, who recently sent out a mass spam email touting his plan to reorganize and save the failing postal service, was appointed in May. He can accept at least some credit for disenfranchising 84,000 New Yorkers in their June primary election. DeJoy is a logistics specialist, making this easy work for him. The American Postal Workers Union President confirms that DeJoy has cut staff, including 23 top executives, and has ended all over time. He has ordered workers to “leave mail behind,” when their time run’s out. The results are that mail has become slow and unpredictable. DeJoy, like any criminal worth his salt, denies everything and is trying to paint the postal service as on the brink of bankruptcy. That is not true. USPS was running as well as it ever has. It has been sabotaged. They were recently ordered to pay 70 years’ worth of employee pensions. This is ridiculous for many reasons, one is that the government wants control of the money, another is that postal workers who will be ready to collect those pensions 70 years from now have not been born, and another reason is that pension payouts will not be necessary for 70 years if the post office is defunct.

I remember when mail tampering was a federal offense.

Anywho, destroying the USPS is only one tine of a many-pronged pitchfork in Trump’s re-election strategy.

He is running doctored ads on FACEBOOK—😯 (my shocked face,) that distort Biden’s character and mental fitness for the job.

His staff is changing reality with photoshop. 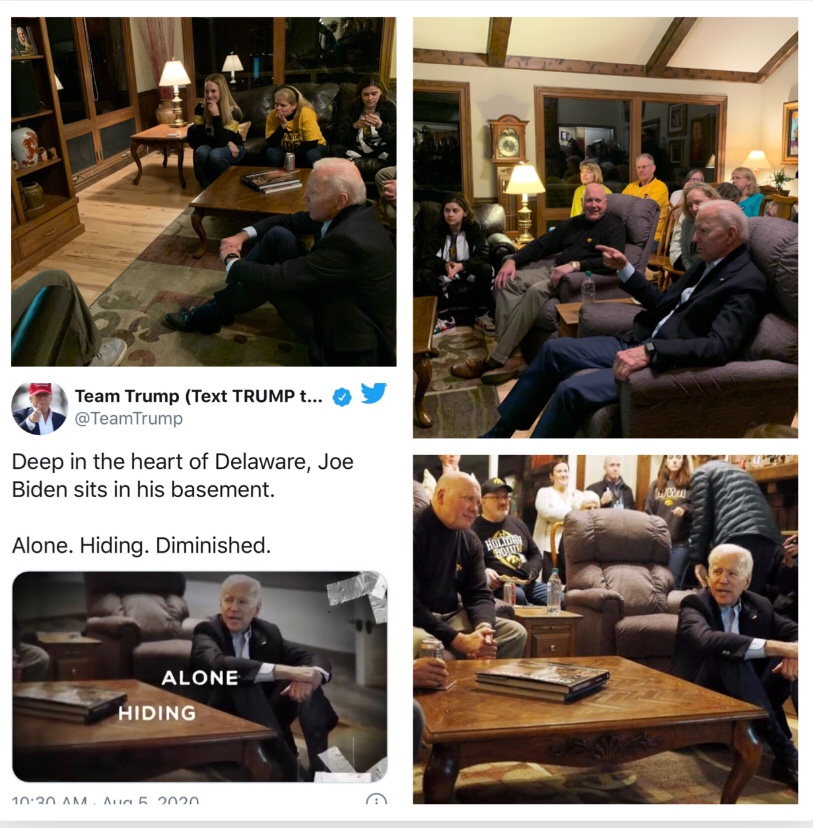 Something as simple as removing a microphone from his hand and changing the background lets them add this caption. 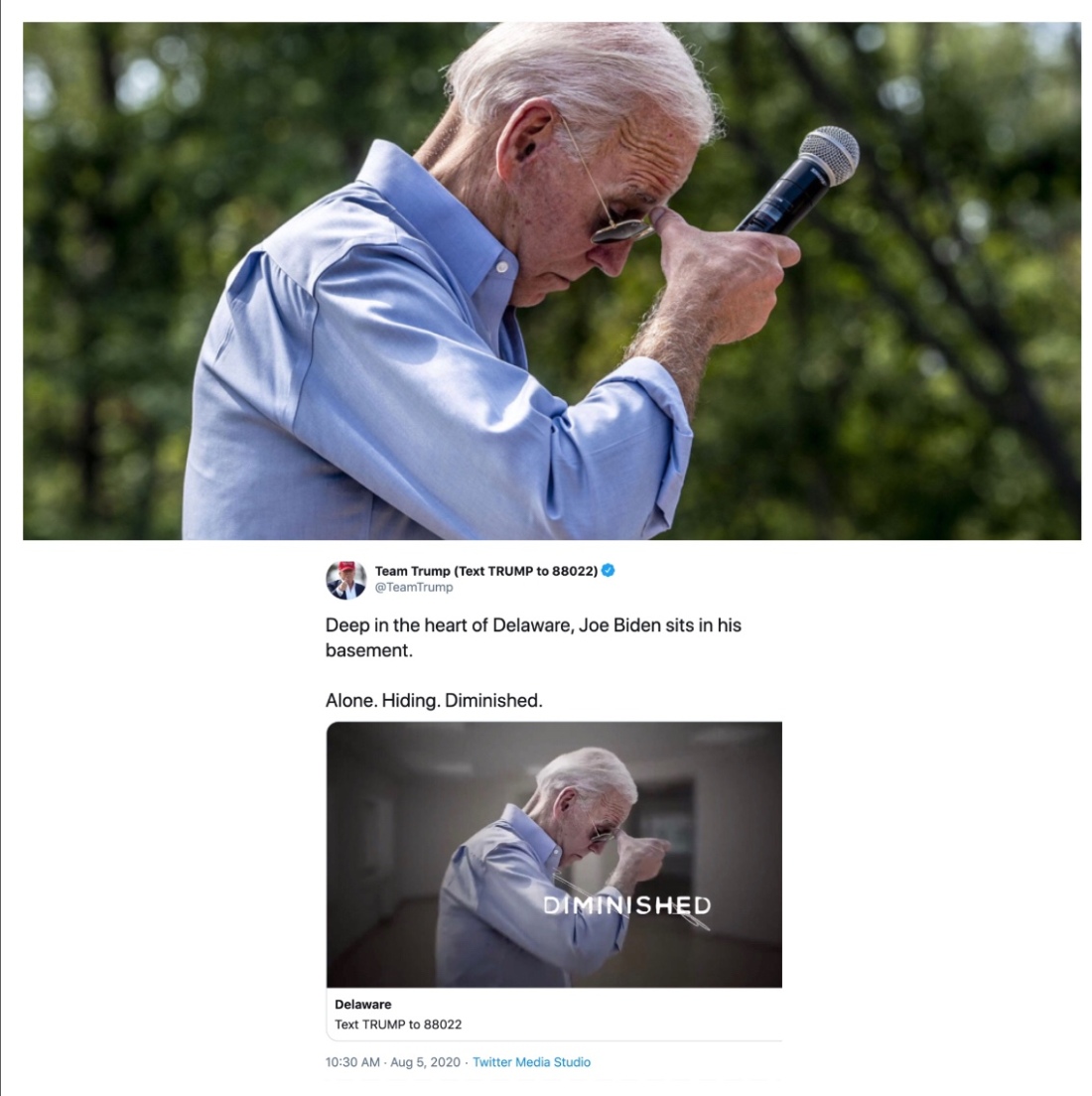 Trump is the bunker-boy who hides. He is gaslighting. The same strategy was recently used to attack Nancy Pelosi. Film clips were edited and slowed down and she was called a drunk. It was so bad that FACEBOOK actually pulled it, 😯 (my shocked face.)

Another tactic we can expect is an “October surprise,” more than one actually. This was done in 2016 with well-timed email dumps that led to Comey’s reopening of Hillary’s email investigation. That made a difference.

Rudy Giuliani is still hard at work trying to smear Biden, with the help of corrupt Ukrainian lawmaker Andriy Derkach. You may recall the Ukrainian company Barisma that Biden’s son once worked for. Their files have been hacked, and the fear is that false evidence against Biden has been planted and will be made public in October. Why hasn’t there been an attempt to inform the public? Democrats in Congress have complained that intelligence officials are not warning Americans of the many forms of foreign election attacks underway. So, Pompeo.

The GOP is helping Trump with his image by sabotaging C19 relief package negotiations so he can jump in to save the day.

We also have Kanye West who admits that his presidential “walk” is meant to siphon black voters from Biden to help Trump.

In June Trump claimed Biden has plans to defund police. His attacks this week have become more extreme and incoherent:

Fact-checkers are busy dispelling Trump’s accusations, but the problem is that network news media doesn’t question Trump, they only report what he says.

It is harder every day to stomach Trump news, watching his blatant criminality, without consequences. Anticipating what he’ll do with the 87 days left before the election is impossible. Imagining what will happen during the weeks between the election and inauguration day is frightening. One can only look at the clues and guess that Trump plans to cast doubt on the legitimacy of our elections, cheat by any possible means, and if cheating is unsuccessful, and his loss too big to dispute, that he will resign before Biden is inaugurated so Pence will issue a sweeping pardon, ala Ford-Nixon. New York is still gonna get him.

No more network TV time for me.