Yesterday I spent about 90 minutes compiling information for my post, and when I was ready to publish, it vanished. It has happened before. Operator error. Something I could have safeguarded against if I wasn’t, ya know… lazy.

I took it as a sign from above (my WiFi signal) that I needed to take a break, maybe research more, before dispatching my sentiments to cyberspace. I have garnered an overwhelming amount of information, some of it boring, some less so.

This post started out about Indiana Mayor Bill Buttigieg; he’s launching “an exploratory presidential campaign.” It’s morphed into some general, some specific, opinions I have on a few candidates. These are only my opinions.

In the beginning… “Mayor Pete” came out of nowhere, (Indiana). I listened to him interviewed on several shows. He impressed me. He speaks in sentences that complete thoughts, displaying recognizable, communicative intonation patterns often marked by preceding and following pauses. He uses words with syllables.

I remember what it was like to have a smart president. It makes me sad. I liked Mayor Pete more with each interview I watched, and there are a lot.

Watch any or all of these short clips for yourselves check YouTube for more.

I’ll highlight a few of his selling points:

He did a tour in Afghanistan,

He’s been mayor of South Bend Indiana for 8 years and has completely turned the city around,

He is a Rhodes Scholar,

When the post I’d been working on disappeared I thought maybe it wasn’t worth the bother of rewriting it. I’m telling people what they know.

Then the Washington Post printed a story with a misleading headline, a two sentence quote, that implies Mayor Pete insulted and was disrespectful to Hillary Clinton. 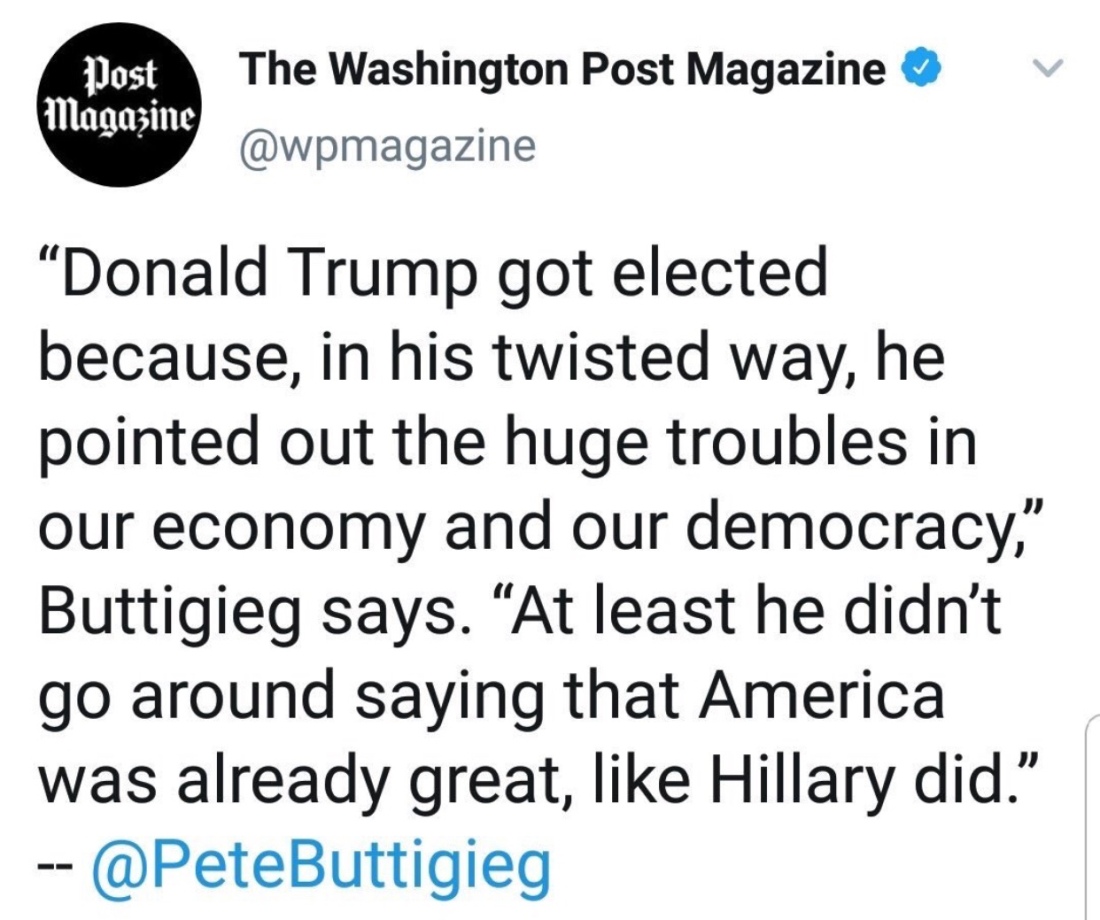 I had seen enough of his interviews to believe this was taken out of context.

He was attacked on social media all day.

I agree with that statement, but I’ve never heard Mayor Pete say anything that should upset people in that regard. Someone else said:

The hostility was palpable. I questioned myself. I wondered if I had been duped.

So, I went back and watched the all the interviews I’d seen, again, and several more, looking for what I missed. I read the Washington Post Magazine story with the negative quote. “In his own twisted way” modifies the rest of the quote, in my opinion, but that part of the sentence has been largely ignored.

To be honest, my research has caused me to overdose on Mayor Pete, I was rushed to an Elizabeth Warren video. I’ve since recovered, and while I’m not ready to watch more Mayor Pete videos, I will say my opinion of him has not changed a whit. I still like him.

Also, I never heard him say he likes Mike Pence. That’s not to say he never said it, but he’s a newly married gay man, so I can’t imagine him liking a man who is determined to turn the clock back to the 1950’s. I did hear him say Mike Pence’s form of religion is based primarily on sexuality, as opposed to helping the poor and welcoming strangers. That sounds about right to me.

Social medial attacked him all weekend.

“Just to make this clear, I think America would be a much better place if she were President, that’s why I voted for her and that’s why I campaigned for her, and I have enormous respect for Secretary Clinton.” ~Peter Buttigieg

Buttigieg has ‘enormous respect’ for Hillary Clinton, says she was ‘ill-served’ by strategy, media environment in 2016

That hasn’t been good enough for many of those who spoke out against him. His response has been ignored. People pick and choose what their truth is. That’s the state of our current culture. I suppose I can be guilty of it too… or not… okay, I can.

If you don’t like him, I can respect that, but not if your dislike is based on a misleading headline.

I believe people are quick to attack him because he has become so popular so quickly, overshadowing their chosen candidates, and because he’s a white man.

Democrats, a lot of us, want the next president to be a woman. The time is long overdue. I can’t argue with that; Hillary was robbed. I am still allowed to really like Mayor Pete, I really like Elizabeth Warren, Kamala Harris, Amy Klobuchar too.

Regardless, I refuse to base my support on gender, race or age. I’m still shopping. Mayor Buttegieg might make a good VP to a President Kamala Harris. I don’t know. I will vote blue, no matter who…

That said, as far as the primaries go, there are a few candidates I am not fond of:

In my opinion, Kristen Gillibrand committed political suicide when she demanded Al Franken resign, because of a sexual harassment accusation, before all the facts were out. Ironically, she has ignored the same allegations in her own staff.

The exchange rate in my mind- 1 Franken = 20 Gillibrands, she is dead to me.

In my opinion, Hawaii’s Tulsi Gabbard is a faux Democrat. She speaks fluent GOP. She’s an anti-democratic Democrat. Russia groomed? (I just edited this way down. Trying to be nicer.)

Speaking of Russia, it pains me to say this, I was a Bernie supporter during the last presidential primary.

Why I loved Bernie- his socialist views—

He wanted to narrow the wealth gap,

He promised a higher minimum wage,

A bird landed on his podium during a speech… 😇 🐦

When Hillary won I changed my focus, joined the pantsuit nation.

A large faction, a majority in fact, of Bernie’s supporters did not embrace Hillary. They either voted Trump, Jill Stein, or they stayed home. Bernie never addressed it. He never encouraged them to vote for Hillary. His supporters could have been the difference in the election.

That was when my Bernie love started to die. He is not a Democrat. He runs for president on the democratic ticket, but he has no party loyalty. His anti democratic followers “the Bernie Bro’s,” (it’s not an affectionate term), are frequently in attack mode. They cannibalistically attempt to destroy the other democratic candidates. Their behavior is benefitting the GOP. Divide and conquer is a strategy as old as time.

I’ve spent more time than I want to on Bernie, so I’ll make my points: 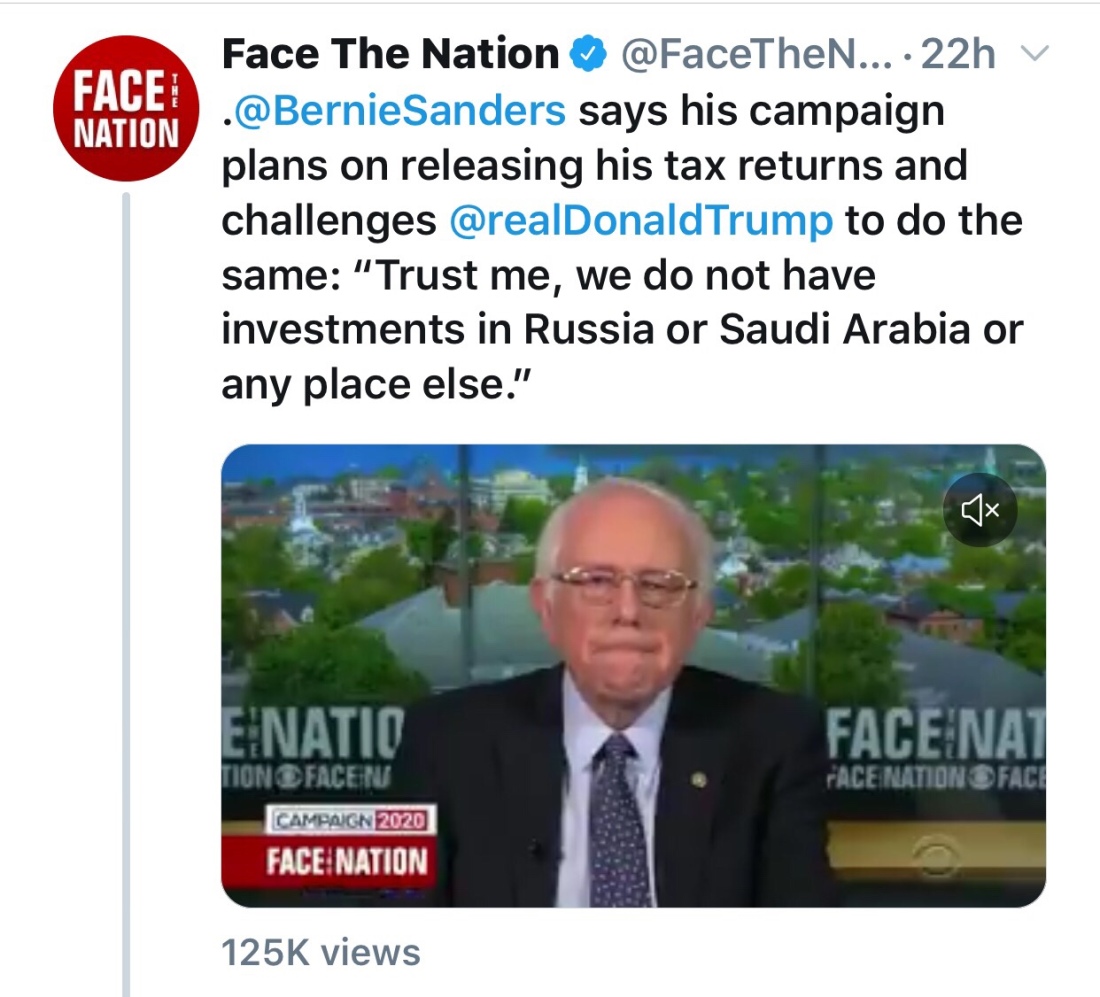 Last week he hired David Sirota, a journalist and “social media provocateur”, as his new senior adviser and speechwriter… another guy who attacks democrats.

This weekend, another Bernie supporter, Lucy Flores, accused Joe Biden of being too touchy, but not in a sexual way. This has been a top story. Joe Biden has not formally declared himself as a candidate, but in every “what if” poll I’ve seen, Biden would beat Bernie by a large margin. That’s not the case with the other candidates. This was a politically motivated accusation. 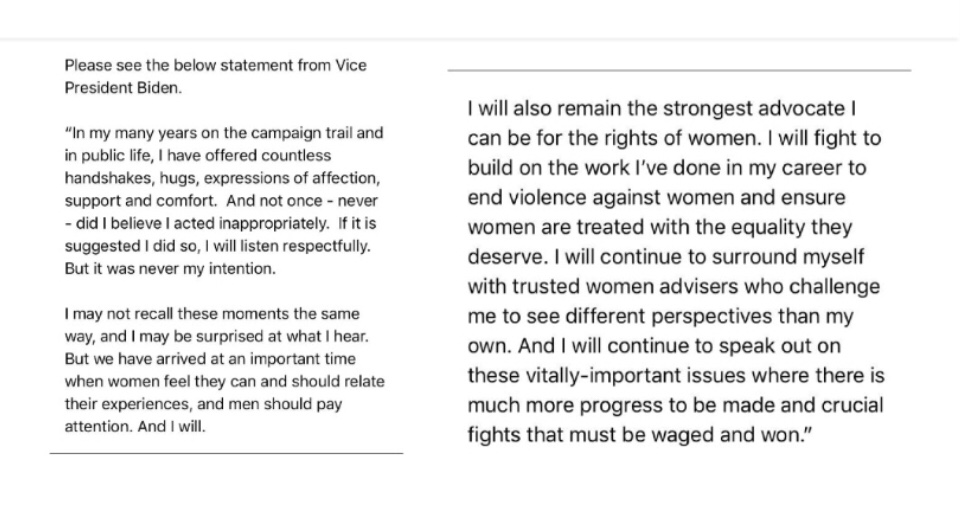 The whole thing reminds me of the attack on Al Franken, the attack Roger Stone new of and tweeted about in advance, as did Hannity.

Pictures of Biden’s accuser have surfaced, in them she seems to be the one who is overly affectionate. 👇🏼👇🏼👇🏼👇🏼👇🏼

Donald Trump, Bernie Sanders, and Jill Stein all appear to have been helped by Russian election interference 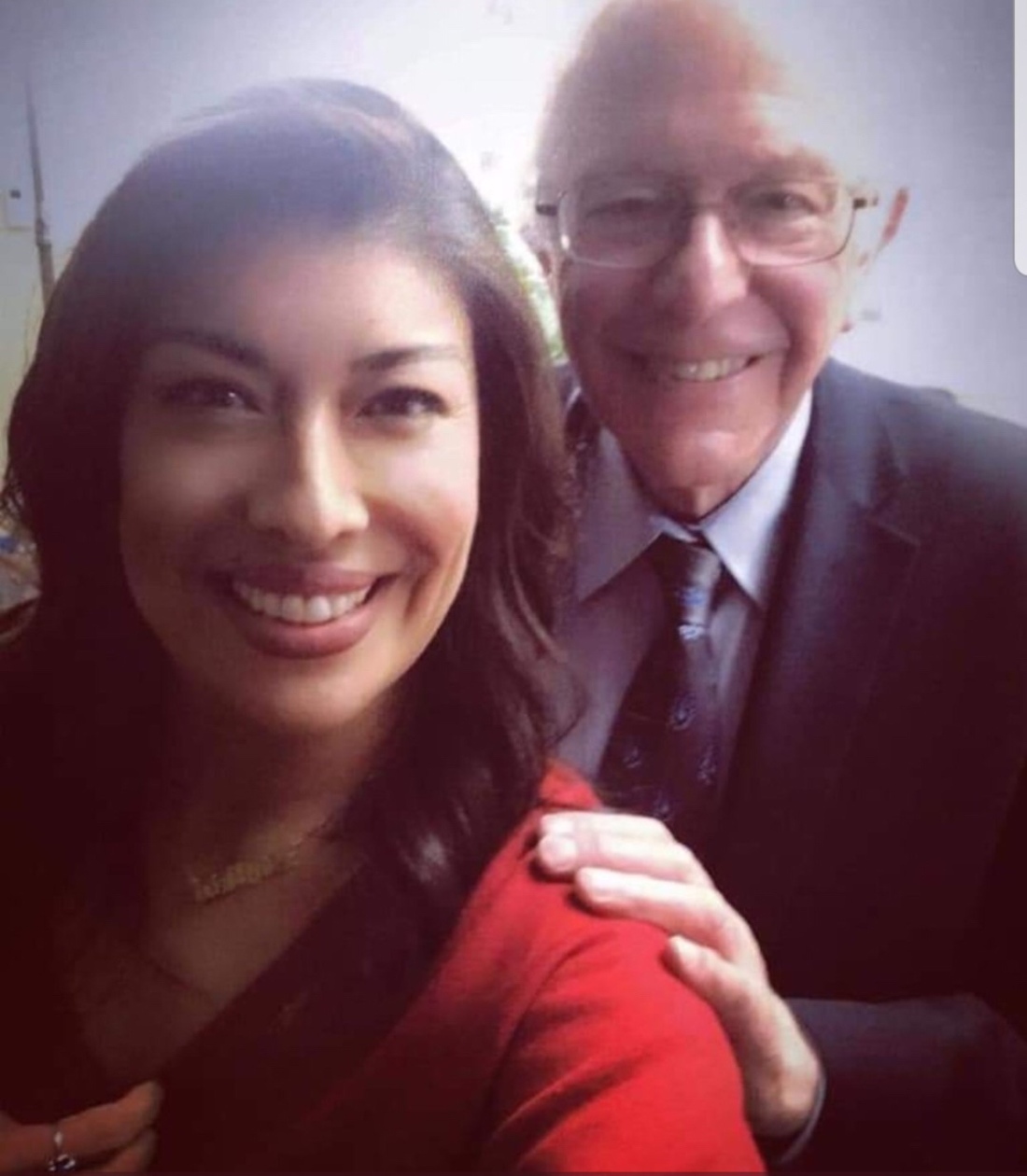 A thread written by @riotwomennn

Still, I vote blue, no matter who.

“There’s another Rhodes Scholar running for President who isn’t getting any attention. I wonder why.”

I searched for the answer.

Cory Booker is also running for President, and he too is a Rhodes Scholar. I didn’t know that. I don’t know why it’s never mentioned.

I also learned during my search that Rachel Maddow and Ronan Farrow are Rhodes Scholars, and I knew about Bill Clinton. It’s quite an achievement for them all, I’m very impressed. I am not a Rhodes Scholar.

Regardless, Cory Booker lost my vote for the primary due to the fact that he takes big pharma money and votes against reform. He voted against the Sanders/Klobuchar bill, mentioned above, the one that would have allowed Americans to buy pharmaceutical drugs from Canada, for a fraction of the price we pay here.

This is still America, and we are free to vote for who we like. Hopefully our votes will be counted. This is the time to discuss the candidates, rationally, checking facts with multiple sources.

I have to say this, don’t be like the “Bernie bros”: don’t slander the candidates, because one of them will be the Democratic nominee, and those attacks will come back to haunt us. Keep in mind, we are still being bombarded with Russian disinformation, and far right propaganda, so please research before you malign. Propaganda only works if we let it.

And— vote blue, no matter who.

3 thoughts on “Buttigieg and More”