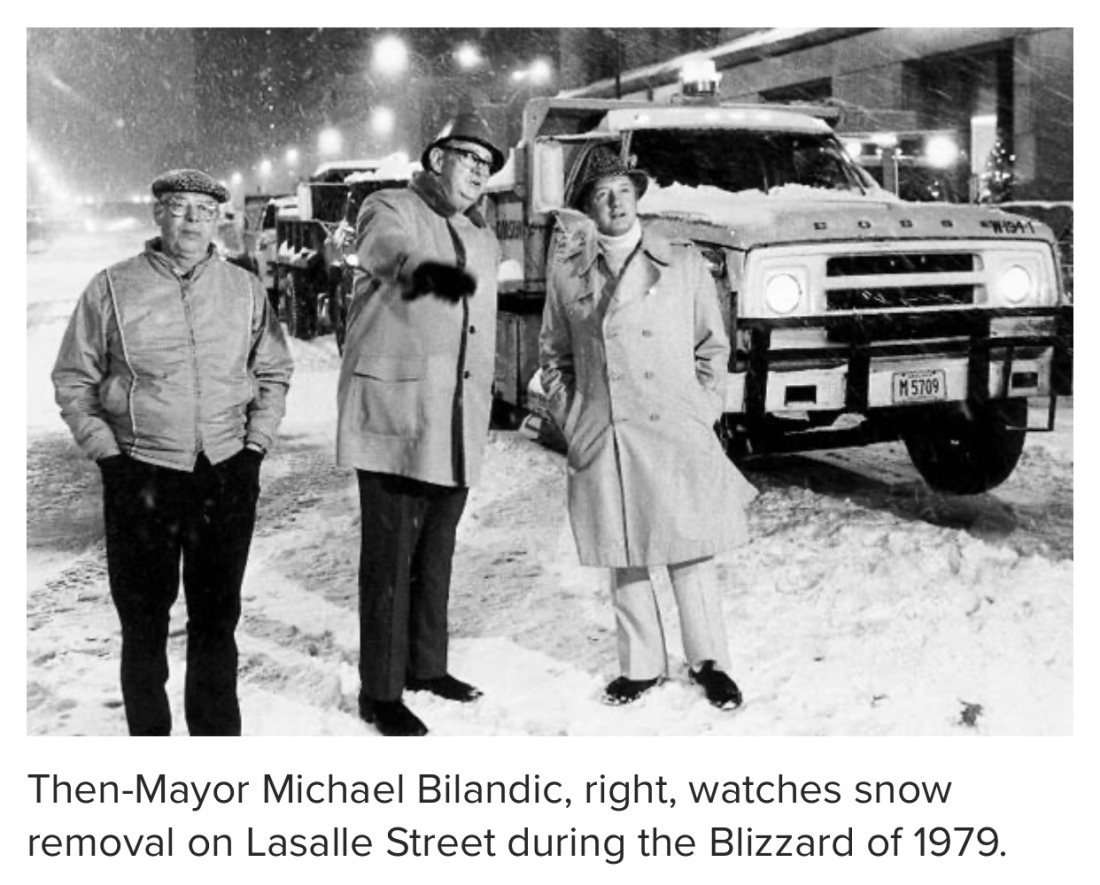 I grew up in Chicago before winters became mild. Chicago winters today are, like creamy peanut butter, for wimps. There can not be two opinions on this, because it is not opinion, it is a fact. Real men and women eat crunchy peanut butter. Likewise, pre-Y2K Chicago winters were crunchy, super crunchy, the stuff of legend. They made and destroyed political careers. 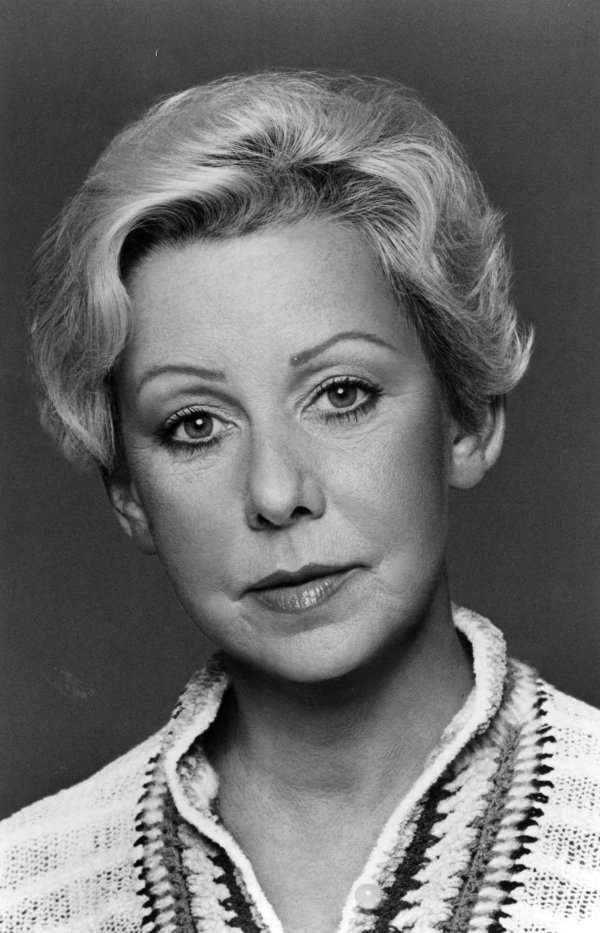 Jane Byrne wouldn’t have become the first female Windy City mayor had Mayor Michael Bilandic not laid a snowball during the snowpocalypse of January 1979. That storm immobilized the city for months, even though it was only fourth on the list of worst snowstorms in city history. 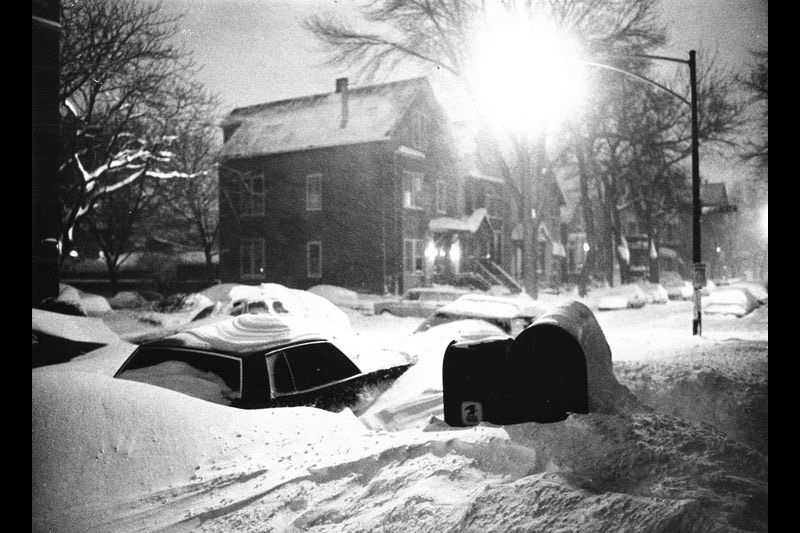 It wasn’t the 20 inches of snow that fell in two days that made that blizzard memorable, but Bilandic’s flaccid response to it that Chicagoans remember. 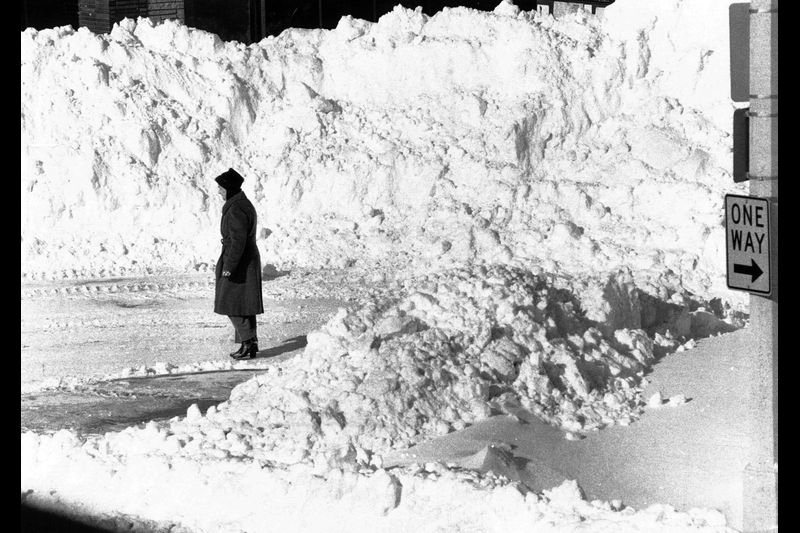 That winter’s wrath had only just begun. Before spring we had lived through the snowiest season on record— 89.7 inches. Bilandic never got ahead of it. The spring thaw is what eventually removed the snow.

Those were the days when folding lawn chairs had a dual function: in the summertime, they were used to enjoy the two weeks of tolerable weather we anticipated all year, and in winter they were used to claim rights to the parking spot you shoveled your car out of on the public street in front of your home. Do people in any other city do this? 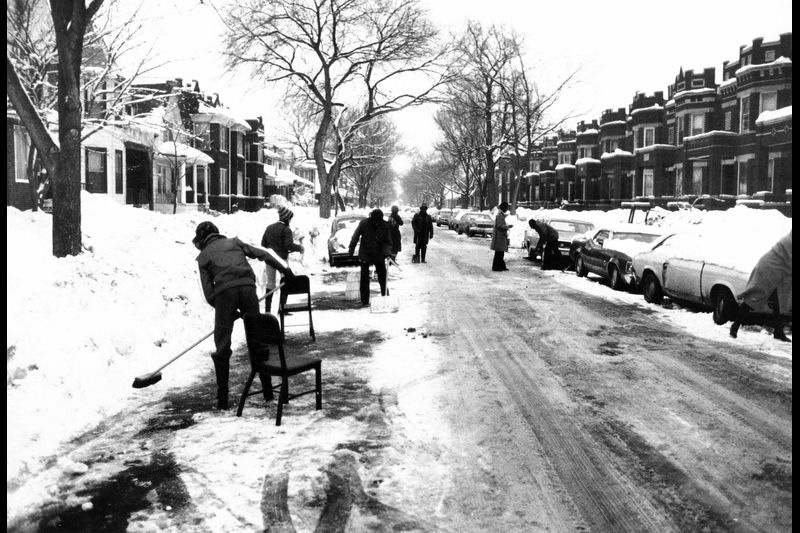 Although I only ate super-crunchy peanut butter and lived my life as such, I never had the nerve to reserve a parking spot even though I had spent half a day or more digging it out. Pre Y2K, before “road rage” there was “lawn chair rage.” Hell hath no fury like seeing someone else’s chair in the spot you dug out but I was always too wimpy classy to chair my spot, so I had only myself to blame. 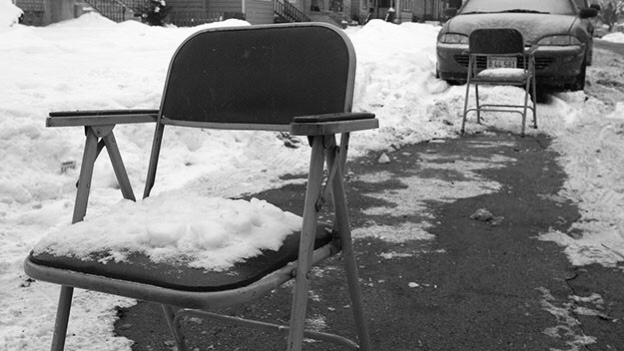 Why am I feeling nostalgic for a time I detested, days of teen angst I spent trapped in a dysfunctional home? I miss the simplicity, although it didn’t seem simple at the time. I miss my innocence, not understanding how corrupt the world is. 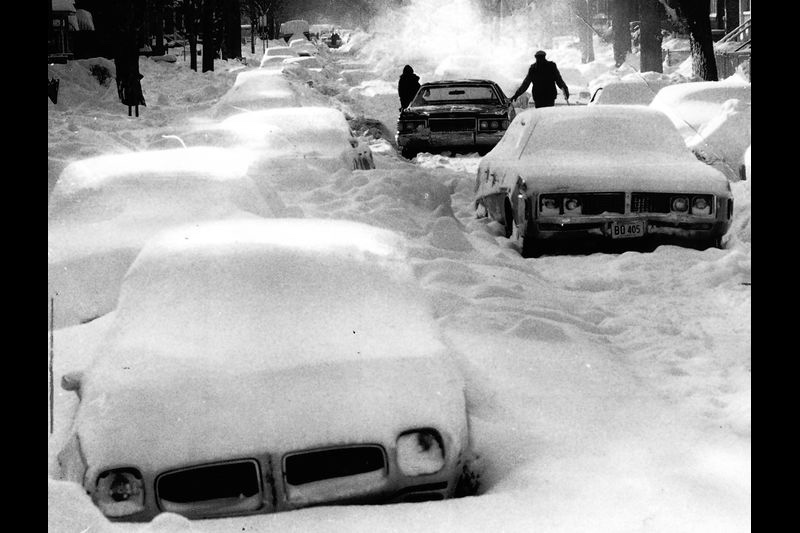 That snow in the winter of 1979 trapped ambulances, fire trucks, police cars, trash collectors, along with everyone else. People died because of a politician’s incompetence.

These last three and a half years have been challenging for us all. We who prognosticated, perhaps not the method but the end result of what bankruptcy baby-fingers would do, destroy the United States in short order, have had it harder than those caught by surprise; I think so anyway.

I’m feeling the weight of the world on my shoulders. Those of us who’s eyes are open to all the wrong being done and knowing we have no power against it, as yet, are suffering for it. I can’t be the only one.

Tuesday, November 3, 2020, we will have our strength back. Super crunchy Americans will make creamy peanut-butter out of this government, even if we have to bring our folding lawn chairs to help us wait out the long lines at the polls. Keep your eyes on the prize. The prize is humanity.