Of a faction, seemingly concerned,

With public good and social welfare 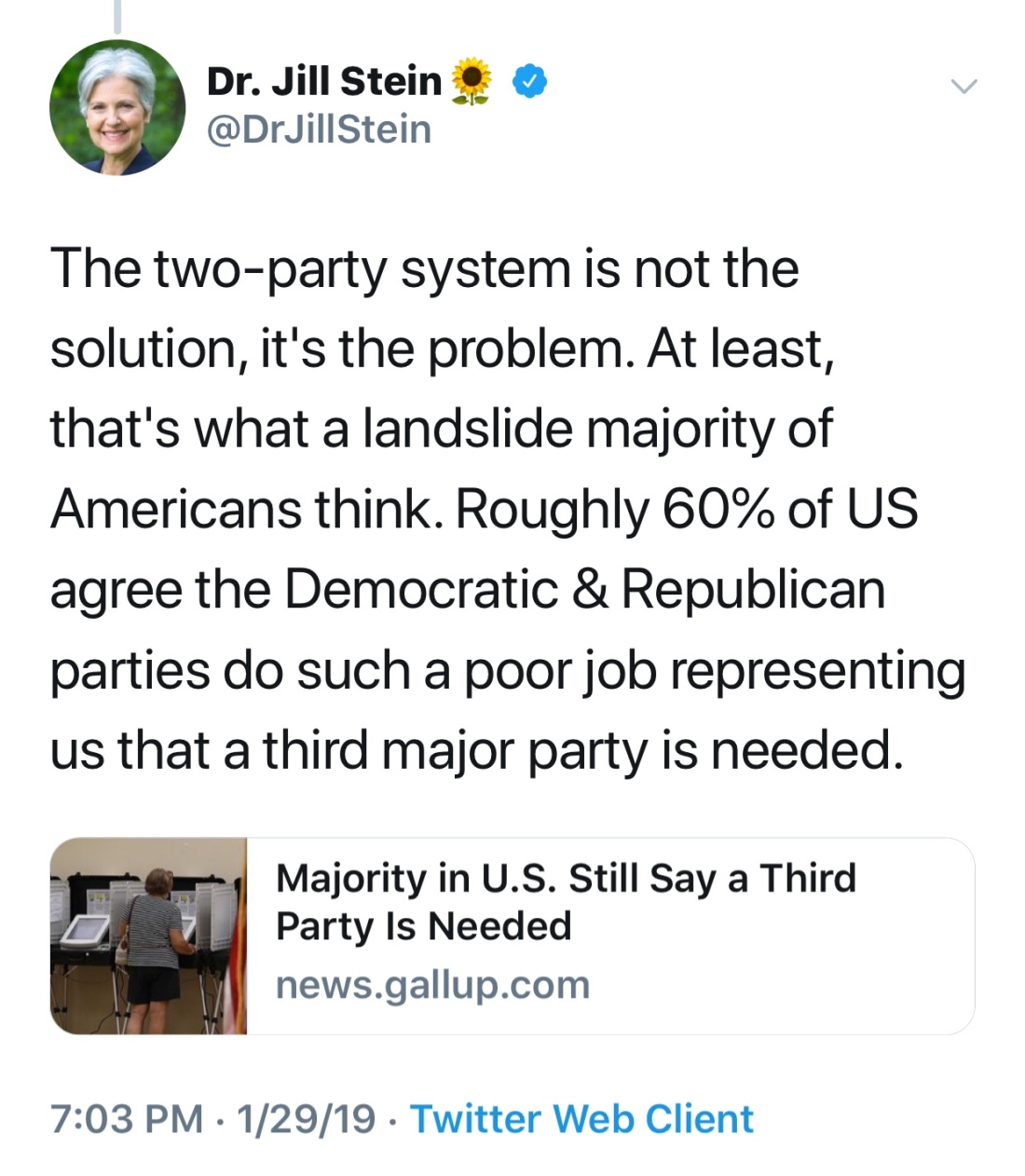 Doctor Jill Stein, you may recall

Her 3rd Party siphoned and forestalled

Democratic votes. What? She broke bread

The traitor acts solely to dilute

Liberal votes, she can attribute

Trump’s win to her participation…

Starbucks’ Howard Schultz, is the latest

There is a valid explanation

Billionaires want to run the nation

Aid Trump in being re-elected

A conspiracy, what I suspect

They are friends and neighbors. This was planned

Who likes his tax cut, at any rate.

Schultz: “I don’t want to talk in the hypothetical about what I would do if I was president.”

Asked during a recent interview

If he’d raise tax… I’ll explain to you

If you are running, you imbecile

Another group who are raising alarm

His campaign strategist has been named

Why did he fail to vote to maintain

Russian sanctions? What does he gain?

Explain the deal with Deripaska

He talks the talk “Medicare for all”

Votes with Trump… the writing’s on the wall