Monday, one day prior to Alabama’s special election to fill a vacant seat in the senate, at 1:36 p.m., four people, a Democrat, a Republican, an Independent, and a minister, were successful in a lawsuit they filed. As such, a Montgomery County Circuit Court judge issued an order directing Alabama election officials to preserve all digital ballot images created at polling places across the state today.

But at 4:32 p.m. the same day, a person whose identity remains private, filed an “emergency motion to stay” the order with attorneys for Alabama Secretary of State John Merrill and Ed Packard, state administrator of elections. That order was granted by the Alabama State Supreme Court. 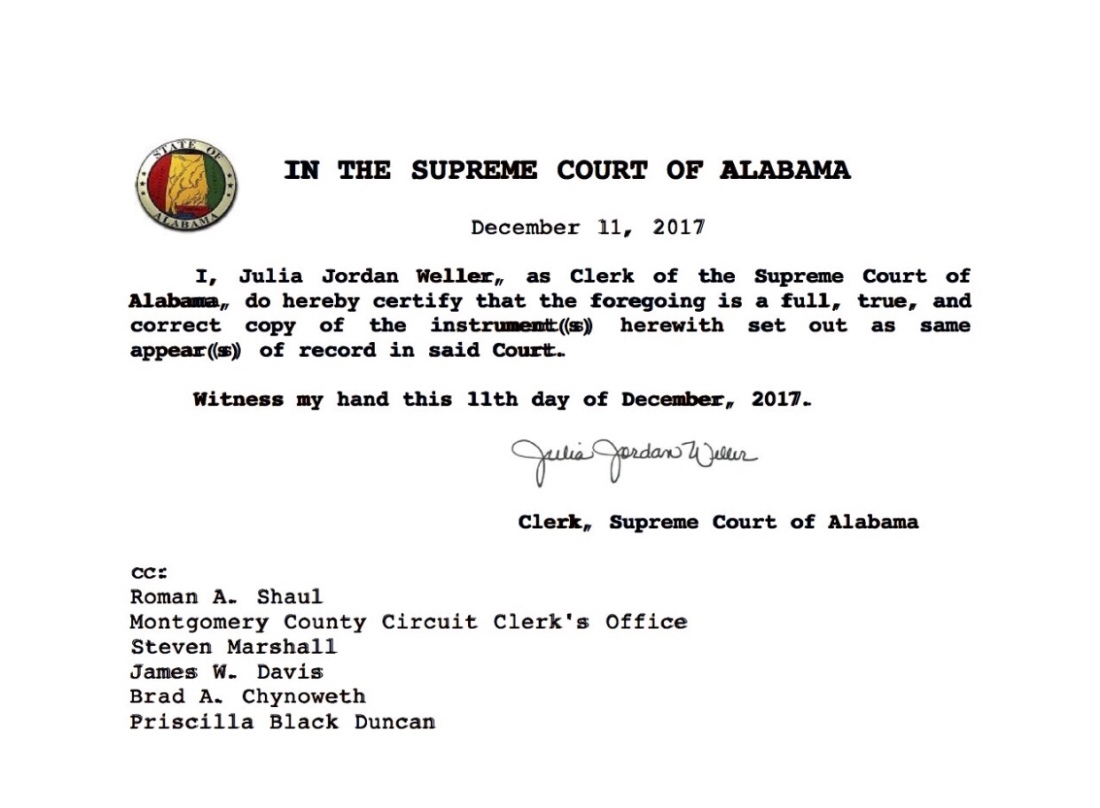 Now Alabama election officials have the right to delete all electronic voting records for today’s election…the election between a Russian speaking pedophile versus a Democrat. Donald Trump has been campaigning tirelessly for said pedophile.

One doesn’t have to wonder what purpose deleting digital records serves. Allowing a nameless person to overturn a ruling that will affect the entire country makes me wonder if democracy is just a theory here in Trumperica. Fair elections can not exist without records to verify votes. Is Alabama’s iCloud full? What not keep the records? This is corrupt and concerning.

Based on the events that took place yesterday, my money is on the Russian pedophile winning today’s election.

4 thoughts on “Why Does Alabama Want to Destroy Voting Records?”