All fingers crossed this morning with the hope a sting will follow the loud buzz that more arrests will be made today as a result of the Mueller investigation.

Meantime– Trump is on a rampage. (Note–“on a rampage” letters can be rearranged to spell the words ORANGE and MAGA.) Apparently an exiting White House staffer disabled Trump’s twitter account on their way out. It took 11 peace filled minutes to re-connect, and Trump seems to have short-circuited as a result–

Here he pretends to have read a book…

Here he acknowledges the anger Americans feel, but doesn’t acknowledge himself as the source of it. 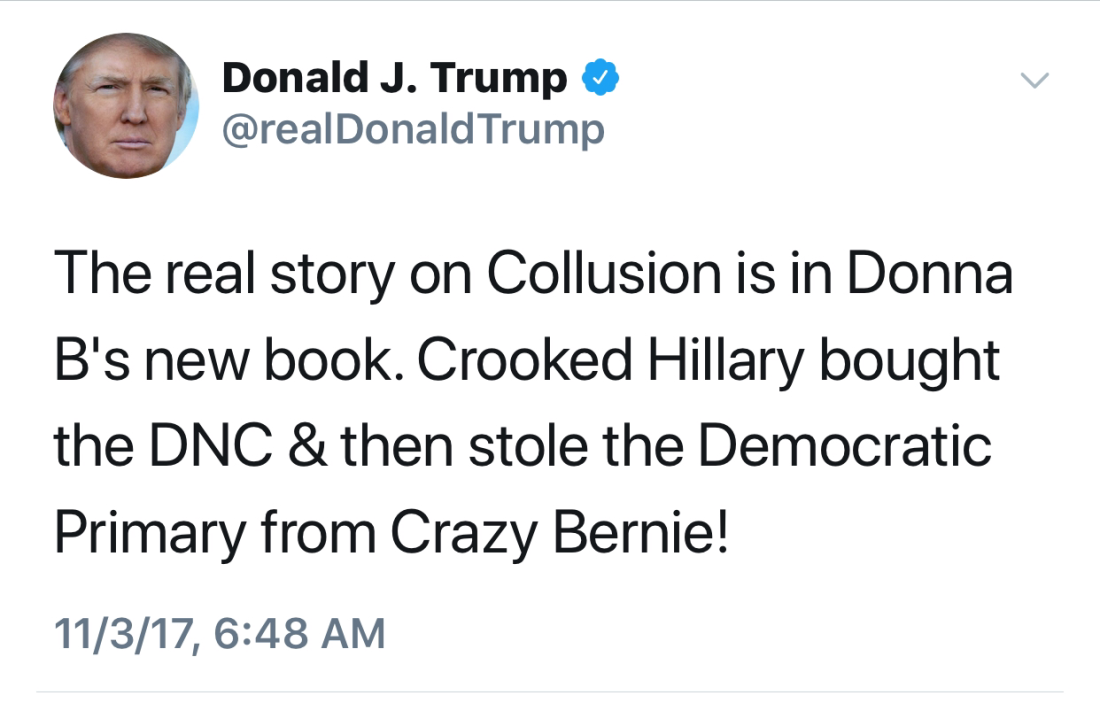 After calling the white man who shot over 500 people “sick,” he calls the man with more pigment who killed 8 and injured 12 a “degenerate animal.” (Hey NRA, what if instead of the rented Home Depot pickup truck the New York attacker had an Arsenal of your semi-automatic rifles? More carnage… ya think?)

Someone must have wrestled the phone out of his short fat hands because there has been silence for almost an hour.

In other twitter news, Bloomberg reports–Ex Twitter employee was ignored after reporting a massive proliferation of Russian and Ukrainian accounts in 2015.

Non-Twitter news– Everyone is discussing the “winners and losers” in the GOP tax proposal. I think we all know who wins and who loses in this bill. The only clue I will offer is the huge tax cut offered to those homeowners who purchase real estate at a cost over $500,000. And now we await news on whether Flynn, Kushner, someone else, or all of the above will join Manafort, Gates and Papadopoulos in Muellerhood.