McConnell’s plan was to end Trump’s impeachment trial before the Super Bowl, he says. Really he was trying to finish before more damning information came to light. He failed, but Trump will be acquitted regardless. There is clearly nothing that would have impelled GOP politicians to vote against their prize goose- with the golden toilet that must be flushed fifteen times.

Had Moscow Mitch gotten his original 4-day trial, the acquittal would have happened before excerpts from Bolton’s book were leaked, but it turns out that it didn’t matter. 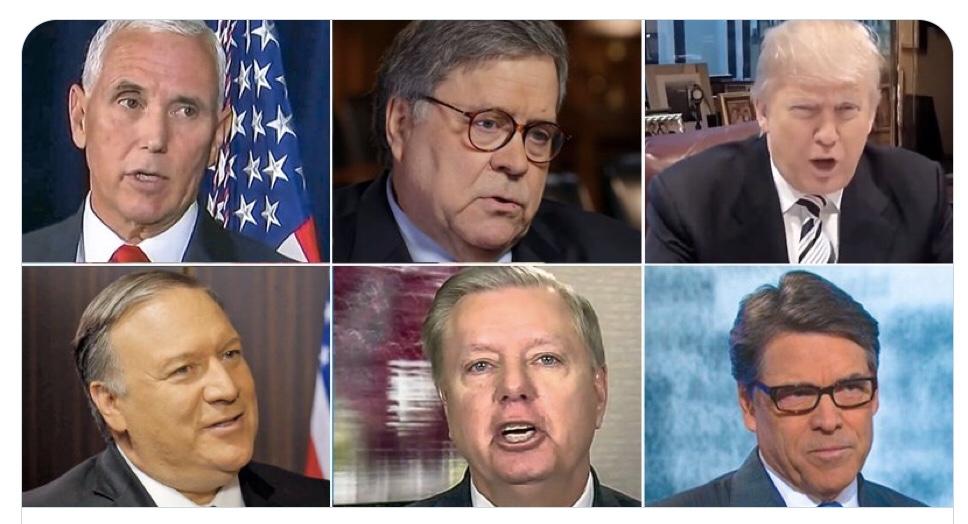 Lev Parnas may be an indicted criminal, but he has come forward with scathing information, implicating six in Trump’s inner circle: Pence, Barr, Pompeo, Graham, and that guy from Dancing With the Stars. Parnas has receipts, in the form of audio, and videotapes as well as other documentation. That also didn’t matter.

The vote to block witnesses and evidence may have come prior to Attorney General Bill Barr’s admission that he is withholding information, including 24 emails, providing proof of Trump’s intentions. He won’t release them until after the trial. Even if he did, it likely wouldn’t matter.

Cheating in an election doesn’t matter.

Seventy-five percent of those polled last week said they wanted to hear witnesses. Why would Senators vote against the wishes of 75% of the country? Fear and greed, threats and bribes, and a promise by McConnell that the public has a short memory— oh, and by blocking election security bills they’re likely not worried about election results because McConnell will control them. What the public wants doesn’t matter.

Some other new information: When the trial was imminent, Trump’s legal team “donated” thousands to the re-election campaigns of Republican Senators. How could that matter to the recipients of the bribes?

McConnell is unethical and ruthless, but we have the legitimacy of the constitution on our side, not to mention our superstars Pelosi and Schiff.

Speaker Pelosi had to know the Senate would not remove their leader, which would explain her decision to only bring two articles of impeachment against the con-man in Chief.

Impeaching Trump was not an exercise in futility. The GOP’s duplicity was exposed to a wider audience, as was their willingness to diminish the power of the constitution and their own branch of government to keep Trump in office. We heard their defense.

Now the House can impeach Trump again, with new articles, armed with a better understanding of the defense. There is more than enough material in the Mueller report alone to impeach Trump again, and again, two articles at a time, beyond November’s election. Andrew Johnson was impeached on 11 articles. Between the House Intelligence, Judiciary, Ways and Means, Oversight, and Foreign Affairs Committees, the House is in possession of enough evidence to move forward with new articles.

What have we got to lose?

One thought on “Impeach Him Again, Nancy”