Mayor Pete has had a significant lead- only in Iowa – since November. 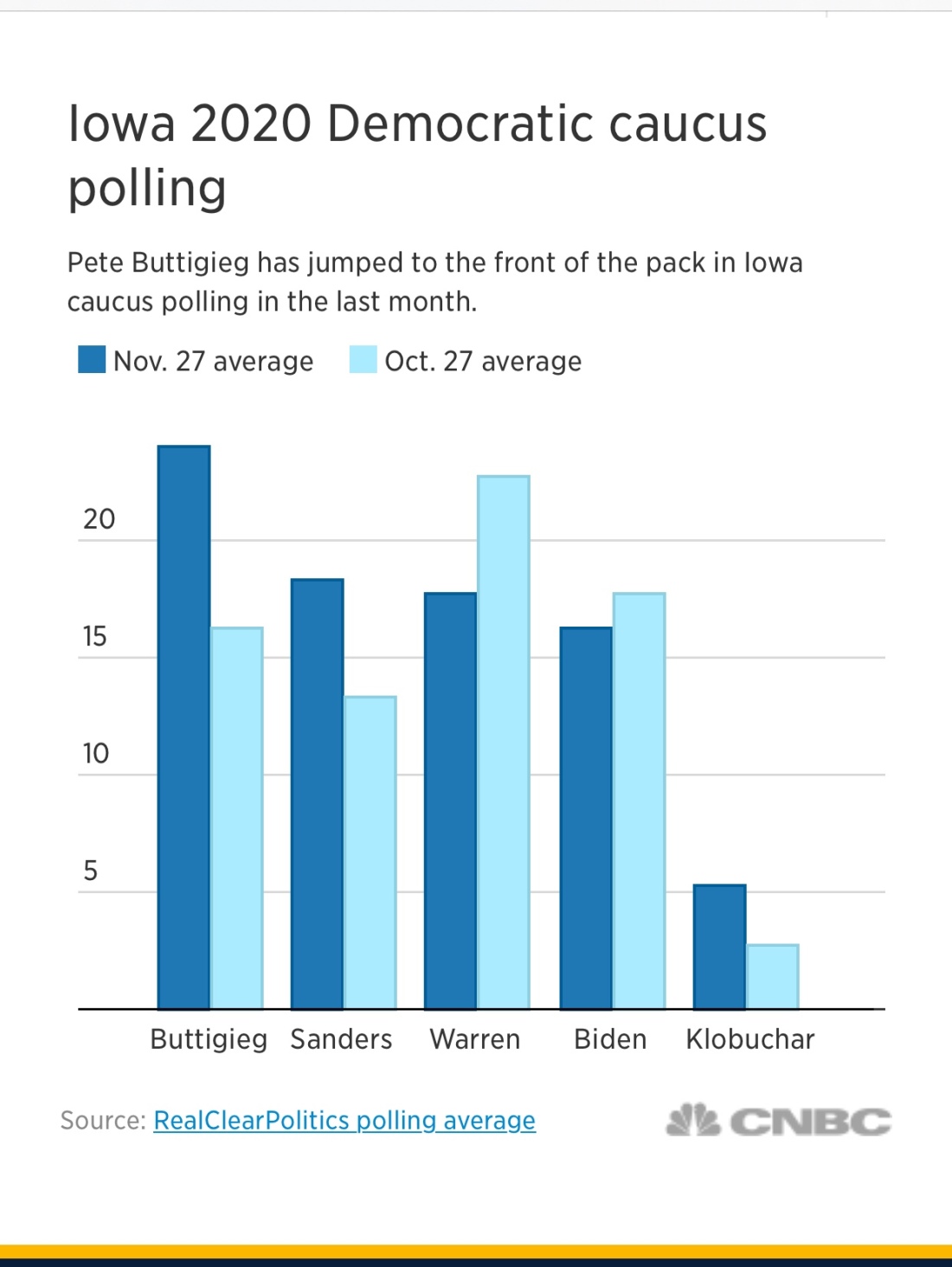 It’s been gradually dropping, but his win should not be a surprise. This graph is from NOVEMBER. Below is a link to a New York Times article, which I read in November. Why is everyone shocked Pete won?

Don’t get me wrong, I don’t trust the security of our elections but be aware that this is what Russian trolls did to convince Bernie supporters not to vote in 2016— one reason Trump is in office.

Divide and conquer. The trolls are out like crazy right now stirring dissension. Trump is doing it too: 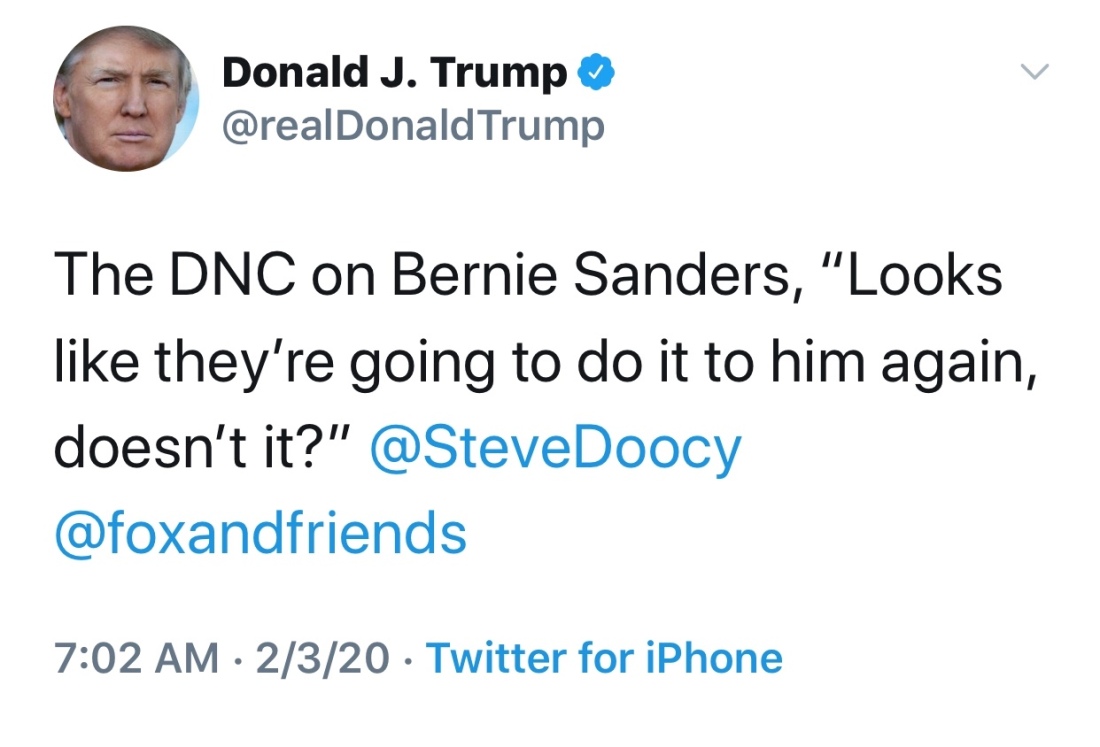 Let me add, I’ve read that Trump would like Bernie to be the nominee because he thinks he can beat him. Whoever the nominee is should have the full support of the Democratic party, and beat Trump.

Democrats need to be unified if we want to take back our democracy.

👆🏼 This is scary. How stupid are we that we will let Trump win again? These numbers Yang-gang numbers, 42% said they would not vote for anybody but their guy.

That behavior will give Trump a win. Vote for your favorite in the primaries, but in the general election VOTE BLUE, no matter who.

And for now: stay informed, don’t get sucked into divisive arguments with the ill-informed, and double-check to make sure you are registered to vote.

8 thoughts on “Why is Everyone Shocked at Mayor Pete’s Win?”