Tuesday’s the day. The debate over amendments for tRump’s impeachment trial will conclude and the Senate’s resolution will be adopted.

Two days ago, Moscow Mitch and the rest of the 49 members of the U.S. Senate signed an oath, swearing to be impartial jurors in the upcoming impeachment trial of Donny-two-scoops-tRump, pretender to the throne.

Despite having signed the oath to act as an ”impartial juror,” Moscow Mitch McConnell will argue against calling witnesses, claiming it’s not the Senate’s job to hear witnesses, that it was the responsibility of the House of Representatives. Be that as it may, or not be, some of the desired witnesses ignored House subpoenas and requests to testify, but some have said they would honor Senate subpoenas.

“Act as an impartial juror,” HA! (I stifle a portentous guttural guffaw) Don’t make me laugh. These were McConnell’s words a month ago:

“Everything I do during this, I’m coordinating with White House counsel. There will be no difference between the president’s position and our position as to how to handle this.”

Yeah, Moscow Mitch is a traitor to this country. He signed the oath anyway, despite requests that he recuse himself because of those statements. If he did recuse himself, he wouldn’t be able to force the outcome he wants to see.

But wait, look up in the sky! It’s a bird, it’s a plane, it’s the dish on my roof transmitting MSNBC’s Rachael Maddow Show.

We may have witnessed a game changer this week, regardless of the clear intentions of the Senate Majority Leader. In an interview that was seen by even more viewers than Hillary won the popular vote by in 2016, an unlikely hero for truth and justice has stepped out of the fetid steaming fecal murkiness that is this administration. 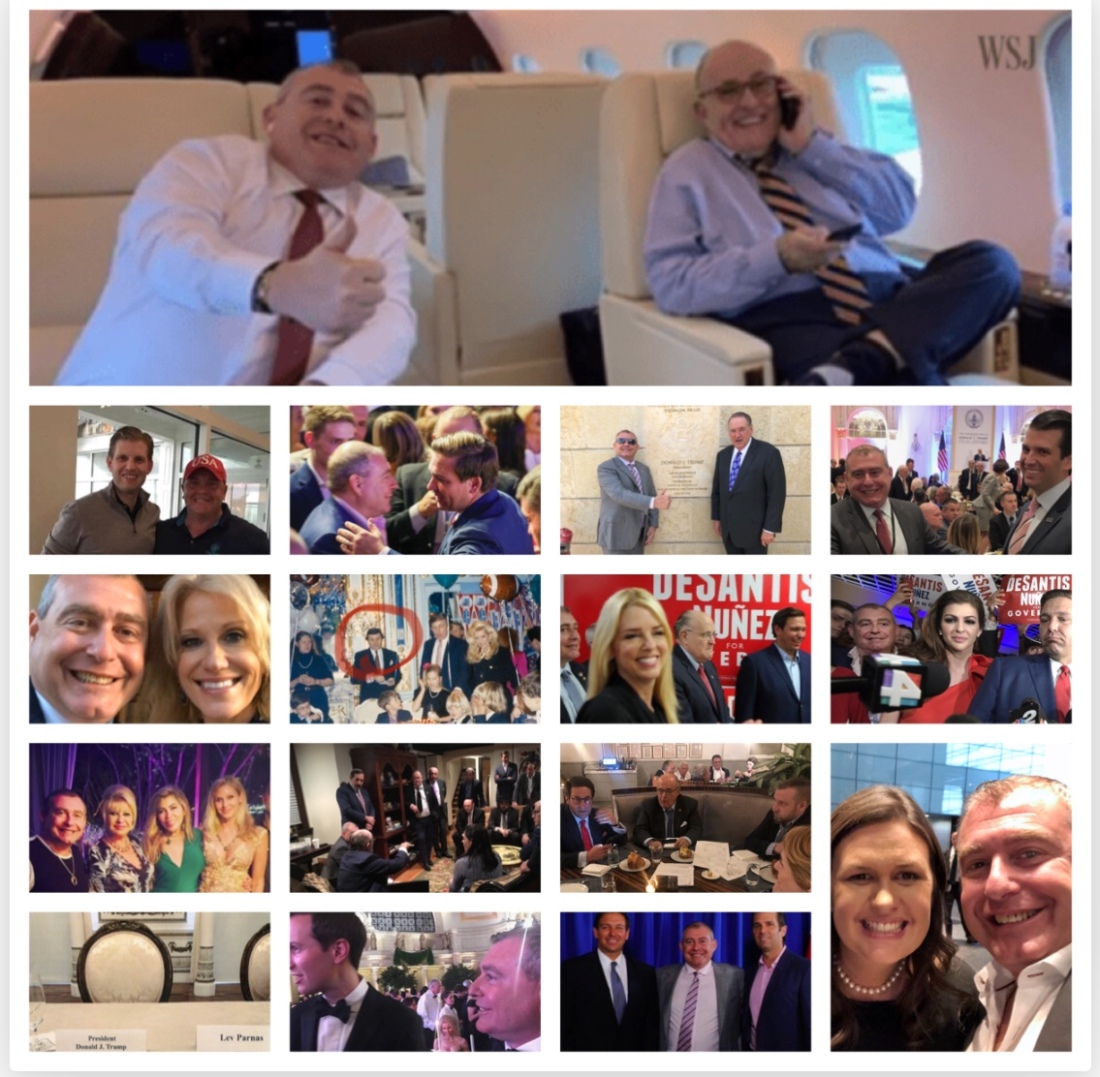 who is pictured with everyone at every event imaginable, has spilled the beans— lots of beans, implicating everyone from Devin Garbanzo Nunes, Mike Great-Northern Pompeo, Bill Fava-Bean Barr, Mike Lupini Bean Pence, and the Black Beaned soulless Orange-Ogre himself.

The response to Parnas by the usual suspects, and Trump, who claims he doesn’t know him, is to say that Parnas is attempting to get a plea deal for his recent indictment for campaign finance fraud, ie: planning to direct funds from a foreign government to U.S. politicians while trying to influence U.S.-Ukraine relations. I don’t think that was his primary motivation.

Parnas was a surprise. He came across as a smart straight forward guy, and with his attorney seated beside him, he answered every question believably. He was especially smart to do the interview, and subsequent others, because by sharing his now well-documented claims he may have saved himself from the fate of suicided pedophile to the stars, Jeffrey Epstein, who knew too much, and Thomas Bowers, tRump’s now dead Deutsche Bank loan officer, also suicided by hanging, who also knew too much.

Parnas may be the game-changer that forces a vote to hear witnesses at the Senate impeachment trial. In order to reach the requisite majority of 51, there need be only 4 Republican Senators to vote with Democrats, to hear witnesses, and Moscow Mitch’s hands will be tied. Don’t ever count on Senator Susan Collins. In fact, please IGNORE her constant act of despair and confusion. I’ll cage fight her if someone can organize it.

The witnesses we would like to hear from are not only Lev Parnas, but former national security adviser John Bolton, and the acting chief of staff Mick Mulvaney who said of quid pro quo:

Bolton denied a request to testify during the House hearings, and Mulvaney ignored a House subpoena.

Once the decision on whether or not to allow witnesses has been made, the House managers Speaker Nancy Pelosi has named will present opening arguments:

As of now, the entire process is expected to be divided along party lines.

Lev Parnas Worked For the Trump Organization in the 1980’s

3 thoughts on “Is Lev Parnas the Game Changer?”