We have received a sign that Special Counsel Mueller is not unaware Fred Flintstone has rolled over his work, and he’s not going to allow said Attorney General to continue to protect the obstructor in chief, by sitting on redactions.

A federal judge has unsealed a piece of evidence from Bob Mueller’s investigation, which shows that Mike Flynn’s cooperation included testimony, along with proof in the form of voicemails, that contact was made by people ”connected to” the White House and Congress in attempt to dissuade him from cooperating. 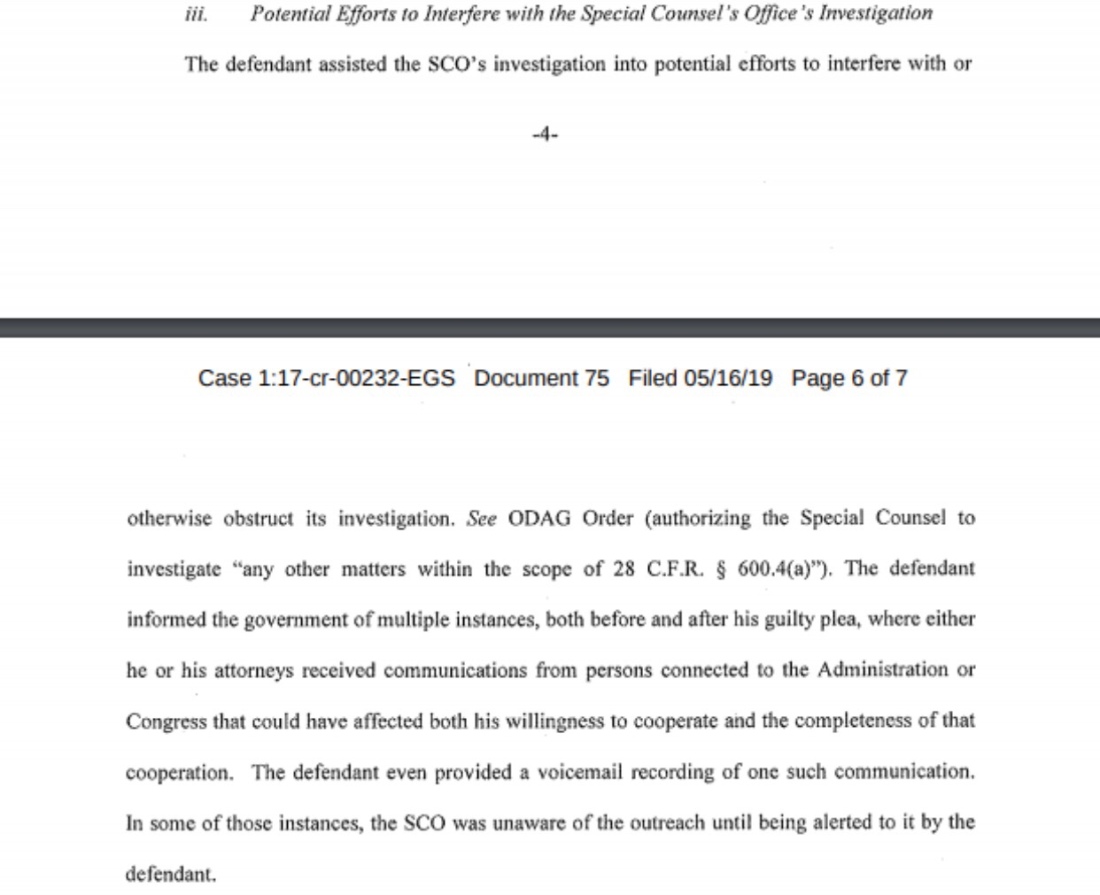 For those of you having trouble with the tiny print—

“The defendant informed the government of multiple instances, both before and after his guilty plea, where either he or his attorneys received communications from persons connected to the Administration or Congress that could’ve affected both his willingness to cooperate and the completeness of that cooperation. The defendant even offered a voicemail recording of one such communication.”

Lordy, there are tapes.

Hmm. 🤔 A person connected to Congress.

I devin imagine nunes it could be. If I matt take a gaetz, I’d mitch my mcconnells it was someone whose daily ryan was obvious. I lindsey it was someone whose behavior has become a graham erratic, cruz they aren’t good at hiding their guilty conscience. Jason case you chaffetz guessed who it might be, miller it over, steven if you’re nazi sure, it’s a harmless hobby.

Here is another voicemail message, this one left by a White House lawyer:

“It wouldn’t surprise me if you’ve gone on to make a deal with the government.”

Here’s hoping this is the first of many bits of evidence to be released. Wake up, media, because when all this information is un-redacted, we might use it to clean out Congress, and then we can focus on the White House.

It’s a pipe dream, but stranger things have happened.

We Have a Winner

One thought on “Who Called Flynn?”