The Mueller report puts the suggestion of impeachment, based on obstruction, in the hands of Congress. Donald Trump is responding to the fallout of the report by obstructing justice more brazenly.

“We’re fighting all the subpoenas. The Democrats are trying to win 2020… and they’re not going to win against me.”

He is obstructing Congress in their attempt to investigate facts described in the Mueller report.

Yes, he said that on the same day he said he’s fighting all subpoenas. 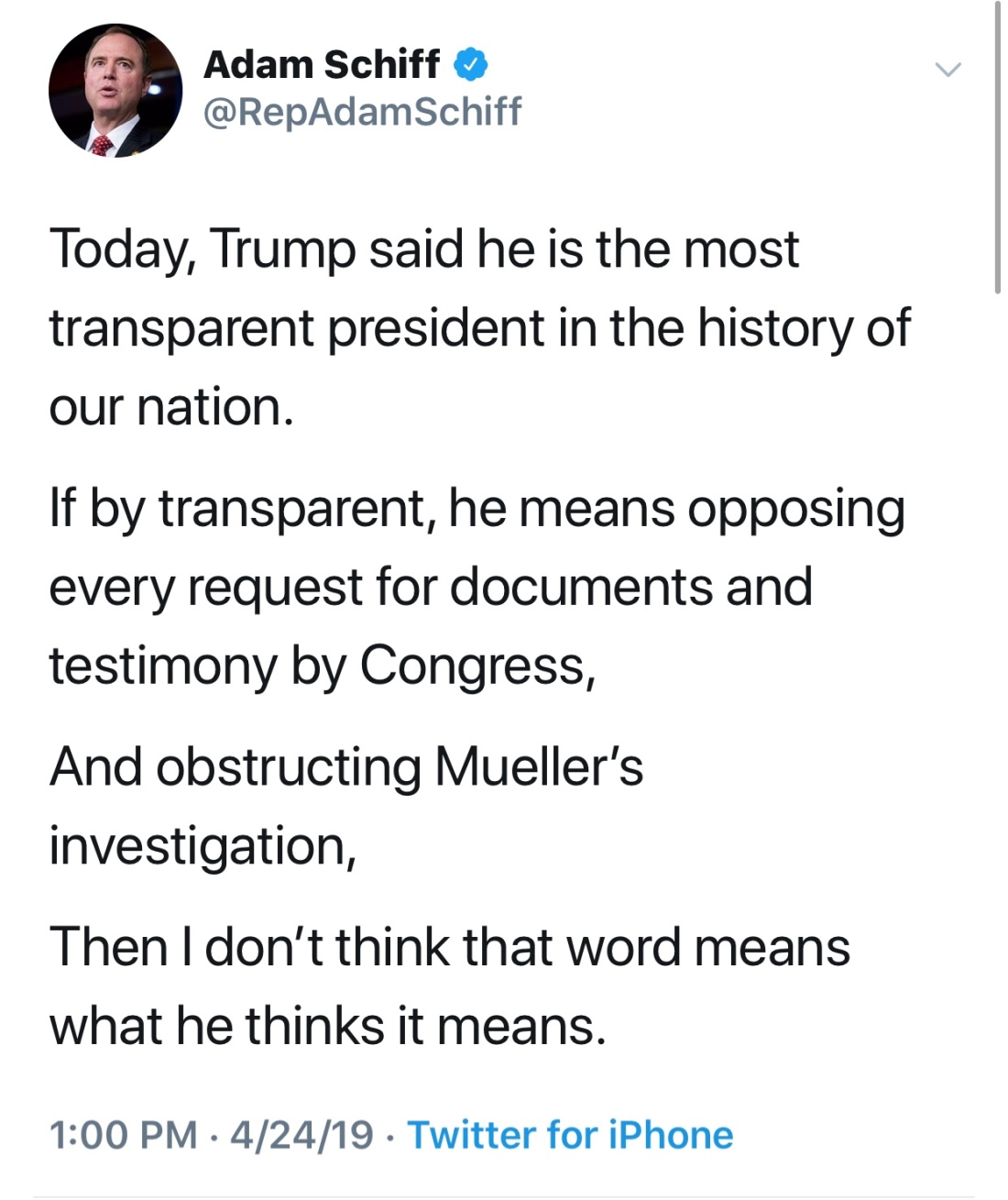 He is transparent, except for his medical records, his taxes, interfering with anyone testifying to Congress, his own testifying to Mueller, his meetings with Putin, etc.

He has ordered his entire staff to ignore all subpoenas from Congress.

So, Stephen Miller has refused to testify regarding Trump’s immigration policy.

Steve Mnuchin, treasury secretary, has ignored House Ways and Means Committee’s deadline to turn over Trump’s taxes to the committee, again, and has set his new deadline in May.

*Spoiler* He won’t meet that deadline either. 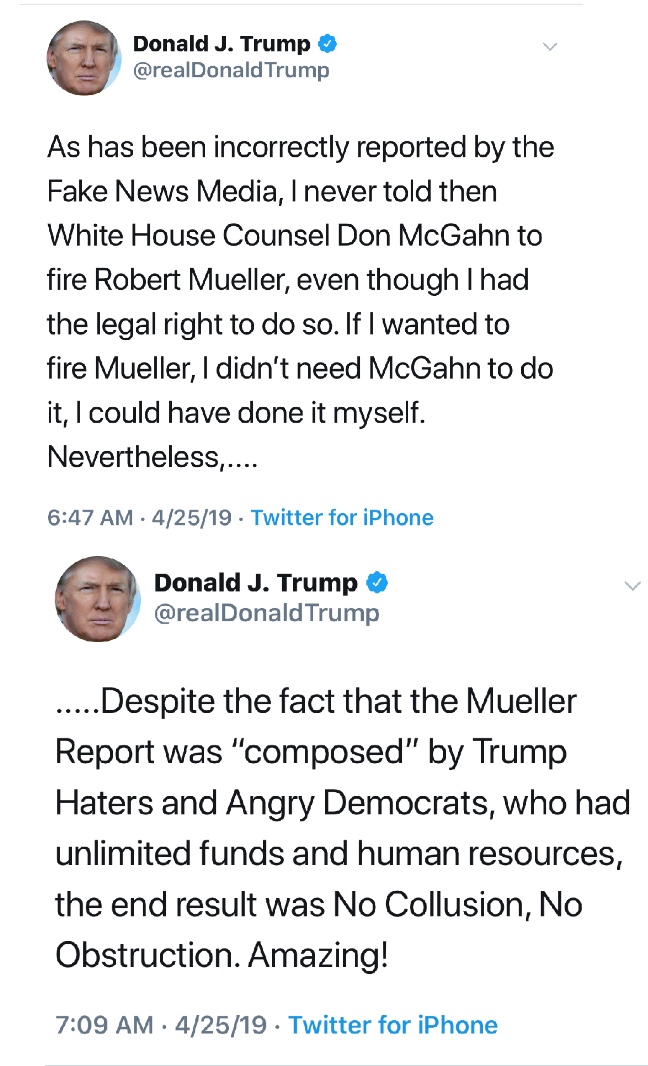 Trump won’t allow McGahn to straighten out what he claims is “Fake News.”

House Democrats are considering monetary punishment, by way of withholding pay, for those who ignore subpoenas… yawn. They won’t care.

“What we’re witnessing from the Trump administration is “contempt of Congress, contempt of law, contempt for the American people.” ~ Harvard Law Professor of Constitutional Law, Lawrence Tribe

In related news, for those of you who still harbor doubt that Attorney General Bill Barr is a Russian asset, like Trump, this should clear that up. Barr has joined Russia in requesting Russian gun activist and spy, Maria Butina, be sent home to Moscow without serving her sentence. He is asking a judge to allow her deportation, and in so doing, eliminating a key witness to dozens of crimes.

“Butina is a key witness in dozens of crimes, who claimed that she was the channel for Russia approving the American SECRETARY OF STATE.”

Meanwhile, Rudy Giuliani is the latest Republican to have successfully met all the qualifications to be awarded an honorary Ass Clown Certification. Congratulations, Rudy!

Rudy Giuliani openly threatens Clinton: She ‘better get a lawyer’