U.S. unemployment numbers have reached a ten year high at 22 million. This won’t bode well for Trump and the GOP come November. Trump dropped the COVID19 ball for 70 days, although new information tells up that he knew about the impending pandemic as far back as November. He wasted months golfing and holding rallies where he called the virus “a Democratic hoax” designed to make him look bad. As we have come to expect, he has chosen many scapegoats. He sat on the information, allowing the pandemic to hit us hard and fast, but blames various state politicians, and the World Health Organisation. They warned him in early January.

Now his worst fears have been realized: bankruptcy boy has destroyed the U.S. economy before the 2020 election. 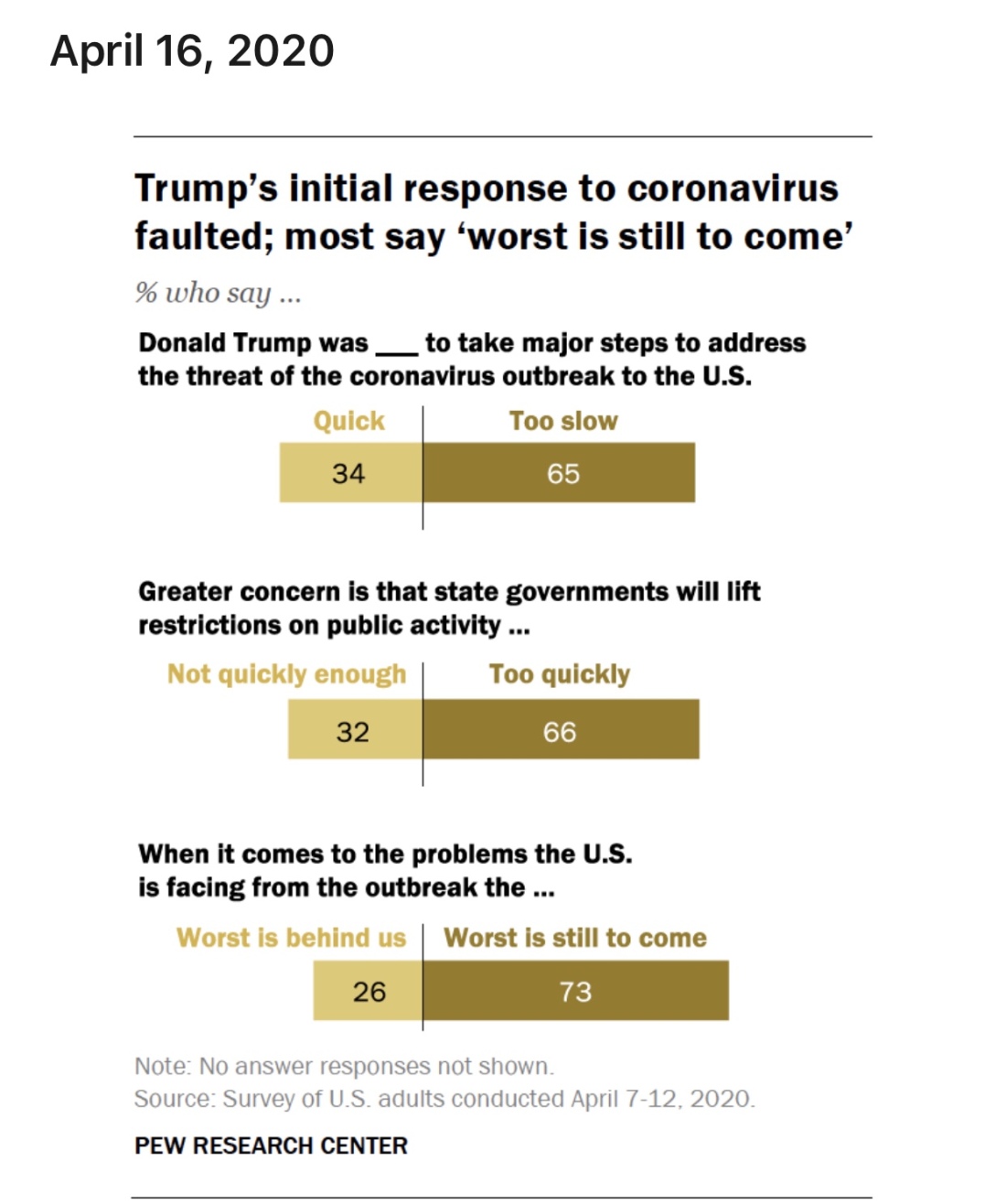 Statistics tell us it takes 30 months to recover from an economic slide. Whether this slide is temporary or longterm is a point of contention. Trump and his GOP members of Congress want to lift stay home orders despite knowing that the act would kill thousands of more people. Your death is a risk they’re willing to take.

Members of a Michigan conservative group, that can be traced back to the (Betsy) Devos’ family, succeeded in what they called “Operation Gridlock,” The Facebook event had people slowly driving around the state capitol building in Lansing to create a traffic jam. The gridlock blocked Ambulances and kept hospital workers from reaching their jobs. The right-wing activists may have cost people their lives. 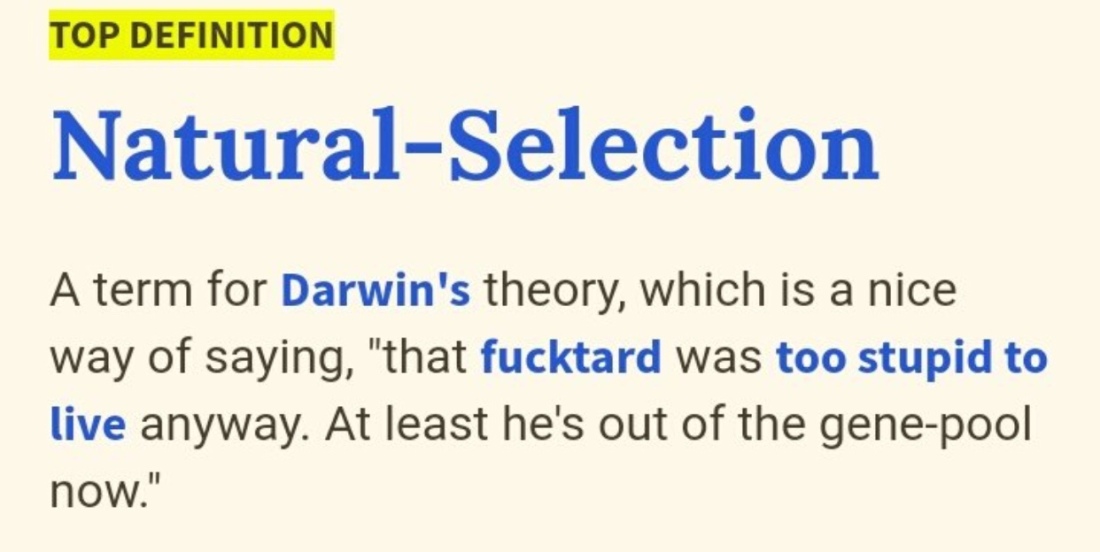 The crowd of protesters, armed for battle, literally, gathered around the capital, defying distancing standards, holding Trump signs and chanting “lock her up,” and “Recall Whitmer.” Governor Whitmer (that woman from Michigan) is on Trump’s revenge list because she has consistently refused to bow down and kiss his ring.

The Washington Post has reported that a “leaked CDC and FEMA plan warns of ‘significant risk of a resurgence of the virus’ even with a phased reopening.”

The warning is that public safety is at risk if mitigation efforts are relaxed too quickly before vaccines are developed and distributed or broad community immunity is achieved, even with a “controlled” reopening of schools, businesses, and other public activity.

Trump is willing to risk lives for the stock-market. While he tells us everything is under control and urges Americans to ignore stay at home orders, news reports tell us that yesterday’s death toll in the U.S. reached an all-time high for a single day, 4,591.

History break: There were three waves of the 1918 Spanish Flu. The second and third waves were deadlier than the first. WWI is the reason the second wave killed most people and lasted the longest. It was spread by soldiers, and the government didn’t impose isolation because that would have interfered with war efforts, like building up munitions.

Voices of dissent coming from GOP members of Congress:

“It is policymakers’ decision to put on our big boy and big girl pants and say it is the lesser of these two evils,”

“If we continue to keep the economy shut down for weeks and months there is going to be enormous public health harms from that, we’re going to see mental illness issues, increased suicide, alcohol abuse…,”-

“We’ve got to open this economy, if we don’t, it’s going to collapse. And if the U.S. economy collapses, the world economy collapses. Trying to burn down the village to save it is foolish. That’s a cold, hard truth,”

Speaking of Louisiana, a Louisiana pastor, Tony Spell, has asked his parishioners to send their stimulus checks to churches instead of buying food. My thoughts on organized religion… they are organized.

With the GOP’s proclamation that the worst is behind us, they call for the reopening businesses. The number of reported cases and deaths continues to rise despite the attempts to disguise the truth by regulating testing. A fraction of people who are symptomatic are tested. Death certificates claiming the cause of death was pneumonia have shot up, and it is likely those deaths can be attributed to Covid19.

Hospitalizations have leveled off because people have opted to be sick at home. Most of those who seek hospitalization are not tested. This is by design.

These stories are endless. Where are all the tests? Like the dish and spoon, they ran off with the masks and gloves. The richest country in the world has healthcare workers wearing garbage bags as protective gear.

This administration claims it was the responsibility of State Government to stockpile supplies— meanwhile, state orders of gloves and masks are intercepted by the federal government, for Trump’s use. What’s his is his and what’s yours is his.

“Governors are supposed to be doing a lot of this work. The federal government is not supposed to be out there buying vast amounts of items and then shipping. We’re not a shipping clerk.” ~Trump

”I don’t take responsibility at all.” ~Trump

“When somebody’s president of the United States, the authority is total. And that’s the way it’s got to be. It’s in total. It’s total.” ~A Very Stable Genius

How has Trump personally evaded this virus without wearing a mask? He called COVID 19 a hoax and continued holding rallies and he golfed right up until March. Other members of congress have tested positive, why not him? The reason is simple- anyone who he might come in contact with has to test negative for COVID19 first.

Trump is desperate to reopen businesses so the economy will recover despite risking millions of lives. We can’t safely reopen the country without an immunization, at the very least we need testing to know who should be quarantined.

After cutting taxes and throwing bailout money at big business, Trump is trying to persuade executives to open their doors. He doesn’t want the rich to suffer. He would have you believe that we have to risk death to preserve future prosperity. Those at risk are expendable low wage earners. Trump believes he deserves his lifestyle and that sacrificing the poor is a small price to pay.

Lucky for us, Trump doesn’t have the authority he claims. Governors decide when to open their states. Democratic Governors Tim Walz of Minnesota, Tony Evers of Wisconsin, Gretchen Whitmer of Michigan, J.B. Pritzker of Illinois, Andy Beshear of Kentucky, Republican governors Mike DeWine of Ohio, Eric Holcolm of Indiana have announced their states will coordinate on reopening, and they will not make a decision until April 30. Likewise, several states on the west coast have banded together, as have states on the east coast for the same purpose. The country is now divided into three unified sections. The south has yet to take a stand. Putin’s goal in grooming Trump for the presidency was to divide the country. In this, he has succeeded.

We need a president who will make us the United States again.