No, I’m not watching Trump’s defense team project and dissimulate. I have crossword puzzles to work on, and paper airplanes to fly, a fidget spinner that must be spun today, a book to read, and I’m sketching a picture of my sofa. I’m busy.

I also wanted to share my thoughts on Trump’s intimidation techniques. 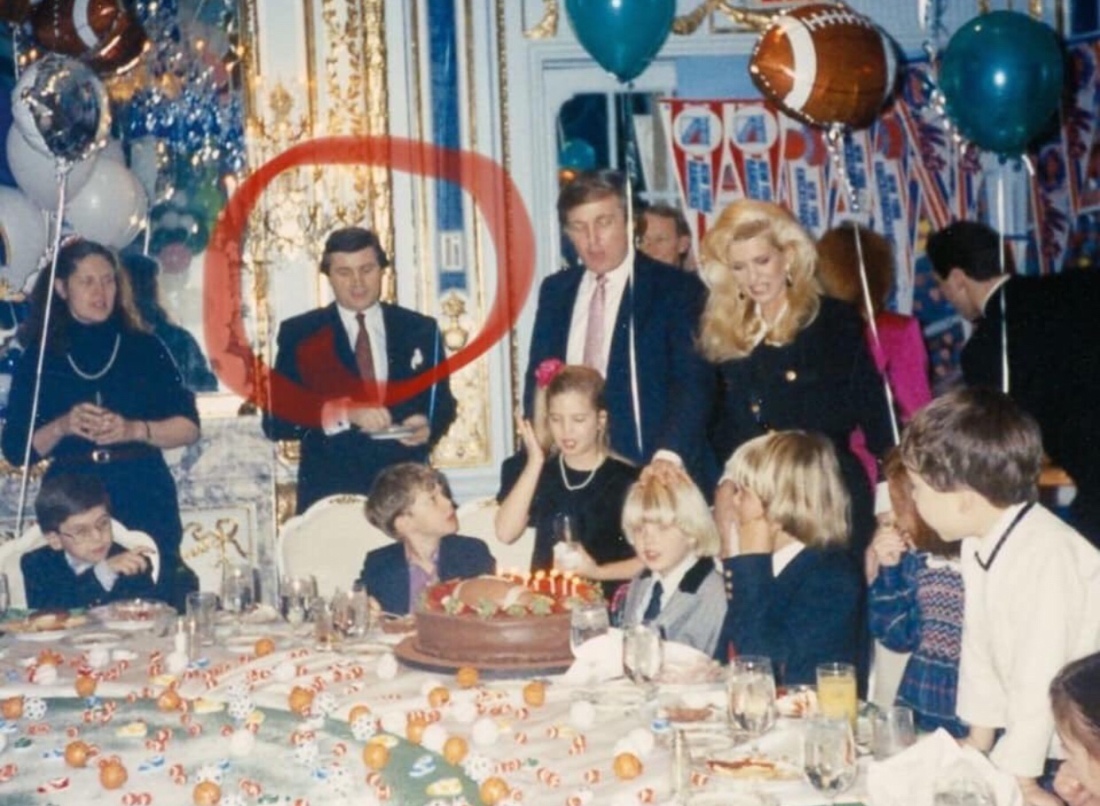 Lev Parnas is an associate of Rudy Giuliani, you know who Rudy is. Lev was arrested in early October for “planning to direct funds from a foreign government to U.S. politicians, and attempt to influence Ukraine’s relations with the U.S.” Parnas went down for taking part in Trump’s extortion plot against Ukraine. Parnas is a man Trump “doesn’t know,” although he is in several photos of Trump, including one of Ivanka’s tenth birthday party. (see above) 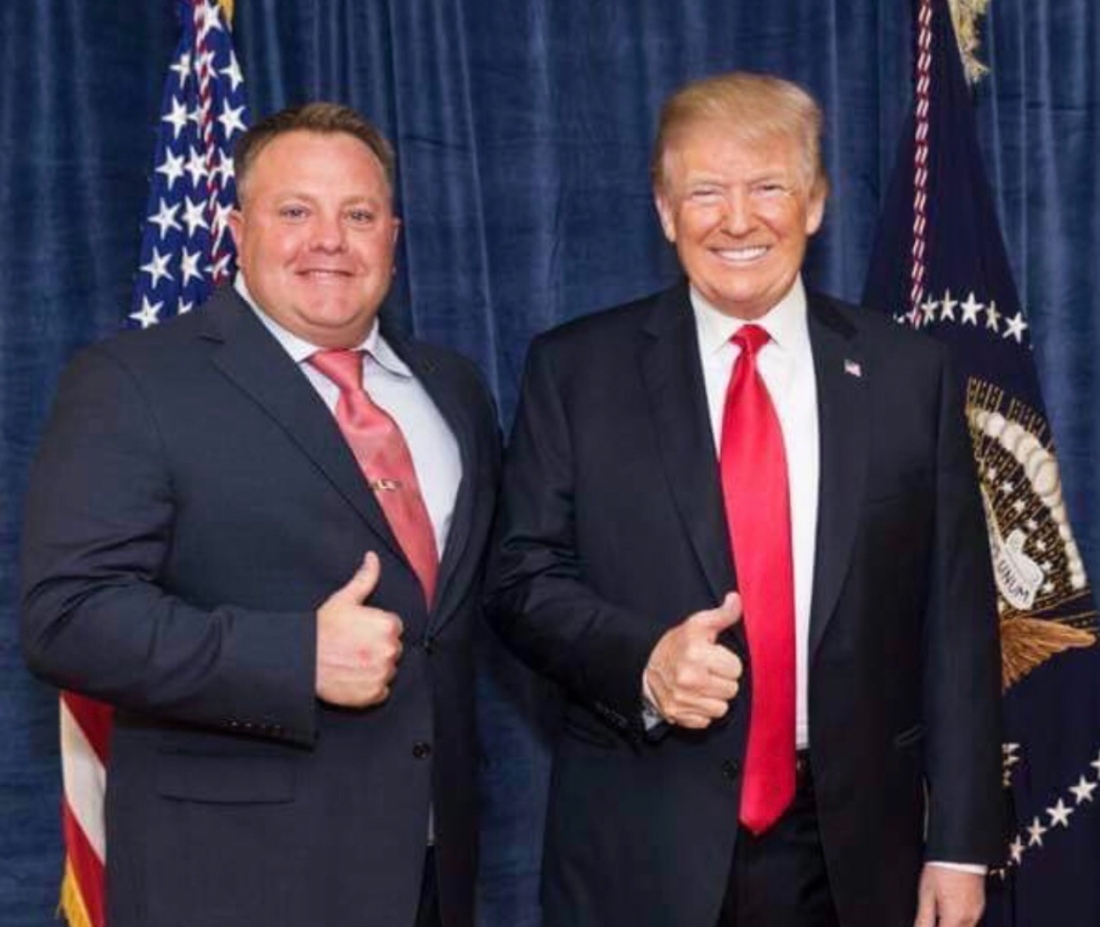 Robert Hyde is a former marine, turned frequently intoxicated thug who was involved with Parnas in the shakeup at the American Embassy in Ukraine, he’s also planning to run for Congress on the GOP ticket.

Igor Fruman is another associate of Giuliani’s, frequently photographed with Trump, often found beside Lev Parnas. He was arrested with Parnas at Dulles International Airport, and charged with the same crimes.

Marie Yovanovitch is an American diplomat, who has served this country for 40 years. She’s a former Ambassador of the United States, to Ukraine, a member of the senior ranks of the United States Foreign Service, and she’s also one of Donald Trump’s targets. Why? Because she had a reputation for fighting corruption.

Moving on, Parnas is cooperating with Congress because Trump threw him under the bus, and because by purging all his information he may not meet the fate of others involved with Trump, who knew too much. 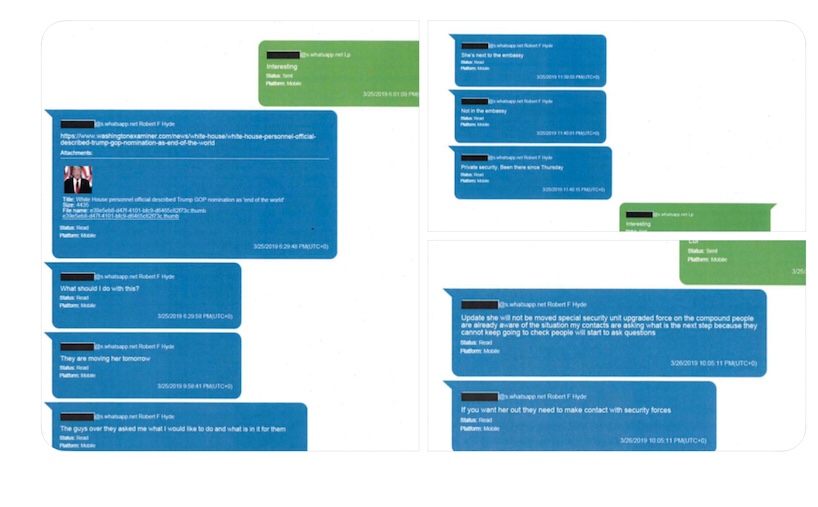 Among Parnas’ items of interest is a thread of text messages between himself and Robert Hyde, in which they discuss helping Trump with his problem, Ambassador to Ukraine, Marie Yovanovitch.

Hyde’s remarks in a series of text messages indicate that Marie Yovanovitch, the U.S. ambassador to Ukraine, was being followed for some nefarious reason:

She under heavy protection outside Kiev.

She’s talked to three people. Her phone is off. Computer is off.

She’s next to the embassy.

They know she’s a political puppet.

They will let me know when she’s on the move

They are willing to help if you/we would like a price.

Guess you can do anything in the Ukraine with money… what I was told.

If you want her out, they need to make contact with security forces

Gangstas at werk, but gangsters work on orders from their boss. Who made these orders?

The transcript of Trump’s July 25 “perfect phone call,” to the new Ukraine president, Volodymyr Zelensky, the one that set off the chain of events that led to Trump’s impeachment for abuse of power, included more threatening mob speak, spoken by Trump, about Marie Yovanovitch:

“…the former ambassador from the United States, the woman, was bad news bad news.” “She’s going to go through some things.”

While she testified before Congress, Trump tweeted about her, which could be considered witness intimidation.

If that isn’t enough mob politicing for you, just yesterday an audiotape was released of Trump at dinner with Parnas and Fruman. They discuss Yovanovitch, the anti-corruption diplomat, and you hear Trump seemingly call for a hit.

Maybe he meant they should fire her, or maybe take her out to dinner, but I don’t think that’s what he meant. Trump has no problem ordering or knowingly permitting hits: Khashoggi, Epstein, Soleimani, maybe his Deutsche Banker, Thomas Bowers, who else?

This is the fourth threat to Yovanovitch, that we know of.

There will be more tapes. (Lordy.) More people will come forward. We’ll see the documents. Will it be too late?

Not enough mob stuff? Okay, one more— A Trump insider told a CBS News reporter that Republican Senators were warned:

“Vote against the President and your head will be on a pike.”

Is this what he meant? No wonder everyone is afraid of Trump.

Whatever, look, I get it now.