In today’s news, Donald Trump asserted executive privilege, in a strange attempt to circumvent Contempt of Congress charges against his Attorney General, Bill Barr. The House Judiciary Committee’s hearings and vote are being held today. 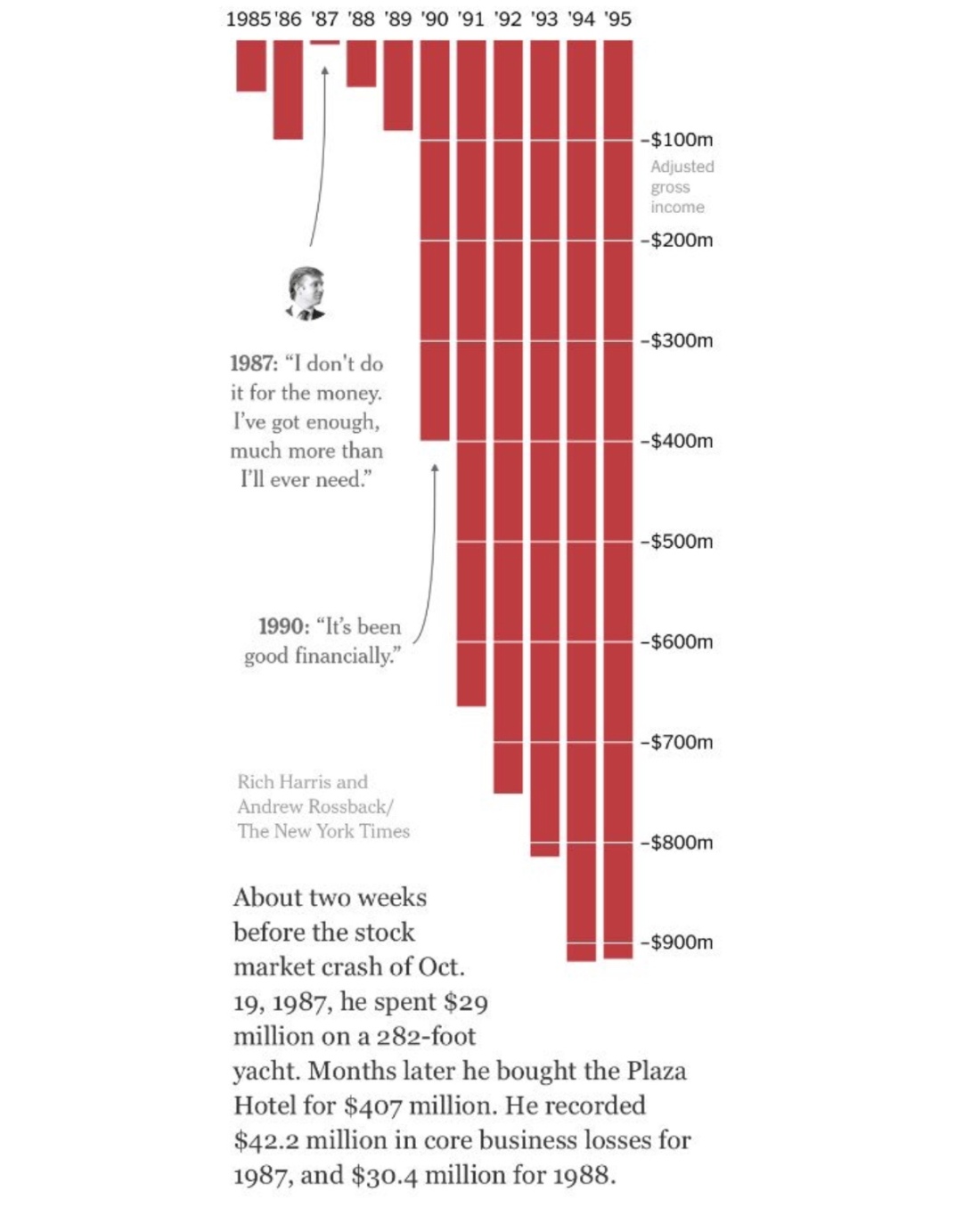 That big news seems to have been overshadowed by the New York Times story that discloses a decade of Trump’s taxes from 1985 to 1994. The story chronicles Trump’s business failures and highlights the fact that he lost over $1 billion in that decade.

”The numbers show that in 1985, Mr. Trump reported losses of $46.1 million from his core businesses — largely casinos, hotels and retail space in apartment buildings. They continued to lose money every year, totaling $1.17 billion in losses for the decade.” ~New York Times

The story goes on to say that year after year Trump appears to have lost more money than any other taxpayer in America.

I thought this was understood. We knew Trump filed bankruptcy six times. We knew he had 35,000 lawsuits filed against him by unpaid vendors and workers, for goods and services rendered. We could have guessed most of what’s in this big story.

What is astounding to me is that Trump’s ego prompted him to defend himself in two tweets, now deleted, in which he inadvertently admitted to tax evasion and bank fraud, calling it “sport.”

The man is an idiot who is destined to die in jail. 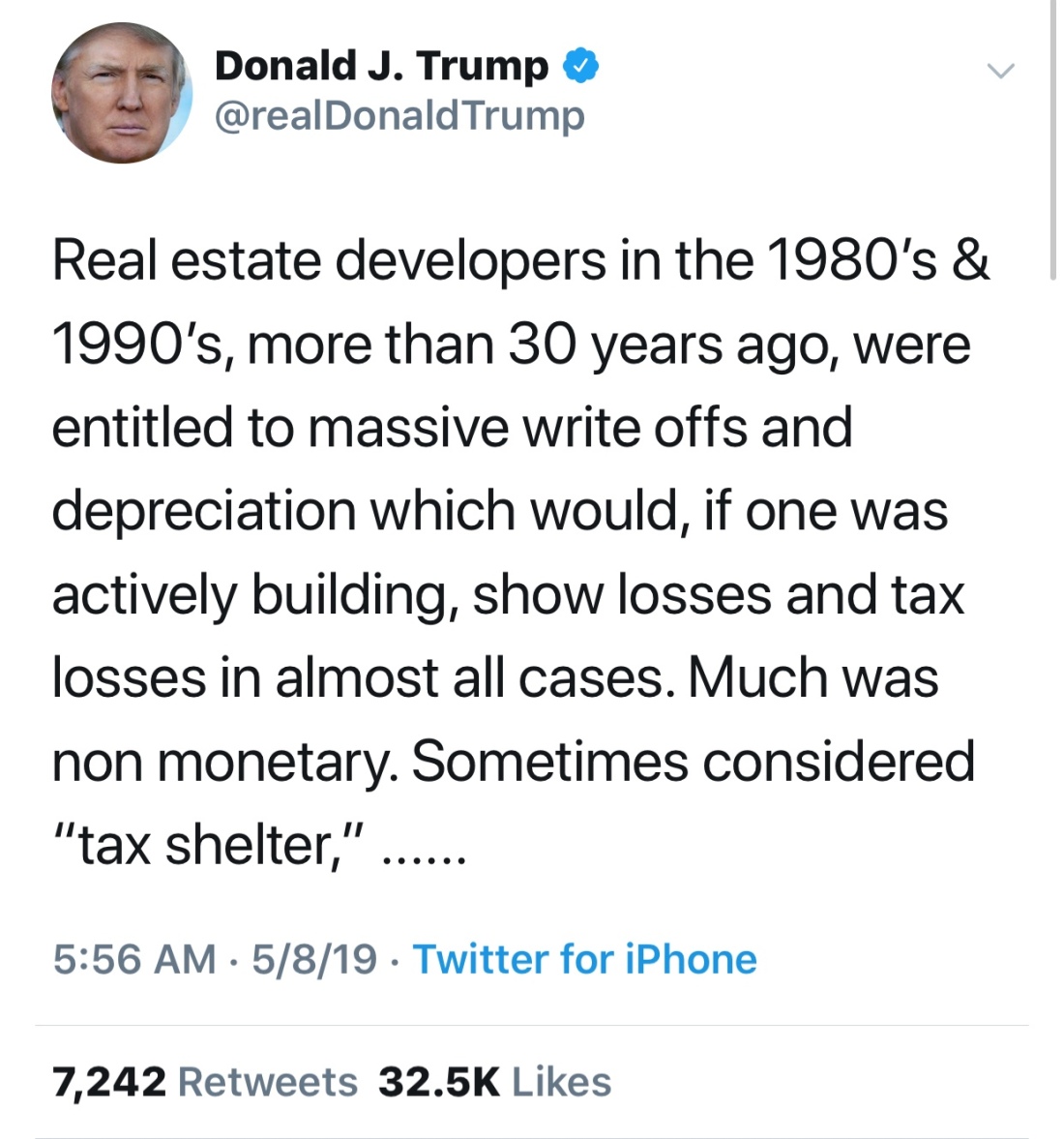 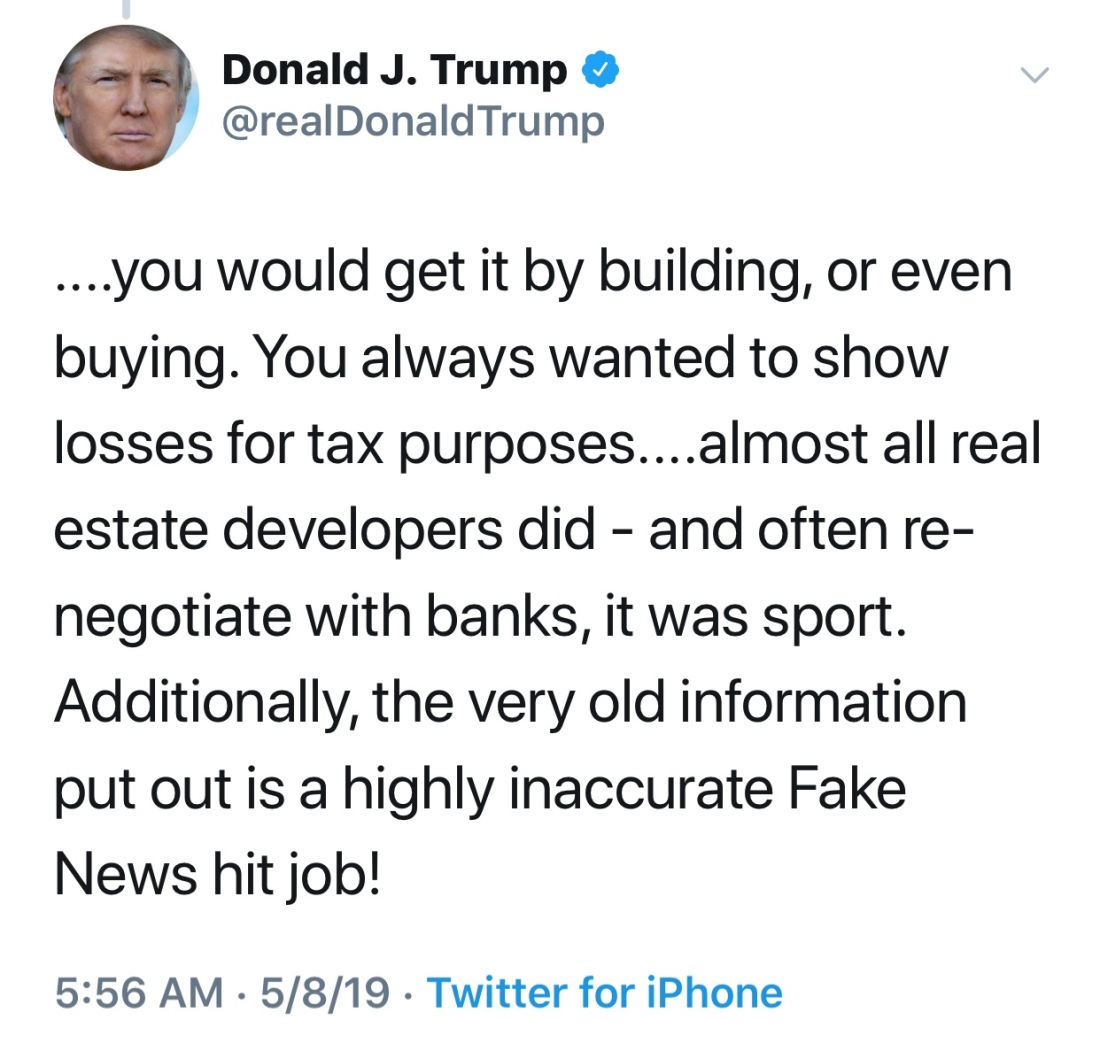 The report of Trump’s record-breaking lack of business acumen took the spotlight off the drama unfolding in the House Judiciary Committee hearing. Donald Trump, likely on the request of Bill Barr, who faces Contempt of Congress charges, invoked executive privilege.

”In the face of the Committee’s threatened contempt vote the Attorney General will be compelled to request that the President invoke executive privilege concerning the materials subject to the subpoena,” ~DOJ

Last night, Chairman of the House Judiciary Committee, Jerry Nadler, received a letter from Attorney General William Barr, claiming the entire Mueller report, including that which has been publicly released, is now subject to executive privilege. In theory, this move might make it harder for Congress to get the unredacted Mueller report, with the underlying evidence. It might or might not slow down the process, but it won’t stop it.

More importantly, by claiming executive privilege on the Mueller report, Donald Trump is obstructing justice— again and may have put himself in Contempt of Congress along with Barr. 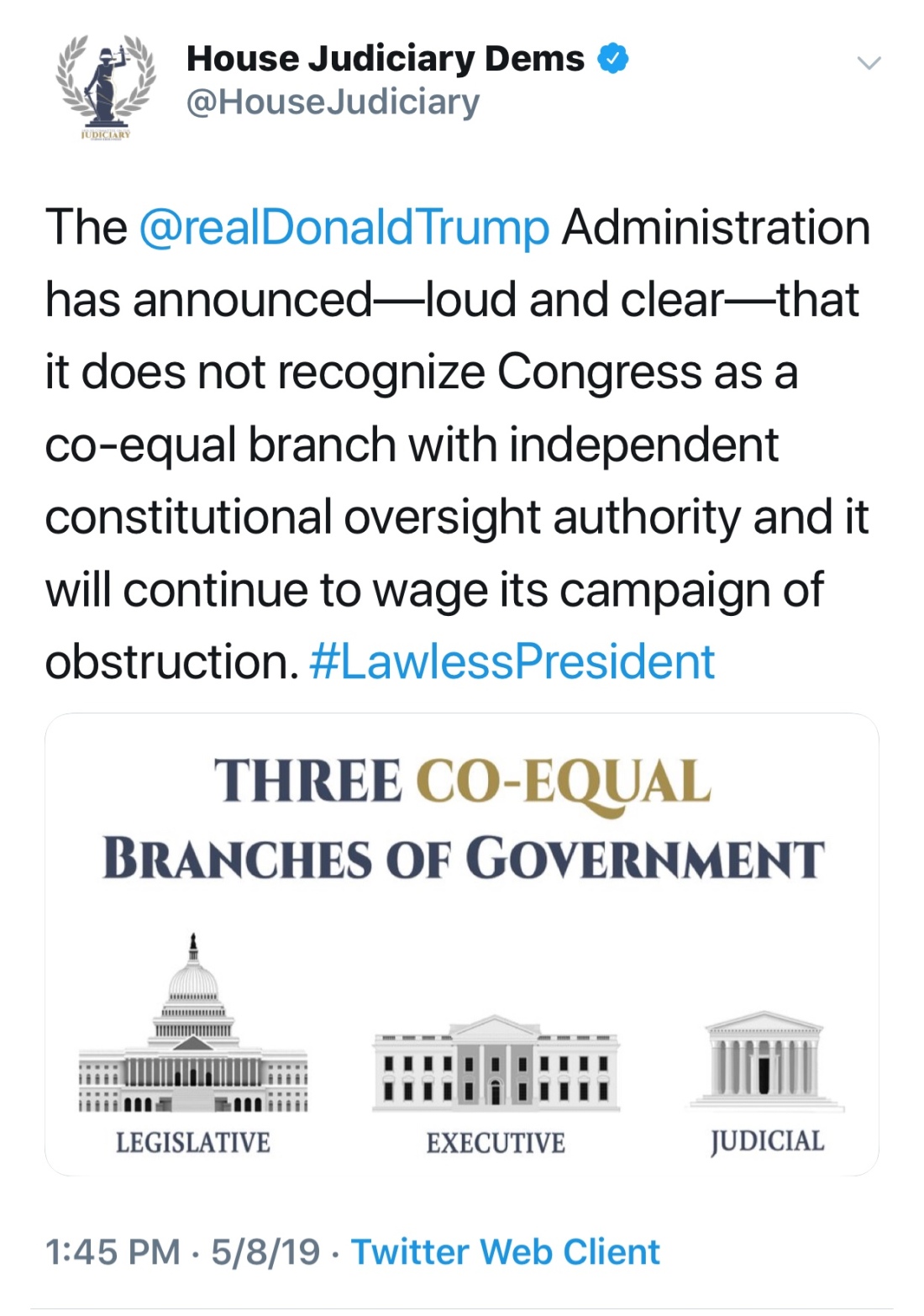 The House is going forward with hearings to be followed by a vote, and unfortunately for Barr, he will be convicted and face fines and a possible prison sentence (unlikely), of up to five years. Finally some consequences.

The question for those in the Trump camp: why is Trump fighting so hard to hide a report that “fully exonerates” him?

Barr: “It’s Not a Crime” for Trump to Demand Staffers Lie to Investigators

Decade in the Red: Trump Tax Figures Show Over $1 Billion in Business Losses

One thought on “Barr’s in Contempt of Congress, and Trump’s an Idiot”