In a sentence— the GOP was ANGRY, while Democrats asked questions.

While the GOP is now attempting to paint Ohio Republican Ranking member Jim Jordan as “an attack dog”, he was more of a whiny bitch, in my opinion.

Jordan, (who is known for ignoring the sexual abuse at Ohio State,) erratically shouted accusations and spoke over responses. He truly embarrassed himself, the ineffective lout.

In contrast, Michael Cohen was calm and articulate.

Jordan called Cohen a “FRAUDSTER, A CHEAT, A CONVICTED FELON, AND IN TWO MONTHS A FEDERAL INMATE.”

Cohen responded: “Yes, I am guilty. I am going to jail. this has been established, yes?”

Jordan questioned Cohens motives for testifying against Trump’s and criticizing his actions, suggesting that he was bitter because he didn’t get a job with the administration in Washington.

Jordan: “YOU WANTED TO WORK IN THE WHITE HOUSE ”

Cohen: “I did not want to go to the White House.”

That kind of exchange went on for quite a while, others repeated the pattern, respectively: the GOP hurled angry accusations, the Democrats seeking information.

GOP: WHO PAID FOR YOU TO COME HERE TODAY?!

Cohen admitted part of his job for the past decade was to cover for Trump and his family.

“Every day, most of us came in knowing we were going to lie for Trump about something… and that is now what is happening in government.”

This check, one of six installments for repayment of Stormy Daniels hush money, was referred to as a smocking gun, proof of campaign finance fraud:

The highlight of the hearing, in my opinion, was when Cohen looked directly at the the GOP congress and told told them they’re doing the job that he did for 10 years: blindly protecting Donald Trump.

“I want to warn you. The more people who follow Mr. Trump blindly are going to suffer the same consequences I have.” – Michael Cohen

Michael Cohen came across as truthful. He repeatedly owned up to his crimes, both financial and covering for Trump.

The most ominous statement was made near the end of the day. Cohen warned about Trump losing re-election: 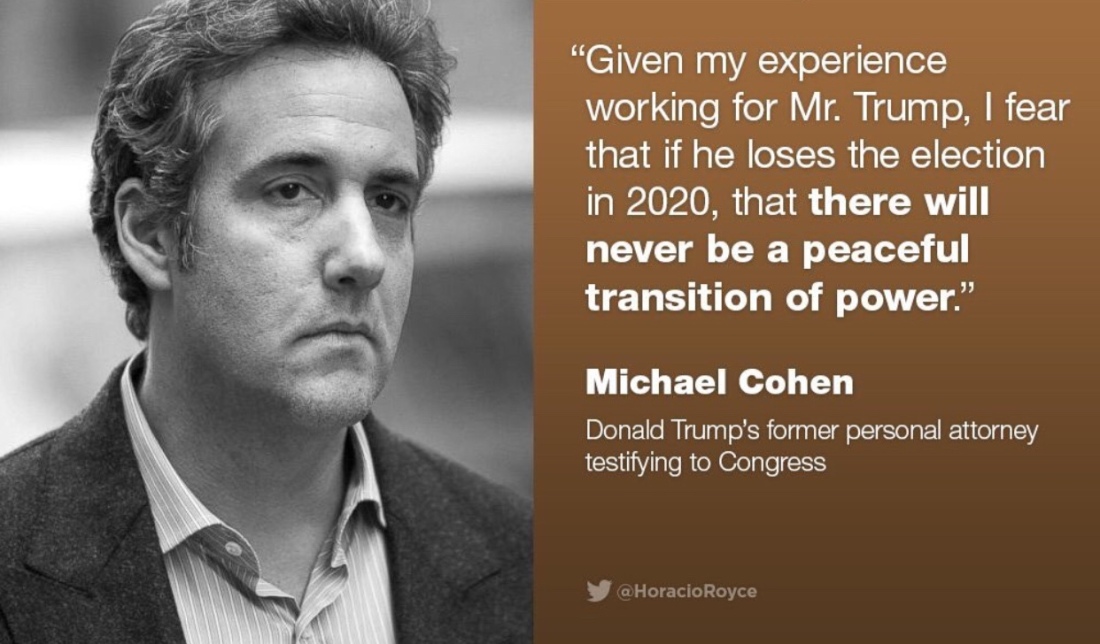 Trump believes he can not be indicted while he’s in office, he’s irrational and unpredictable, and there are a lot of people protecting him.

“We are better than this.’ ~Elijah Cummings

That brought the hearing to a close.

2 thoughts on “What You Missed – Cohen’s Testimony”