The mood of the Golden Globe Awards last night was unusual. Most of Hollywood was draped in black, or wore pins that said “Time’s Up,” in solidarity for the “Me Too” movement. If you’ve been unplugged for the past four months I’ll explain briefly.

“Times Up” is what someone should have said to Nicole Kidman, but didn’t, when she won the first award of the night. She took much, much more than her fair share of time accepting the award, hogging the mic, and putting a futile game of catch up into motion… Kind of selfish? Mmhmm.

But that’s not what last night’s “Time’ Up” pins were for.

They symbolized the long overdue backlash against sexual predation that has erupted around the world. I believe Donald Trump’s election was the catalyst, but what really ignited the movement was an article in “The New Yorker Magazine” in which countless accusations, ranging from sexual harassment to rape, were levied against film producer Harvey Weinstein.

About last night, Seth Meyers hosted the “Golden Globes.” In his opening monologue, he kind of, sort of, jokingly asked Oprah to run for President. She had been sitting in the front row waiting to receive her lifetime achievement award. She laughed.

When the point in the show came for her to accept her award, she gave an eloquent impassioned speech, condemning all that is wrong in this racist, misogynistic world we live in, and she did it exceedingly well. Good job, congratulations, now just take the trophy and sit down.

What’s my problem? Why do I seem angry? I’ll try to express myself calmly. I have heard several celebrities “joking” that they might consider a run for the position of POTUS in 2020. I am not fooled. These aren’t jokes, these people are putting out feelers, gauging the response.

Donald Trump has made it abundantly clear to everyone, that anyone could be president, and a better one than he is.

No one could possibly be worse than “that fucking moron.” (Those are not my words… per say.) Rex Tillerson named him, and Rupert Murdoch baptized him. Trump has also been lovingly called “a fucking fool” by a former White House staffer.

So as to avoid further repeated dropping of the F-bomb in this post, because I’m classier than this, Trump shall here to for be referred to as TFM. (Below is a visual aid.) 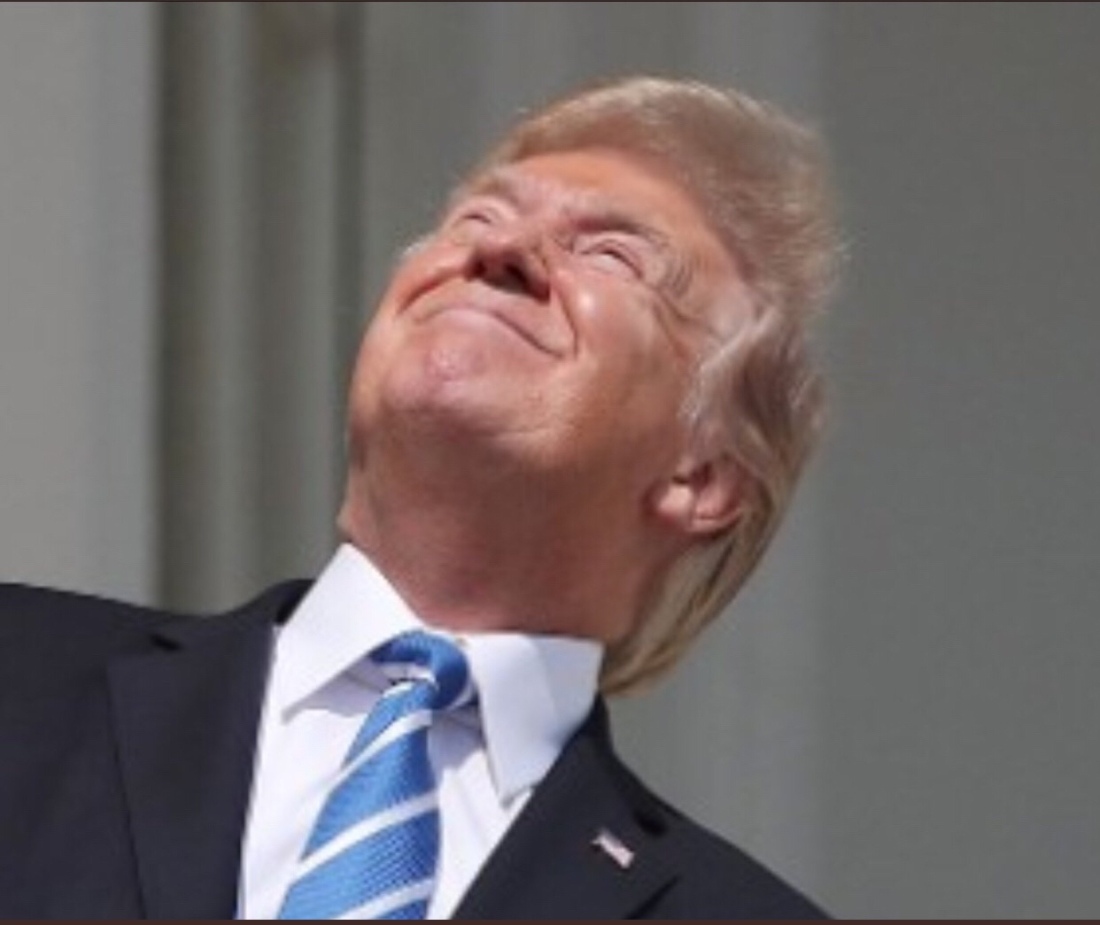 I agree with the sentiment, that there is no one who could be worse at the job of POTUS than TFM, but that single criteria isn’t enough to qualify the next group of nominees.

I implore you all— The Rock-Dwayne Johnson, Shark Tank rich guy-Marc Cuban, Academy Award winning actor-Tom Hanks, the omnipotent-Oprah, and anyone else, please give your ego a rest, and just stop it. Stop it now.

So I say HELL NO to Oprah, respectfully.

I’m not saying just any politician who has been grooming themselves for the job will do. I also say no to Corey Booker. In fact, he should try his hand at acting, because he “acts” like he fits the criteria I listed above, but in reality he is in big Pharma’s pockets. They own him. He regularly accepts large amounts of money in exchange for voting against reform. There will be no fair pricing on prescription drugs as long as Cory Booker has any say in it. And that my friends is an example of what is at the root of our failed healthcare system… greed.

I would be happy to vote for Kamala Harris, Elizabeth Warren, Bernie Sanders and, had things been different, I would have voted for Al Franken.

The common thread here is— they are politicians who have devoted their lives to public service. They are not celebrities, not that there’s anything wrong with celebrities, but they are ego driven. If they were not, they wouldn’t assume the presidency can be attained by virtue of their popularity alone.

Of course Oprah would do a better job than TFM, but so would the corpse from “Weekend at Bernie’s.” Nothing personal Oprah, but I’m about to blow a gasket because how fucking (oops) stupid would we be to make the same mistake??? We did this already and it didn’t work, bigly! Let’s move on.

Oprah is a great public speaker, but my vote is Hell no! She is not a politician. If she is sincerely interested in politics, why not start with Congress and prove herself there first?

6 thoughts on “No Oprah, But Thanks”