If I were to write a book about myself it would be titled “Being, Like, Really Smart.” It’s important to itemize one’s attributes, otherwise some of them might be overlooked by others, even those people with whom one has constant contact. 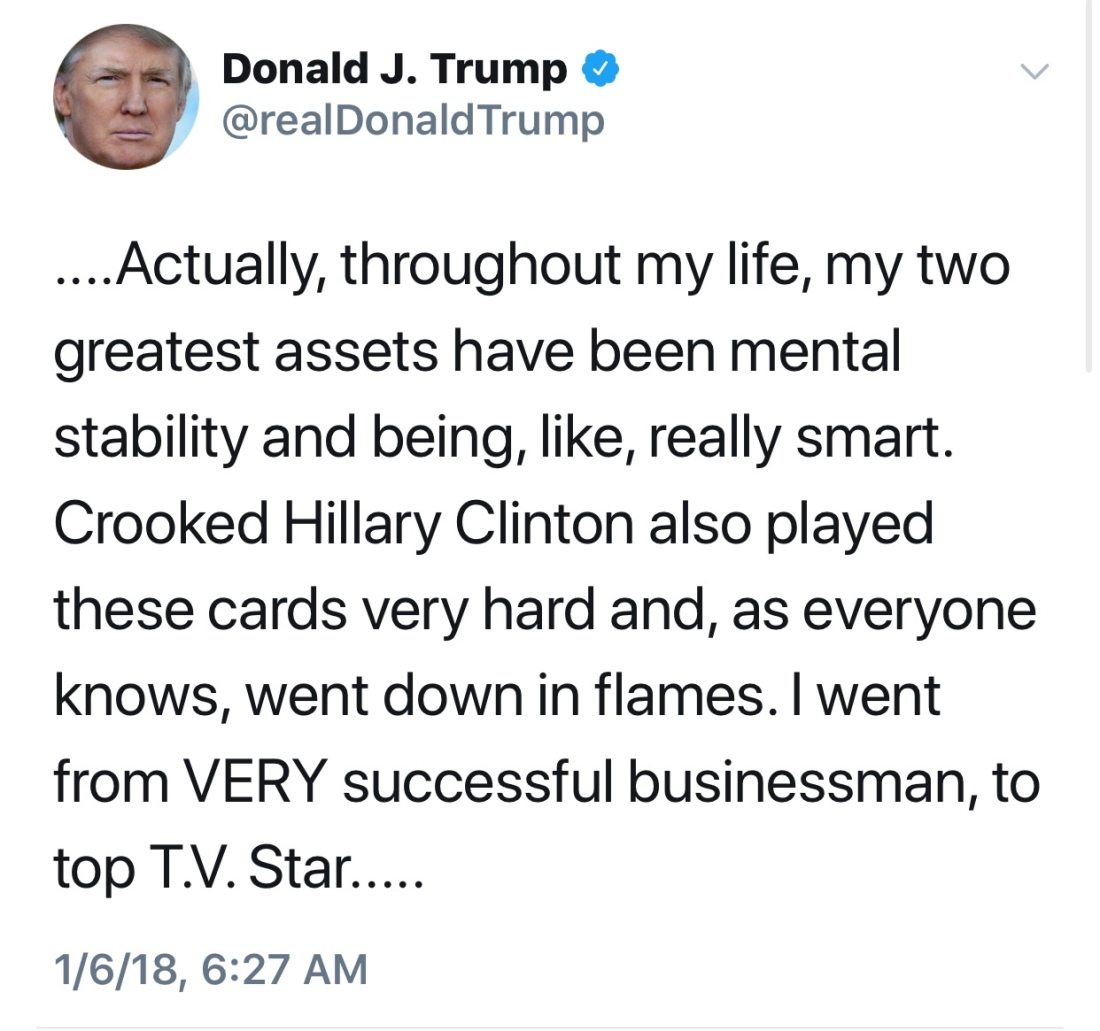 Or maybe I’d title my book— “A Very Stable Genius”

To be safe, I would also point out how, like, funny I am, and I’d have to say, like, how bigly disappointed I am that People Magazine, like, has overlooked me so, like, many times for their “Worlds Most Beautiful People” issue… me with my winsome smile and my… I’m beautiful, because I don’t know I’m beautifulness… etc.

But Donald, I wish one of your advisers would point out that most—

Also, why is Donald Trump still obsessed with Hillary Clinton? It’s a bit Norman Bates, don’t you think, constantly talking to and about his dead his mother? — What was the movie? Ah yes, Psycho.

The book claims almost every member of Trump’s senior White House staff has, on repeated occasions, said Trump is “like a child.”

Billionaire Rupert Murdoch, who had never been a friend or fan of Trump’s until he secured the presidential win, is quoted, after a phone call with Trump, saying— “What a fucking moron.” I believe that is Rex Tillerson’s pet name for Donald as well. 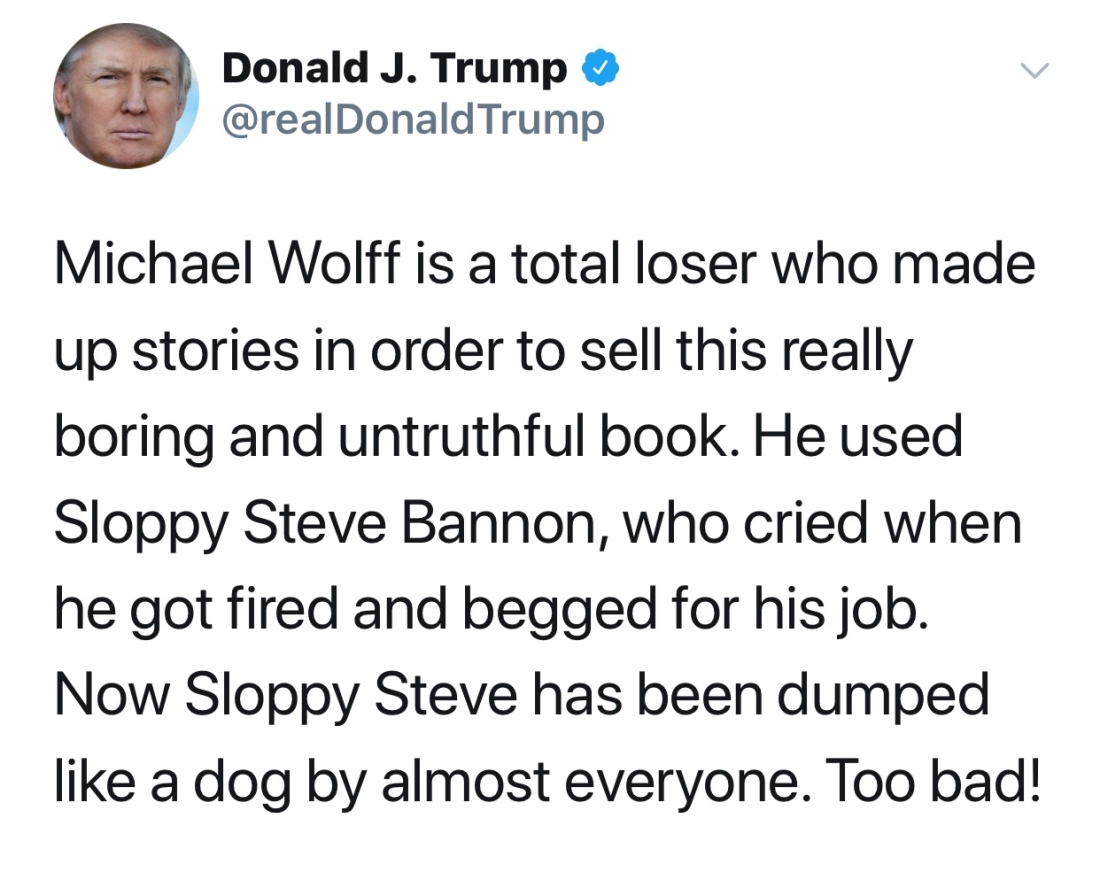 The book quotes Steve Bannon, Trump’s former right-wing, right-hand man, who left the White House to return to his former employment with far right propaganda publication “Breitbart,” which is funded by the billionaire Mercer Family. They also funded much of Trump’s campaign, with hopes of tax relief to end their ongoing dispute with the IRS.

To which Trump replied— 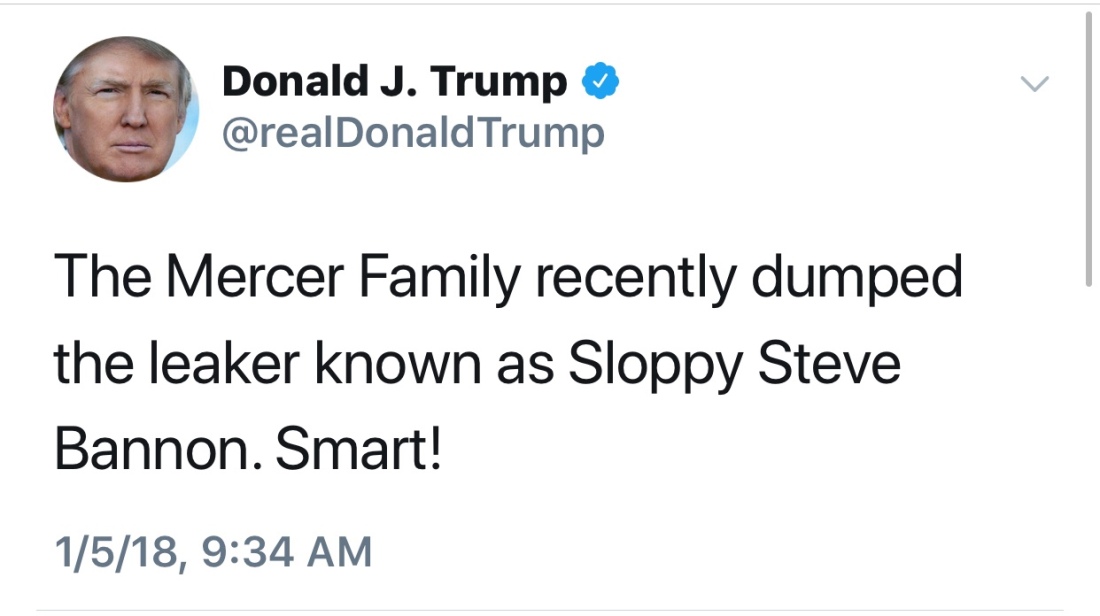 Trump’s lame attempt to ban “Fire and Fury” resulted instead in an earlier than planned publication date. It was released Friday, and sold out in stores and on line in record time.

Trump’s tweets have prompted legal action against him as well—

It’s all fun and games until somebody loses an eye… or sets off a nuke.