Paul Ryan says this, at the same time he pushes a tax cut for corporations and billionaires.

The House and Senate are working furiously, with hopes of having a final version of the GOP tax plan signed before Christmas.

The meatiest part of the bill include—

The bill means an increase in taxes for 87 million middle class families by way of:

That last item is Donald Trump’s latest attempt to undo more of President Obama’s legacy by undermining the ACA. It will result in 13 million more uninsured Americans, bringing the total number of uninsured Americans to 41 million. This tax bill will have the same affect on health insurance the “skinny repeal” bill, which was voted down, would have had. 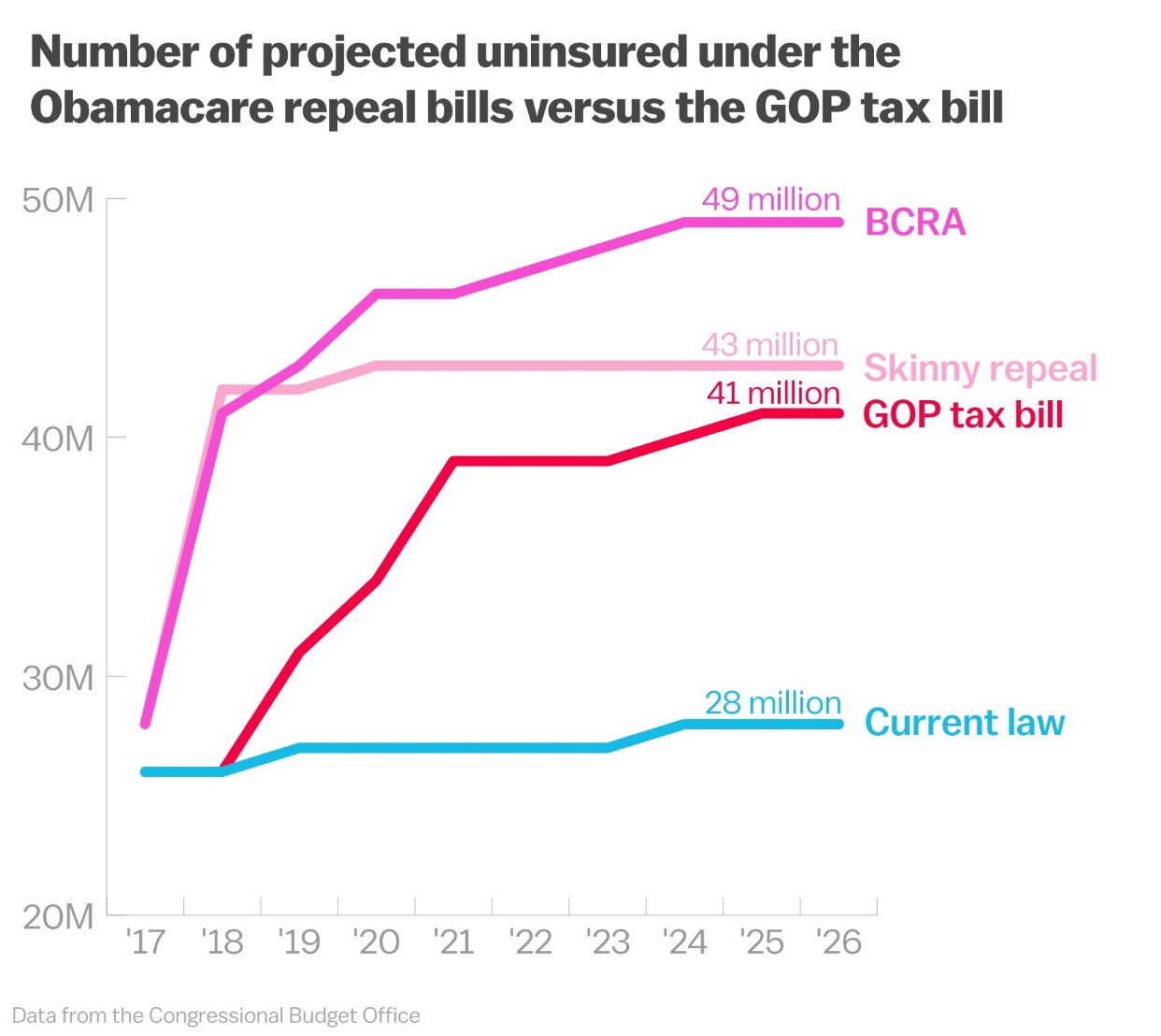 And about that $1.47 trillion this plan adds to the deficit—

House Speaker Paul Ryan, R-Wis., has already begun his push to cut entitlements in order to pay for those tax cuts for the only people who matter to the GOP, the wealthy.

“I think the president is understanding that choice and competition works everywhere in health care, especially in Medicare, this has been my big thing for many, many years. I think it’s the biggest entitlement we’ve got to reform.” ~Paul Ryan

And there you have it from the horse’s mouth. This tax cut takes from the poor and sick and gives to corporations and billionaires. Paul Ryan-Hood intends to cut Medicare by $400 billion, remove 5 million recipients from Medicaid and Social Security cuts will follow. Remember this— Social Security is fully funded until 2034, and after that, it is about three-quarters financed. That funding came out of your paycheck, and mine. These are called entitlements for a reason.

Other nuggets hidden in the tax bill—

6000 lobbyists contributed to this GOP tax bill, and so it is designed to help them, not you or me.

What we need instead of a tax bill is a new law restricting members of Congress from taking any gift, contribution or payment, or profiting in any way from lobbyists in the future. Members of Congress seem to have forgotten who they work for.

9 thoughts on “Who Will Pay for the GOP Tax Cut?”