At 05:58 AM, our POTUS works on the propaganda he hopes will convince enough of the public to believe he is a victim of dishonest reporting. 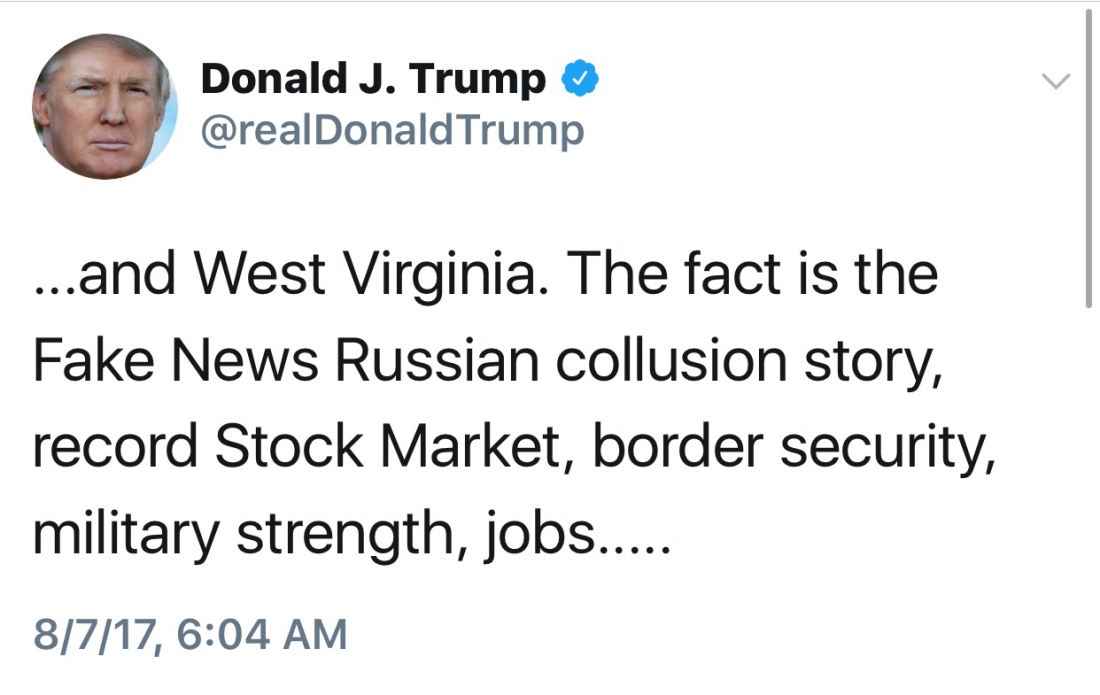 Everyone, with the exception of Trump, agrees Russia interfered. He is panicking.

Trying to make America believe he is necessary for the country to thrive, but in reality he has signed countless executive orders, none of which have been implemented. He sites Stock Market surges which do not reflect results of the time period he has been in office. He takes credit regardless. The “Trump base” may in fact be closer than ever, because there are so few people left they fit in the same car and are capable of driving to rallies together…that is close.

They have become stronger because fewer people are holding the signs, and they’re heavy. 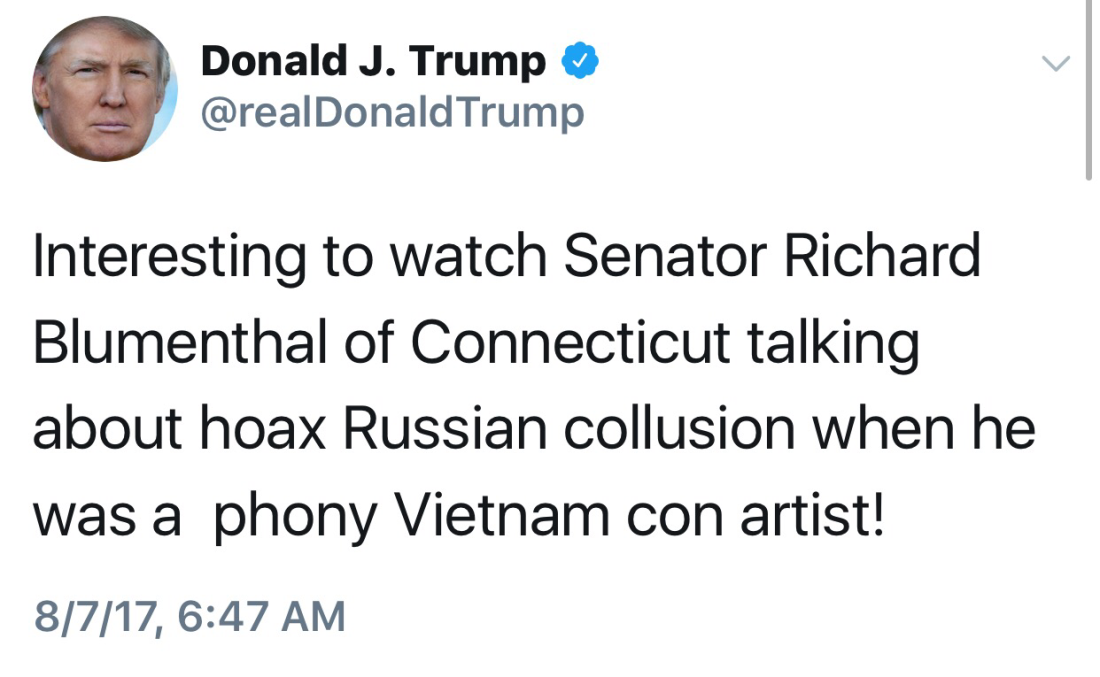 Oh boy, he went there…5x draft dodger opening himself up for reminders that he lives in house made of bone spurs.

I think there has been a case in U.S. history where more voters were defrauded Mr. Trump. 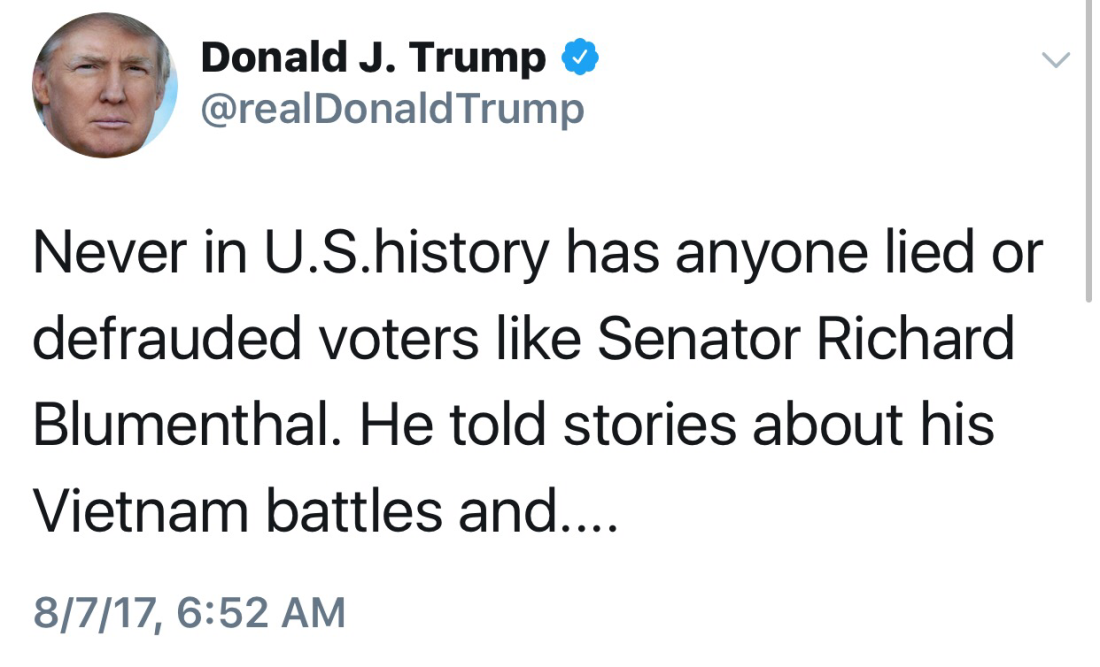 Days after this photo was taken Trump complained of bone spurs in order to avoid the military. He continues to play golf and tennis at the (over) ripe old age of 72. 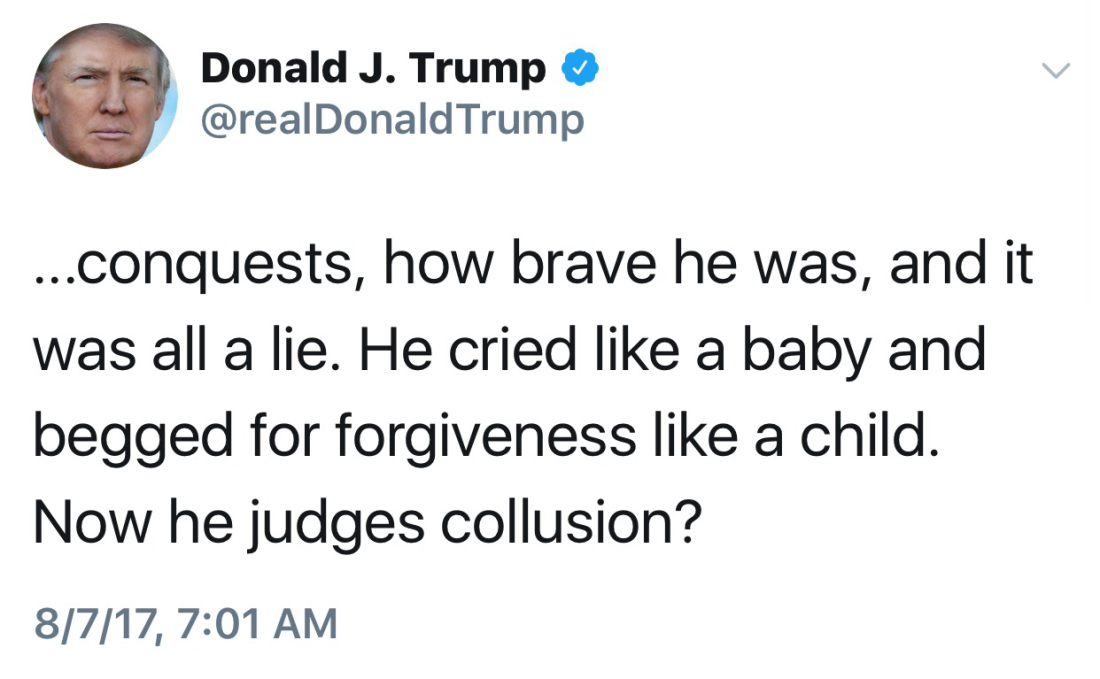 This is the strategy trump is left with—attempt to discredit those who will prosecute him. He has attempted to discredit former FBI director James Comey and special prosecutor Mueller as well.