A good day to tweet indeed. Those under investigation for collusion with Russia during the 2016 presidential election have a new addition. Jill Stein, pretender to the throne of the Green Party, has joined the fun. 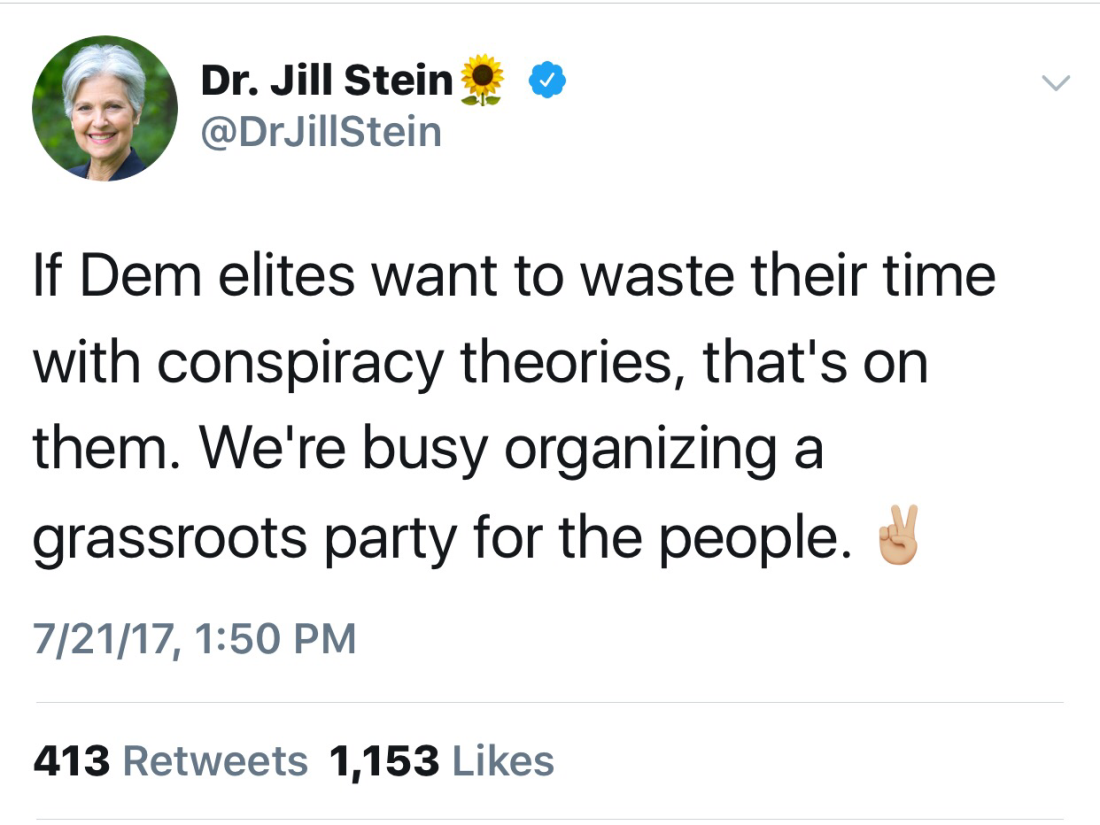 The lady doth protest too much. Me thinks  something is rotten in the state of the Green Party. 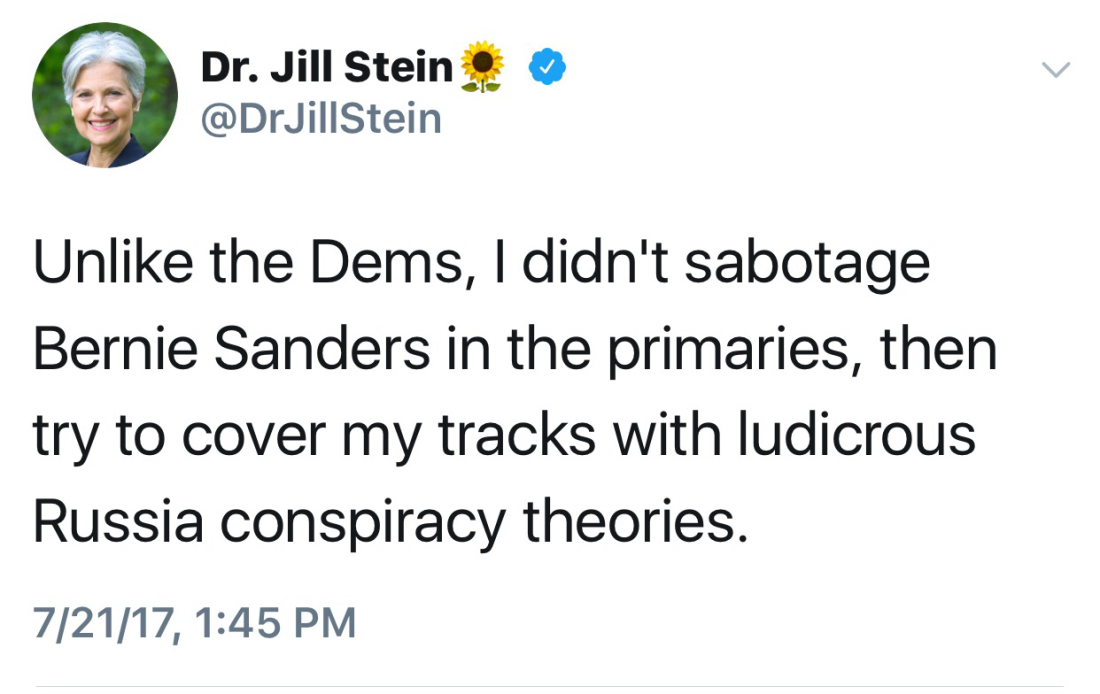 You remember Jill Stein took it upon herself to spend millions of dollars in order to recount votes in key states…with money donated by idiots like me…I want my $20 back Jill.

I assumed she did so because she was feeling responsible for taking votes that historically would have gone to the democrats, and as such swinging the election. She took 3%, and did in fact change the outcome, handing Trump the presidency.

Now she is under investigation. Perhaps this photo gives us a clue as to why. You see Mike Flynn- an established traitor, and Vladimir Putin sitting at a table with…Green Party candidate Jill Stein. Did he fund her election? Yet she finds it “laughable” that people are suspicious of her! I’m glad she’s laughing. How was the meal Jill? Did you have chicken or beef? What did Flynn and Putin eat? Did Putin have a food taster? Did Donald jump out of a cake?

She is lashing out at the Clintons, and she is using the same verbiage Trump and Putin use: fake news, witch hunt, Mcarthyism, Democrats are making up this Russian conspiracy to cover for a failure of a lost election, and she is calling the democrats elitist! This alone is evidence of her guilt. Cuff her Dano.

Is there no originality among traitors?

Jill, how much money did Putin donate to your campaign? 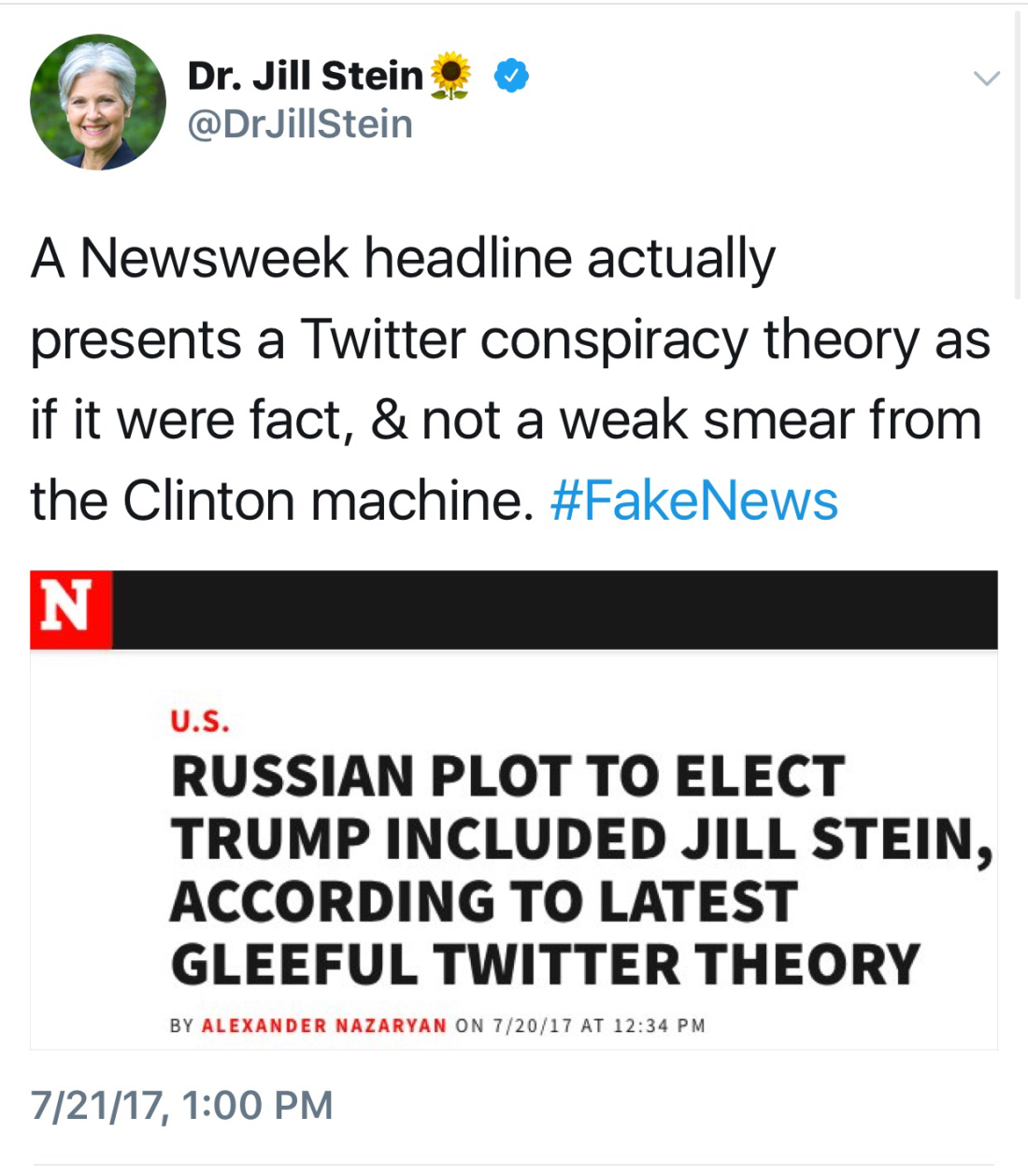 So much in lot in common with Donald Trump, Russian collusion, lingo and a twitter-storm.