Last week we learned something telling about Donald Trump. Like an orange unkilted (thank God), Scottish Warlord demanding fealty from his clansmen, Trump demands a pledge of loyalty from those surrounding him. He only retains yes-men who fit into his orange tinted bubble.

Providing loyalty yesterday in response to Trump’s latest fiasco was US National Security Advisor H.R McMaster. He provided a carefully worded denial to the story that Trump revealed highly classified information about the Islamic State to the Russian foreign minister.

“The story that came out tonight as reported, is false, the president and the foreign minister reviewed a range of common threats to our two countries including threats to civil aviation. At no time, at no time, were intelligence sources or methods discussed. And the president did not disclose any military operations that were not already publicly known.”

“Two other senior officials who were present, including the secretary of state, remember the meeting the same way and have said so. Their on-the-record account should outweigh those of anonymous sources.”

“And I was in the room, it didn’t happen,” he concluded. “Thanks everybody.”

A problem with surrounding yourself with yes-men and Russophiles is—when one provides an alibi it doesn’t wash down. This one is stuck in my throat. Rex Tillerson is Putin’s Oil bitch, and he isn’t in the photos that were taken during the meeting in question. Unless he is employed with Russia in a second capacity, as official Kremlin photographer for White House Meetings, and took the pictures, I don’t believe he was in the room…Mr McMaster isn’t photographed either. 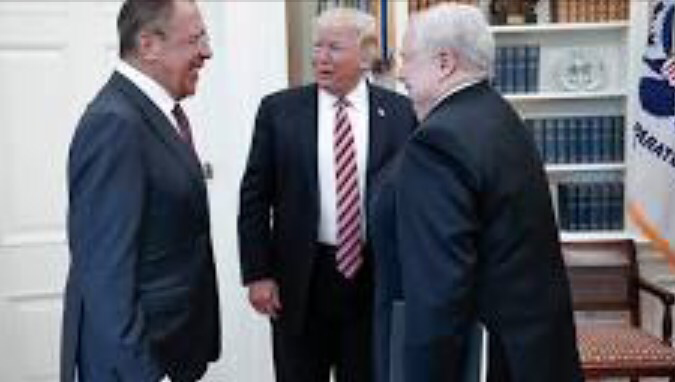 But, for as much as Trump lies, and asks others to lie, he isn’t good at it. You have to stick with the story Donald. 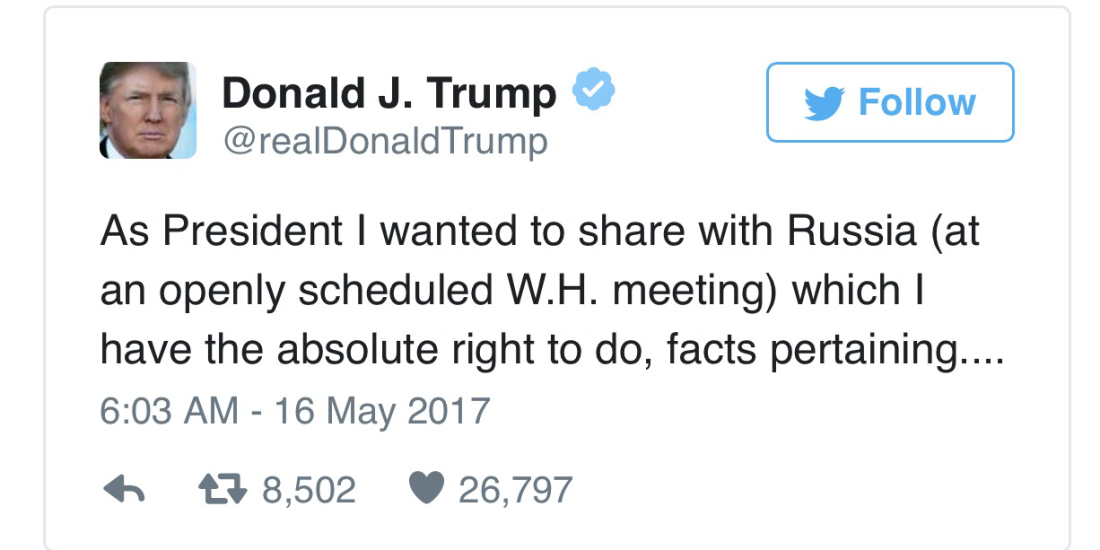 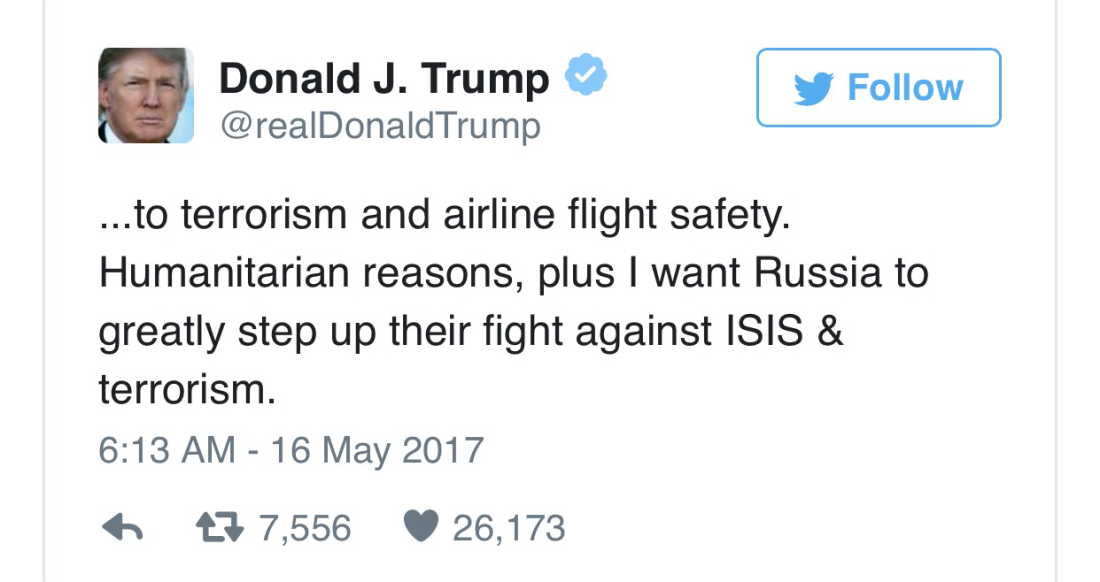 Shaking my head. What will be the fallout? It would seem the entire GOP has pledged their fealty to Laird McTrump. They have no qualms in looking the other way. They’ll all hide in the hydrangeas until the next typhoon. It is sure to blow in soon, they always do—then this will be just one of the many events that led to the end of Clan McTrump.

2 thoughts on “Fealty to Laird McDonaldTrump”