At a time when United States citizens should be joining forces to fight for our democracy… um, you missed a spot. Applying ass-clown makeup is a group effort today.

A poll taken a couple of weeks ago hinted that there might be a problem, and here it is.

Proof has surfaced that we haven’t learned anything, not a damn thing, that we are blind to history, that we are so selfish, such spoiled children, that if we don’t get what we want, we are willing to throw this country into a full-blown dictatorship.

A moronic movement has emerged, to compete with the #BernieOrBust assholes who gave us Trump in 2016, #StillVoteYang is trending on twitter, and may very well give Trump a reelection win, in November.

Yang, who dropped out of the race this week, is tied for third place in Nevada polls. His supporters are on social media urging others to vote for him despite his decision to step down. Automation has not only eliminated jobs, Andrew, but it also seems to have siphoned our collective common sense. 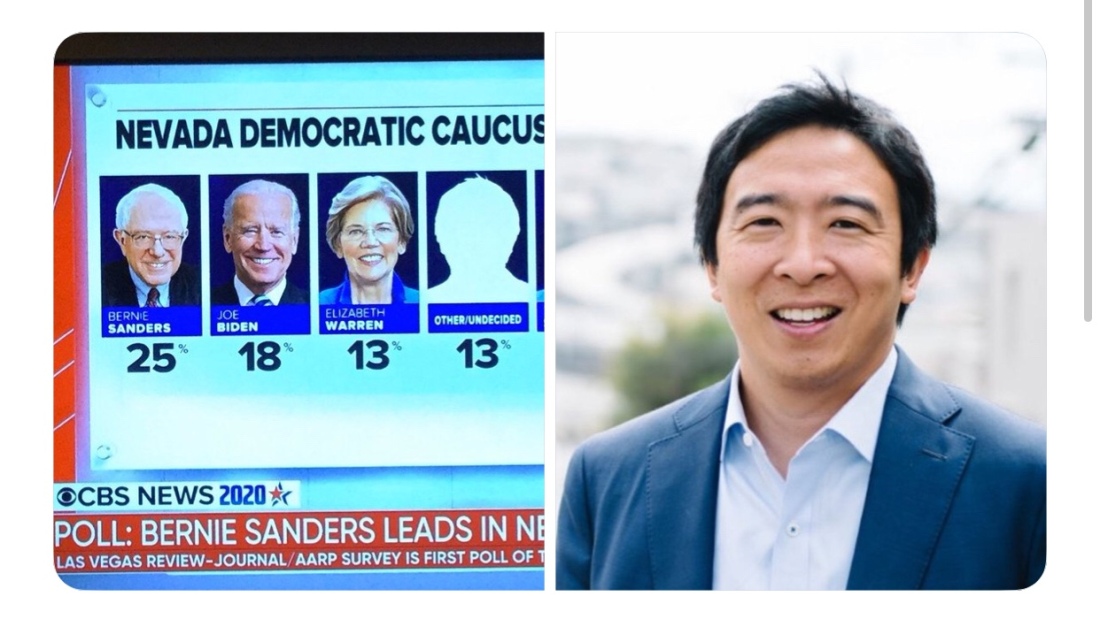 Andrew Yang, if you’re listening, I’m sure this is a great stroke to your ego, but the time to speak to your supporters was yesterday. Give’m the numbers, math guy. If you want to alienate the rest of the country by being the next election spoiler, that will be your legacy.

We are a truly stupid country; maybe we deserve an autocratic system. We appear to be incapable of rational thought, and because we should have learned our lesson, this is a new level of ignorance, surpassing 2016.

Maybe we don’t deserve healthcare. Maybe we should give our retirement money to the rich.

Or, maybe Yang gang, you could grow the fuck up.

I like to think there is humor in every situation, and the fun in this is that Bernie bros are livid that Yang’s supporters aren’t jumping on their team. Fuck’em all.

Vote for who you want. Smarter people than us fought to ensure that you have that right. Elizabeth Warren has my vote.

8 thoughts on “We Can’t Have Nice Things”