Mueller has what he needs to prosecute them all— coffee boys to vice coffee boy, to the president of all U.S. coffee boys. The State of New York has enough on Trump’s financial crimes to take down the whole fam damily.

I’m tired of this. What is the hold up?

The complicit GOP continues to obstruct Democracy. Clearly they all have something big invested in Trump’s treason to make them forget the vows they made when they took office. Not only that, but to expose themselves to charges of obstruction of justice, and to go down in history in infamy, it must be something unspeakable.

It’s hard to keep up with this. The GOP just killed a motion to subpoena the interpreter from the Trump-Putin private meeting.

MAGAT supporters are quiet, but Trump is a punchline in Russia. Russian talk show hosts topic of discussion this week was Helsinki, and Trump siding with Putin over his own intelligence agencies. It was shocking even to them, that he would insult his own country. 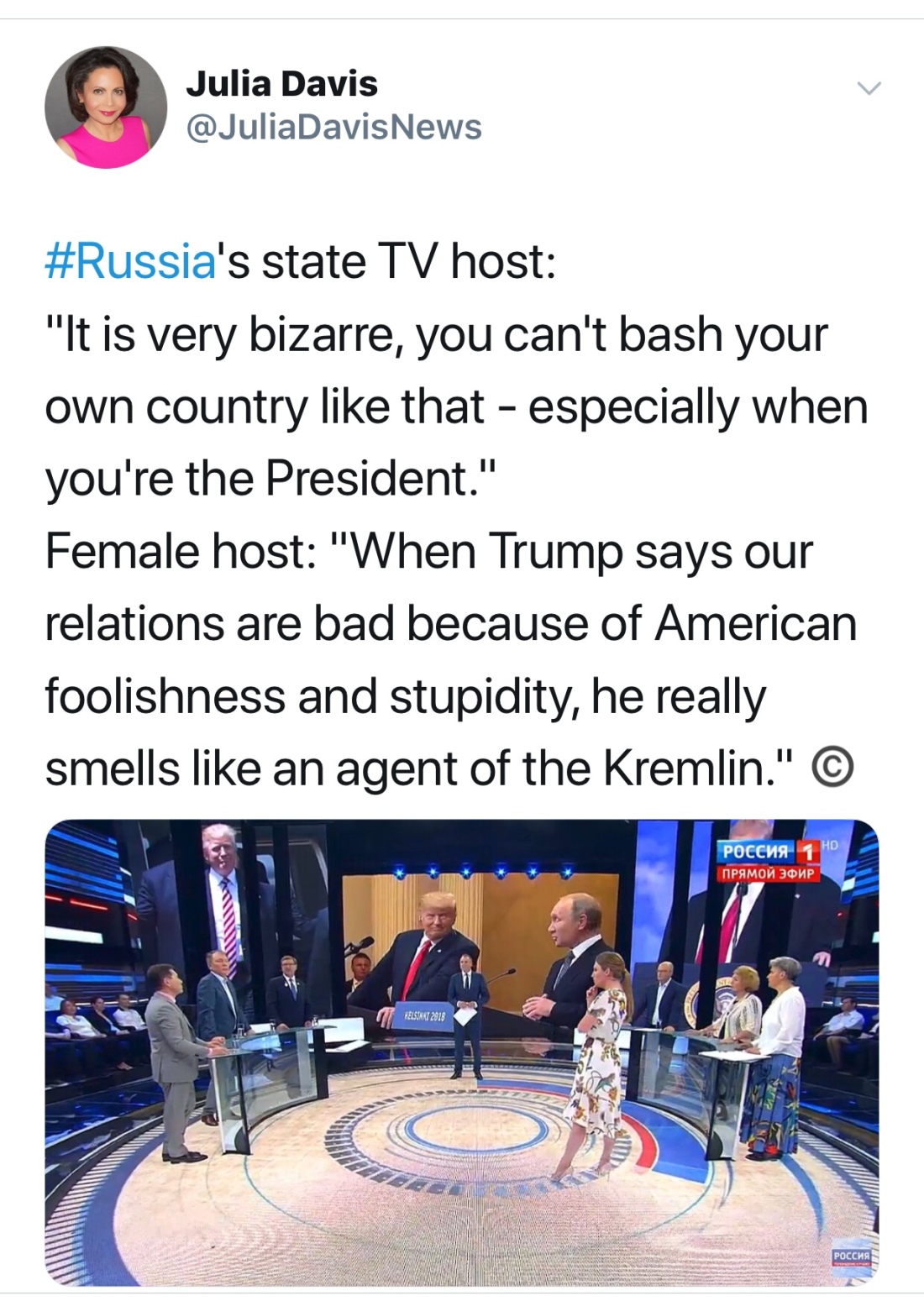 Anyone (Marco Rubio), who pretends to believe Trump “meant to say doesn’t” and did not mean to say “no”, but rather meant something like- no, I’ll wait and have McDonald’s later, and don’t grab that p**sy, every congressman who says “that’s good enough for me” is afraid of something.

The government has not made any attempts to secure our voting systems from cyber tampering, giving the Kremlin the opportunity to decide the victors in the upcoming 2018 elections. After 2 years of sitting on their hands with the knowledge they have, of Russian tampering in 2016, they’ve done nothing to fix this… even with top DNI Dan Coats warning us that ‘Russia is the worst foreign power threatening the U.S. with cyberattacks, and that warning lights are “blinking red” as terror threats were before 9/11”.’

Now it has come to light that a Russian investor has purchased the software company that runs Maryland’s election system. Hmm…

How hard would it be to pull out the old machines that count paper ballots?

Q: Why is the GOP refusing to fund election security?

A: Because the only chance they have to retain their seats in Congress, and hold onto the majority they need to keep Trump in office, is by cheating.

Illinois Representative Mike Quigley (D-IL) says the GOP members of the House Intel Committee, led by Devin Nunes, denied the Democrats in that committee the opportunity to question Mariia Butina, the Russian spy who was indicted this week, as well as approximately 30 other people of interest. This was before Nunes abruptly shut down the investigation claiming there was nothing to report.

The same day Russian agent Butina was linked to the NRA, and arrested for attempting to influence our elections, Trump’s Treasury made it EASIER for anonymous foreign donors to funnel money into nonprofits, like the NRA.

I.R.S. Will No Longer Force Kochs and Other Groups to Disclose Donors

Trump and his team have been rewriting laws to suit their needs since the day of his inauguration.

The indictments are coming whether the GOP aids or obstructs justice. Their actions are only adding to Mueller’s list.

A few questions yet to be answered are:

When will this end? How much damage will be done before they are stopped? What does Putin have on Trump, Pence, McConnell, Ryan, Nunes, Giuliani, Don Junior, Kremlin Barbie, Jared… etc.? 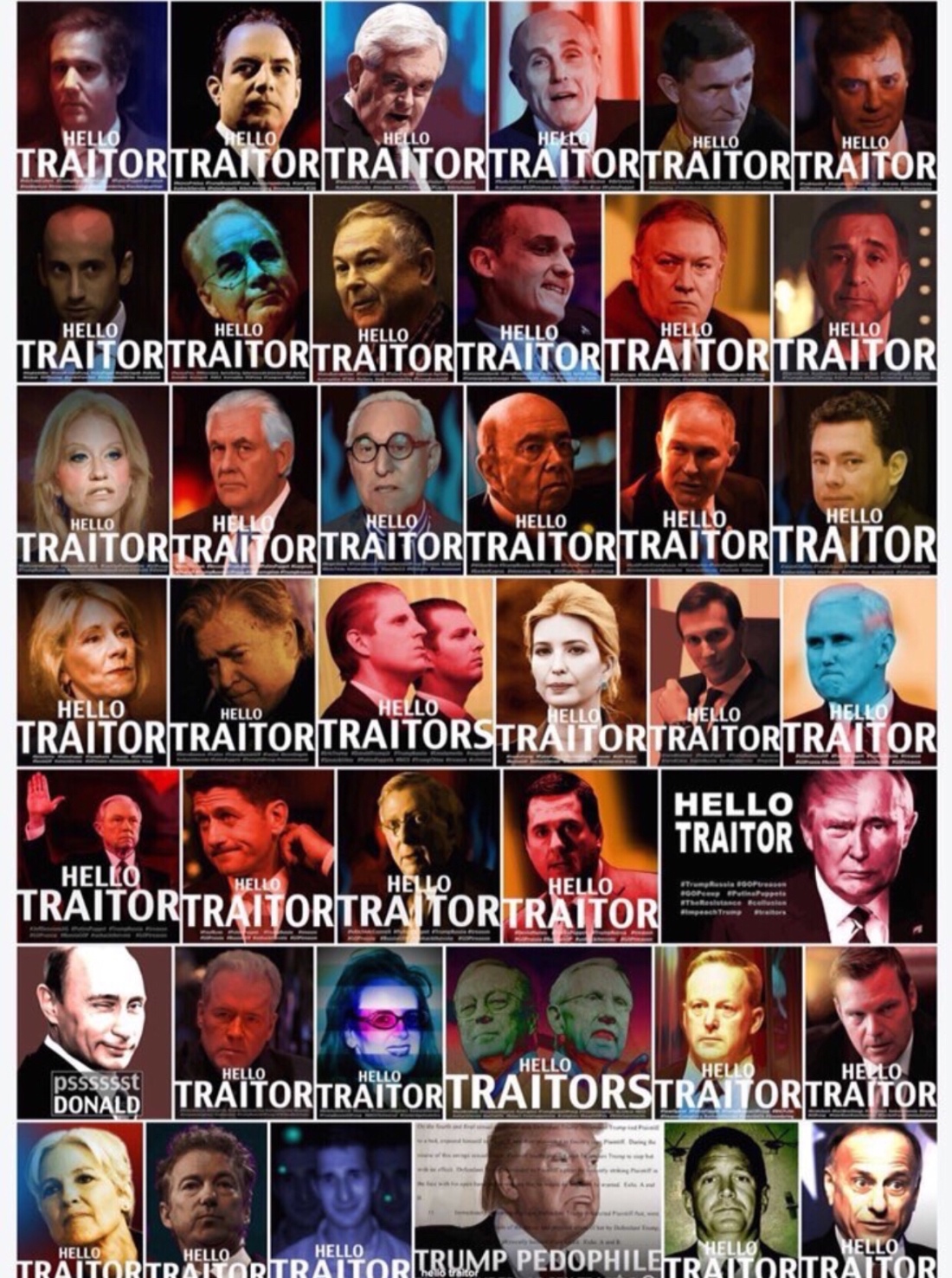 And finally, someone is still getting rich thanks to the 2300 migrant children who have still not been reunited with their parents.

3 thoughts on “Where is the Outcry?”