She is an American attorney and national security expert.

She is currently serving as the the 6th United States Secretary of Homeland Security.

She likes Mexican food, but detests Mexicans and South Americans.

Last week she said, emphatically, there was no policy to separate families at borders.

Donald J Trump is Kirstjen’s boss. He just signed an executive order to “end separating families at borders,” a policy she denied the existence of. 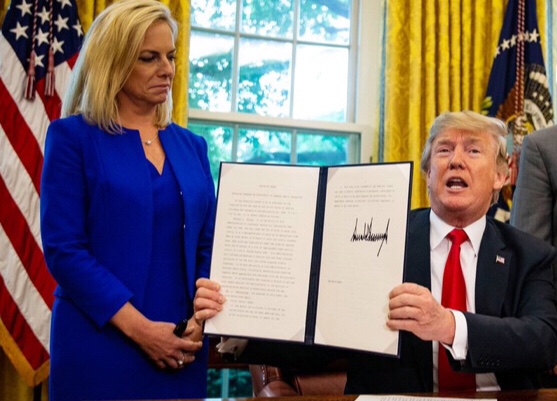 Sarah sanders also works for Trump. She sighted the Bible, and claimed separating families at the borders is “the law”. 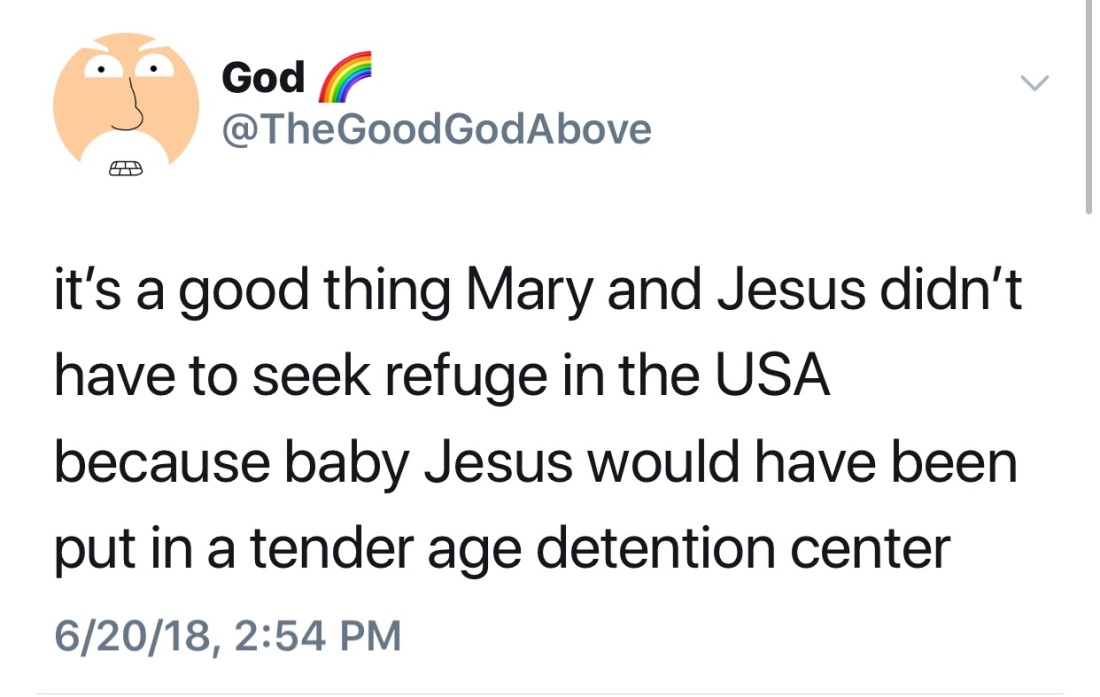 Donald J Trump has said separating families at borders was something only congress could stop, that it was out of his hands.

In April, 2018, Jeff Sessions announced a new “Zero Tolerance Policy”. He said children and families attempting to cross the border into the U.S. illegally would be separated. 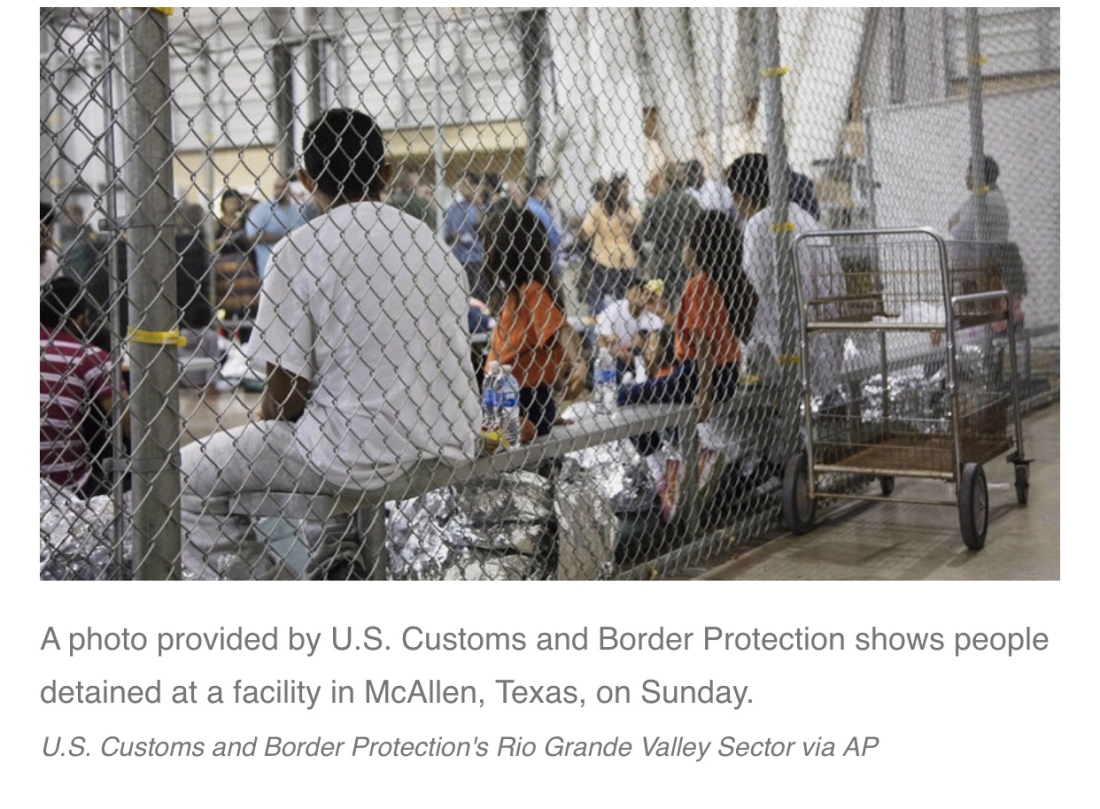 Since then 2300 children, ranging in age from infancy to teenage, have been separated from their parents at the border, many of them crossing the border legally, seeking sanctuary.

The children taken from their parents were re-classified as unaccompanied minors, and without any record of their identities taken, bussed, or flown to detention centers in 17 states across the country. Many will never be accounted for.

Stories are emerging of unconscionable abuse suffered by many of these children who have been taken from their parent’s protection, from subduing them with psychotropic drugs, to tying them to chairs, and worse.

Children are sent to facilities with documented histories of sexual assault.

But the Trump narrative prevails:

“Rarely has the White House so tacitly and unmistakably admitted to overplaying its hand. And rarely has it so blatantly copped to its own dishonesty about its actions.”

With all due respect, Ms. Analysis, this wasn’t an admission of any kind. While signing the “executive order,” Trump falsely stated: “it’s been going on for 60 years but no one has had the courage to stop it.” He wants to be lauded as a hero for ending his own policy of torture and abuse.

Again, this was a Trump policy announced in April by Jeff Sessions, which has resulted in 2300 children separated from their parents, without any plan to identify or reunite them.

Trump signed an executive order to end his own policy. It was theater.

The executive order states he will not separate families, but will hold all those detained, indefinitely.

The executive order Trump signed is not only misspelled, it is illegal. Current law limits border detention of families to a maximum of 20 days.

Why did he bother to stage this farce? Because the outcry became too loud to ignore and, with this signing, he hoped the press, and the public, would give him credit for his humanitarianism and then move on to other stories. He was hoping to control the direction of the news.

Why does Trump take possession of these children, assuming financial responsibility for their care?

Juan Sanchez, CEO of Southwest Key, a detention center that houses immigrant children, has been paid $458 million in tax payer dollars to run a dozen such facilities across Texas, in old warehouses, and an old Walmart Superstore. He earns an annual salary of $1.5 million.

He is a Trump campaign donor.

Where are we today?

By the looks of today’s headlines, it appears Trump’s executive order signing stunt was successful in subduing the outcry against the cruelties inflicted on these migrant children.

Nothing is better today than yesterday, with one exception:

Maybe Kirstjen can have her margarita and nachos now.