My blog has morphed from that of “struggling, divorced, working parent, who resents ‘the man’, and who aspires to write for cash,” to that of an “average American suffering from political angst.”

I’d like to have the peace of mind that would allow me to go back to writing about my, now, high school and college aged children, my money pit of a house, work… anything other than Trump and the GOP.

I remember when my biggest complaints were messy bedrooms, oversleeping, fights over the theft of my, and each other’s, clothes, the horrible feeling, (like a one, two sucker punch,) when in a single week I walked away from both my daughters, leaving them behind at their respective colleges, and the staggering financial debt I have taken on to get them there— details withheld. Writing about friends and family, immediate and extended, was a sweet revenge I’d like to experience again.

Those were the good old days.

Life was easier when the government was run by people who, at least pretended to, have the interests of their constituents in mind.

If I put a little effort into it, I can make my anger rhyme, so that’s some consolation.

There was a time when I found humor in everything; choosing between laughing and crying has always been easy for me. I have always been the person whose ill-timed observations caused inappropriate laughter, and I liked that about me, but I am no longer laughing, I’m not crying either.

We call the government out on their tax scam, and they continue to ignore our words, claiming it’s great for the poor and middle classes, when we have proof now, it is not. 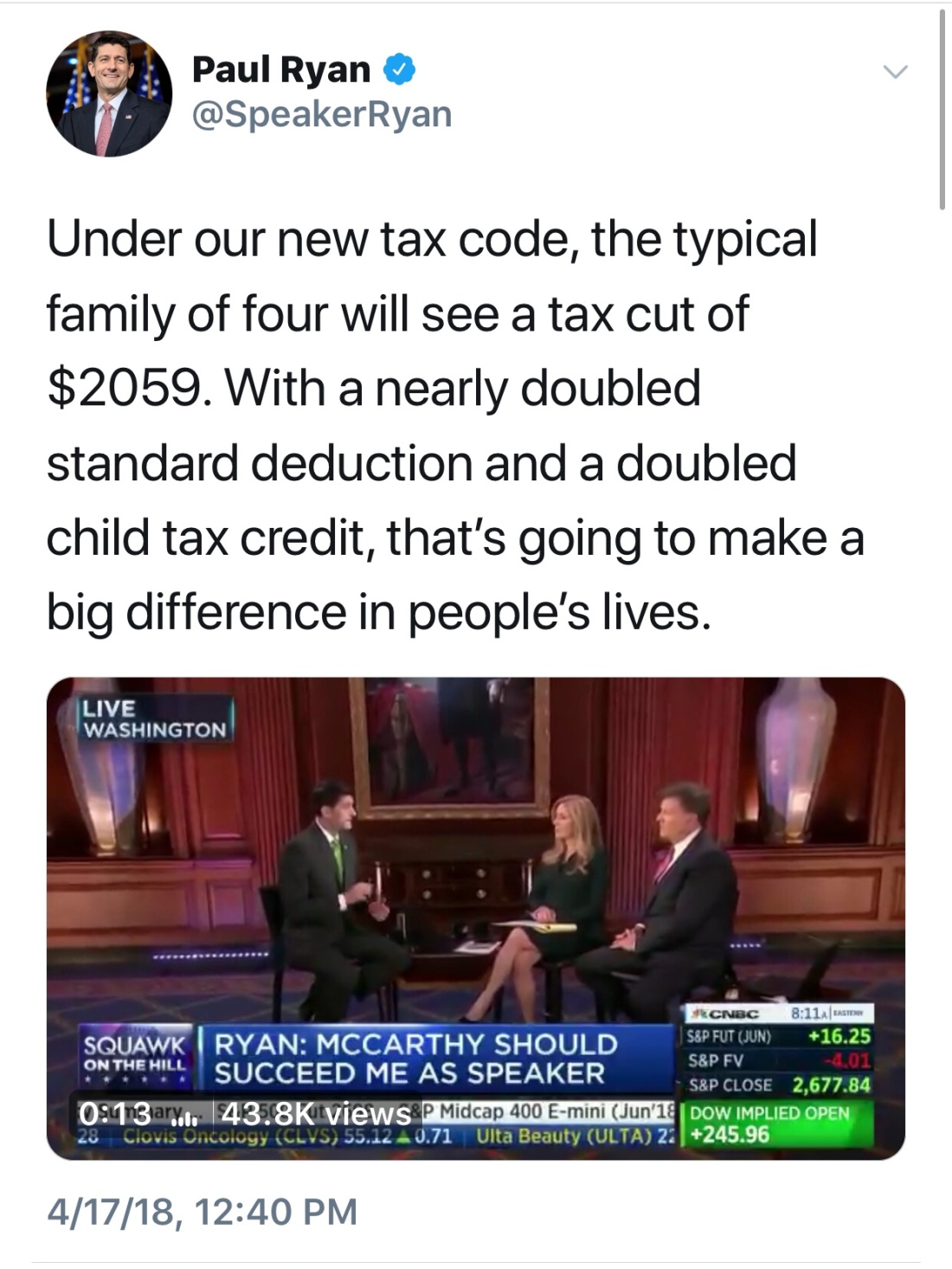 … and the middle class pay more than they did before the “tax cut”. ~ Me

Trump is caught in lie after lie, and responds with more lies.

“And in fact when I decided to just do it, I said to myself, I said ‘you know, this Russia (pronounced Rusherrrrr) thing with Trump and Russia is a made-up story, it’s an excuse by the Democrats for having lost an election that they should have won’.” ~Trump, May 11, 2017, NBC with Lester Holt

I’m old enough to remember the Republican led impeachment of Bill Clinton. There are still GOP Senators in office who voted to impeach Clinton over lying about consensual oral sex—

Lying about a blow job is apparently worse than conspiring with Russia to take away our freedom to elect the president of our choice.

Arresting those who criticize the dictator is Stalinism, and it is at work in America.

Meanwhile, Donald Trump is golfing at Mar a Lago again this week… all week, at a cost which is, I presume, higher than the $3.6 million tax dollars we fork over for his short weekend trips.

If you’re wondering, my kids are all doing well. The clothes issue has resolved itself, because the girls are not currently in the house, and my son wakes up on time with the aid of a cattle prod.

Speaking of cattle, when this is all over, you can look forward to my future non-political posts, with the following working titles—

“Yea, I’m a Vegan, You Wanna Make Something of It?”

“I Rescued Grendel” (a Puppy Mill Stud Whose Front Legs are Permanently Bent Because For His Entire Life, Years, He Had Never Been Out of a Wire Cage and Never Had the Luxury to Stand Up Straight, Never Saw the Sky, or Smelled Grass.) Shame on You For Supporting Puppy Mills” —

That second title is a little long, I know.

I’ll end with a few pictures of said dog. 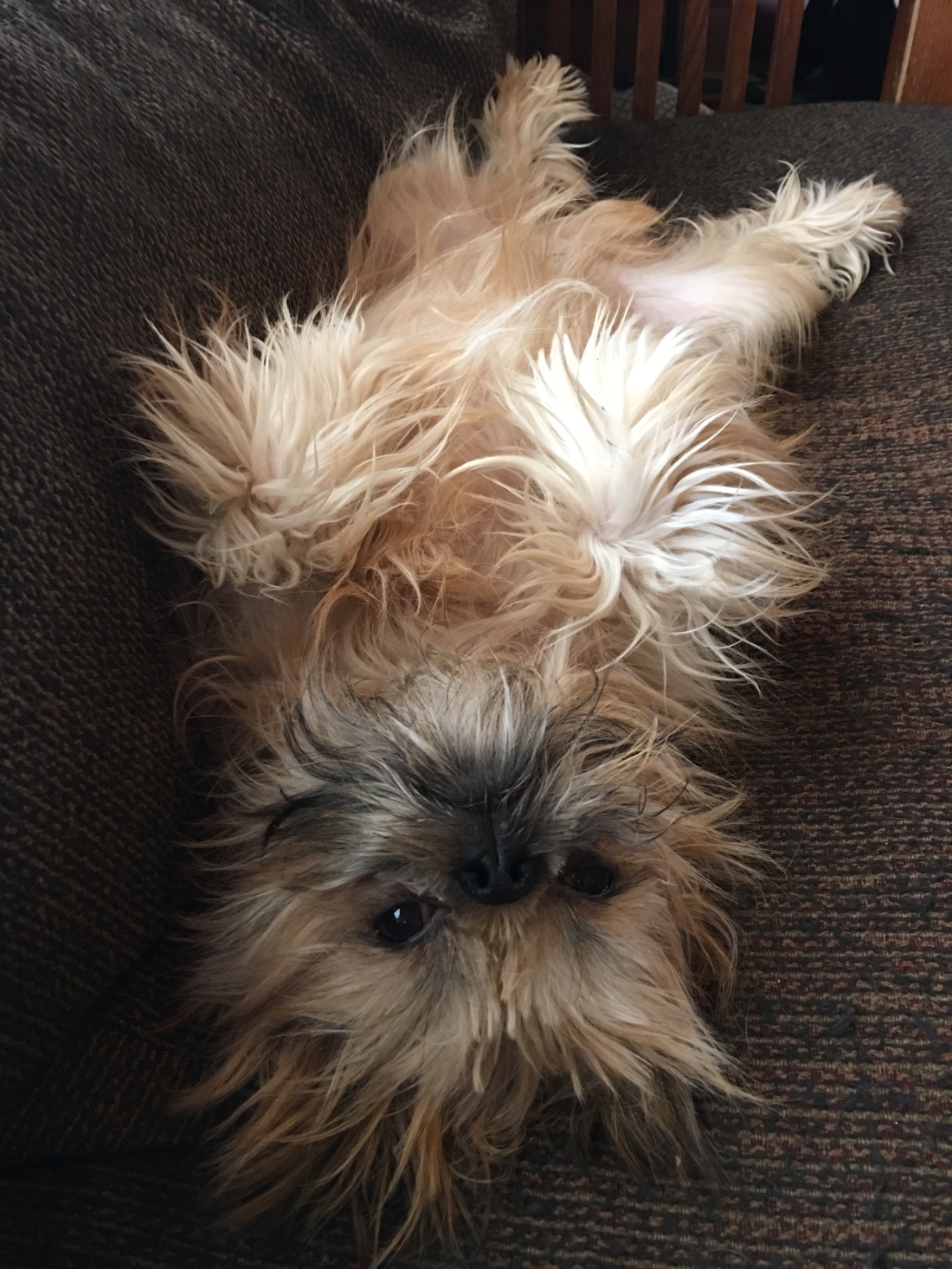 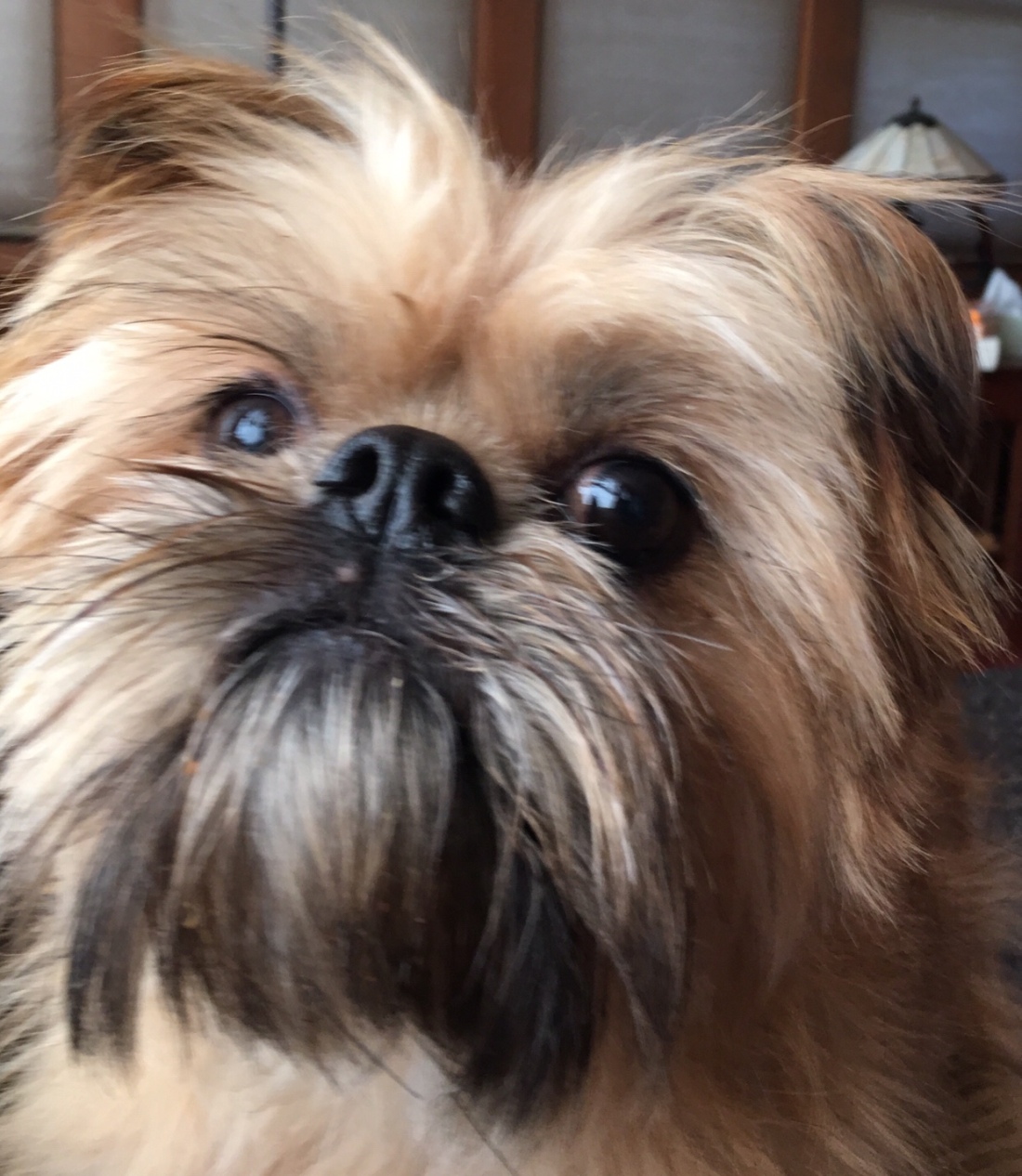 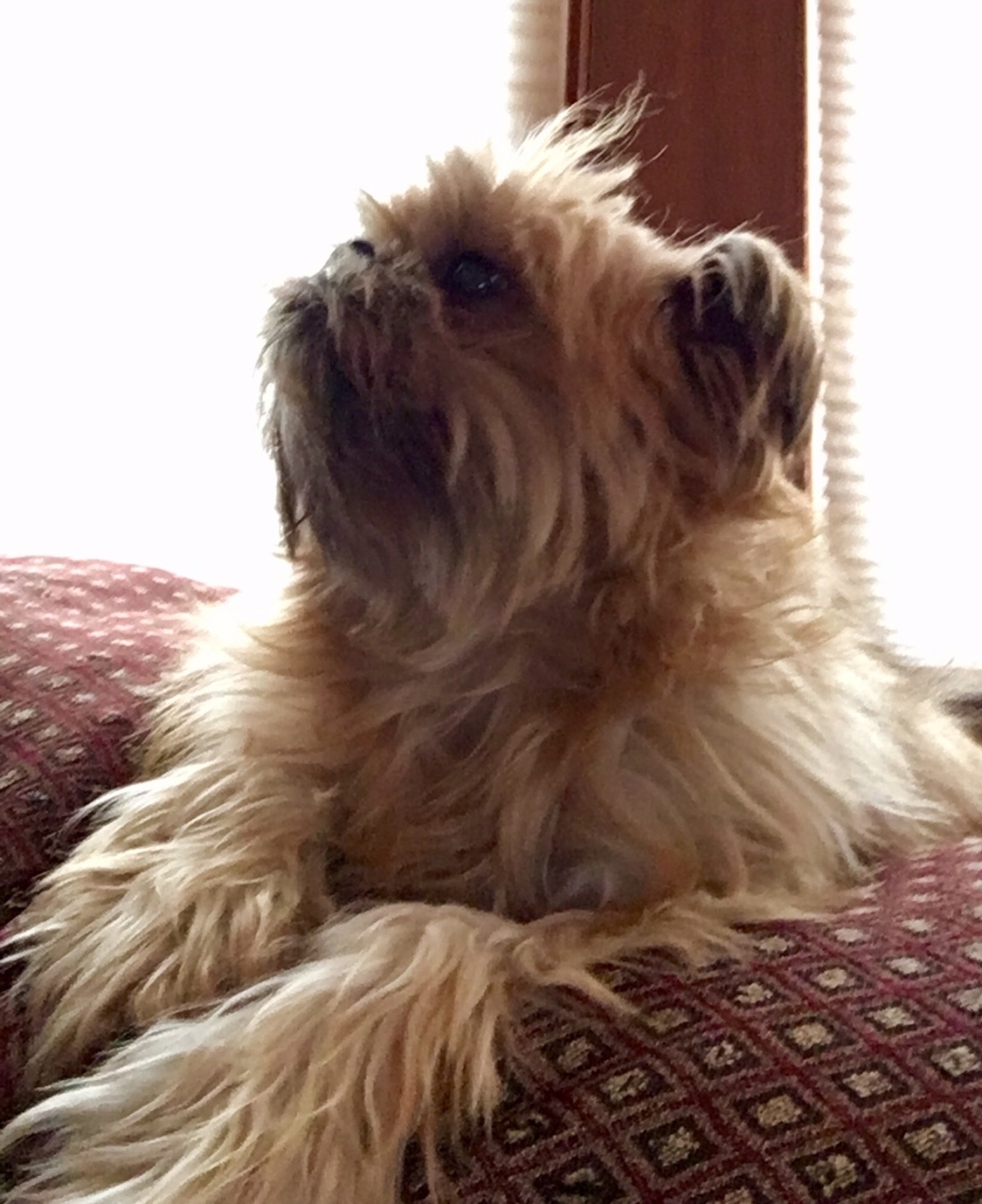 I know what you’re thinking, he IS a stud.

9 thoughts on “Trump Hijacked My Blog”