Donald Trump lies every time he opens his mouth. 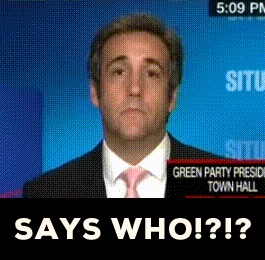 We were all there when these things he lies about happened, but the repetition of his lies have the effect of casting doubt on what we remember as fact. Still, it is hard to lie effectively when everything is documented on camera, but he does it anyway. 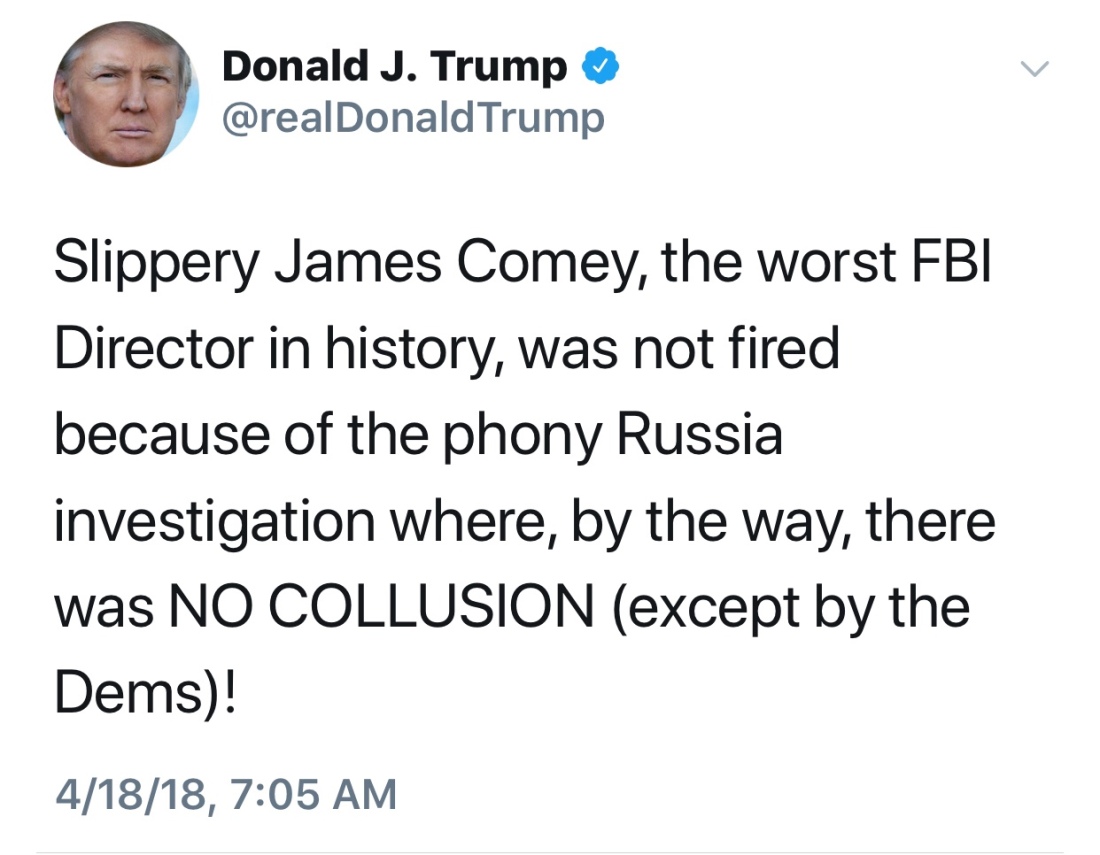 This makes sense because… 🤔 the democrats colluded to make Trump President because… I’ve got nothing. 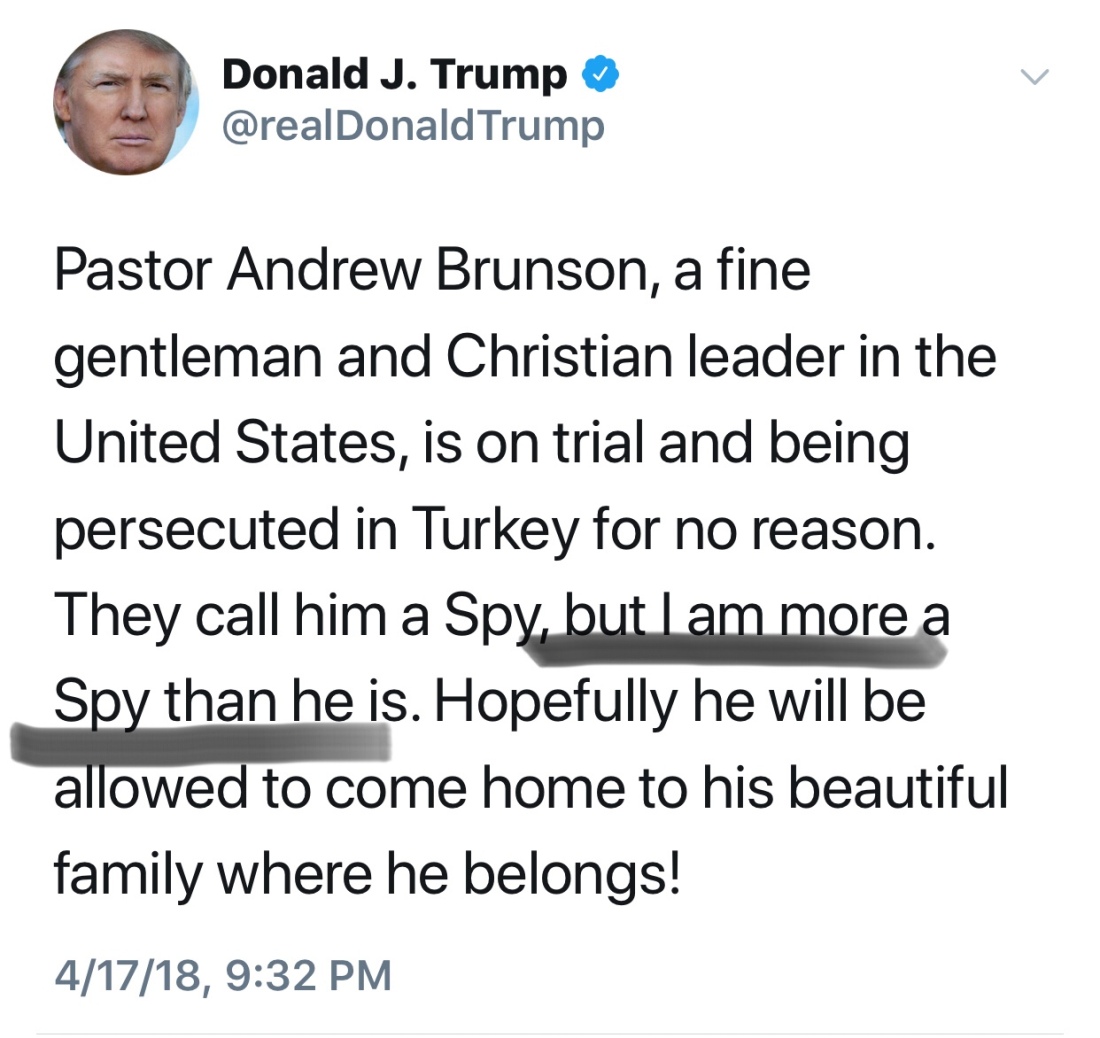 In this unrelated tweet last night, Trump either admits he is a spy, or he’s attempting sarcasm, implying he’s no spy. ~~~~~

Speaking of spys, let’s go back to May 9, 2017, the day Donald Trump fired FBI Director James Comey. Comey had been investigating Russia’s role in our presidential election, and he refused to pledge his fealty to Donald Trump. 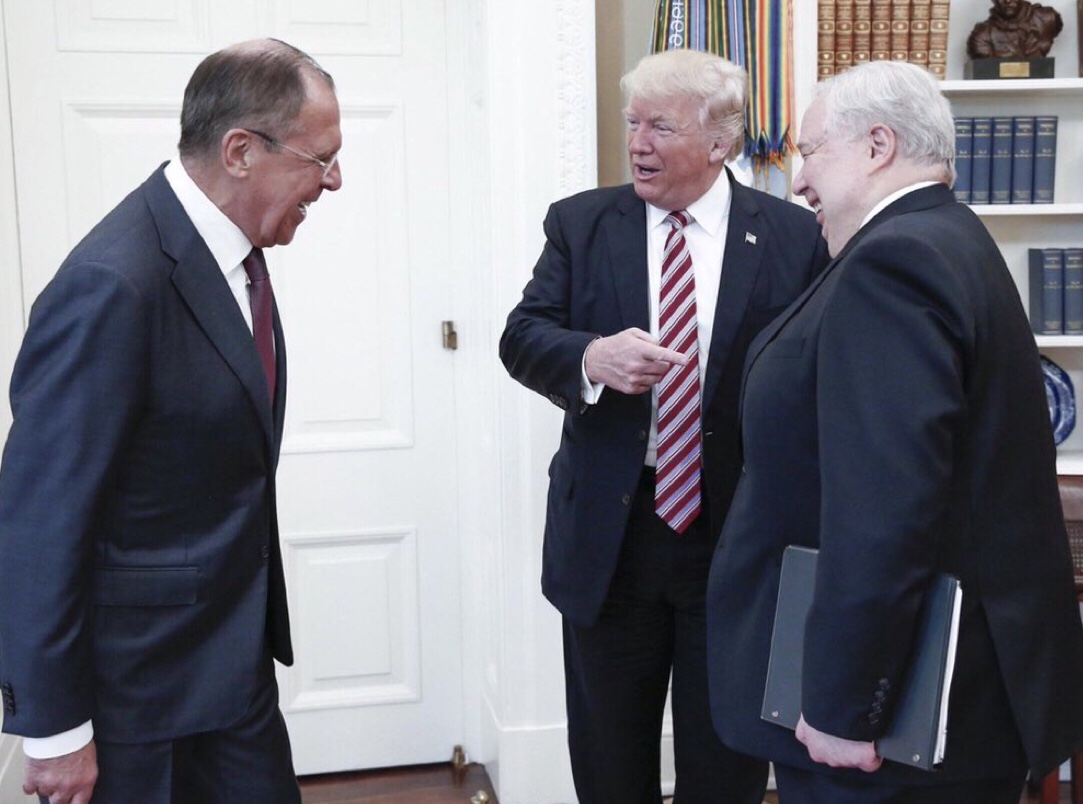 On May 10, 2017, the day after Trump fired Comey, he invited the two Sergeys to hang out in the Oval Office. During said meeting with the Minister of Foreign Affairs of Russia, Sergey Lavrov, and Russia’s Ambassador to the US, Sergey Kislyak, Comrade Trump shared highly classified information which he had received from Israeli intelligence officials regarding— terrorist group ISIS’s work to develop laptop bomb that could pass through airport security undetected.

Again, this was highly classified information that had not been shared even with close American allies. This disclosure alarmed intelligence officials in Israel and in the US.

Also during this partiya, Trump told the Russian diplomats—

“I just fired the head of the FBI. He was crazy, a real nut job. I faced great pressure because of Russia. That’s taken off. I’m not under investigation.”~ Traitor Trump May 10, 2017

Another curious occurrence during that meeting, the Russian press was allowed into the Oval Office to cover the story, while US reporters, without exception, were not.

The next day, in an interview with Lester Holt Trump said—

“When I decided to just do it, I said to myself, you know, ‘this Russia thing with Trump and Russia is a made up story.’”

With regards to Russia’s meddling in the election, Trump was required by law to impose sanctions by January 2018. The sanctions to be levied had been voted on with a 100% yes vote by Congress. Trump just decided not to sanction Russia for its election meddling, ignoring the deadline.

On March 15, 2018, the White House announced Trump would punish Russia by fining 19 Russian individuals who played a part in tampering with the election. None of the 19 individuals do business with Russian military or intelligence entities.

On March 26, 2018, the US announced it would expel 60 Russian diplomats, in retaliation for the nerve agent attack that took place in London, targeting former Russian military intelligence officer Sergei Skripal (yes, another Sergei) and his daughter Sergei Yulia.

When Donald Trump realized the number of expelled Russians from the US exceeded that of those expelled by European countries he blew an orange gasket.

Soon after, a State Department official confirmed that the US would not require Russia to reduce the number of staff in its Washington embassy. To put it plainly, Russia could replace the 60 expelled diplomats with 60 new ones.

When it became apparent last week that Russia continues to support Syria, after their chemical attack against civilians, US Ambassador Nikki Haley said more Russian sanctions would be announced on Monday. 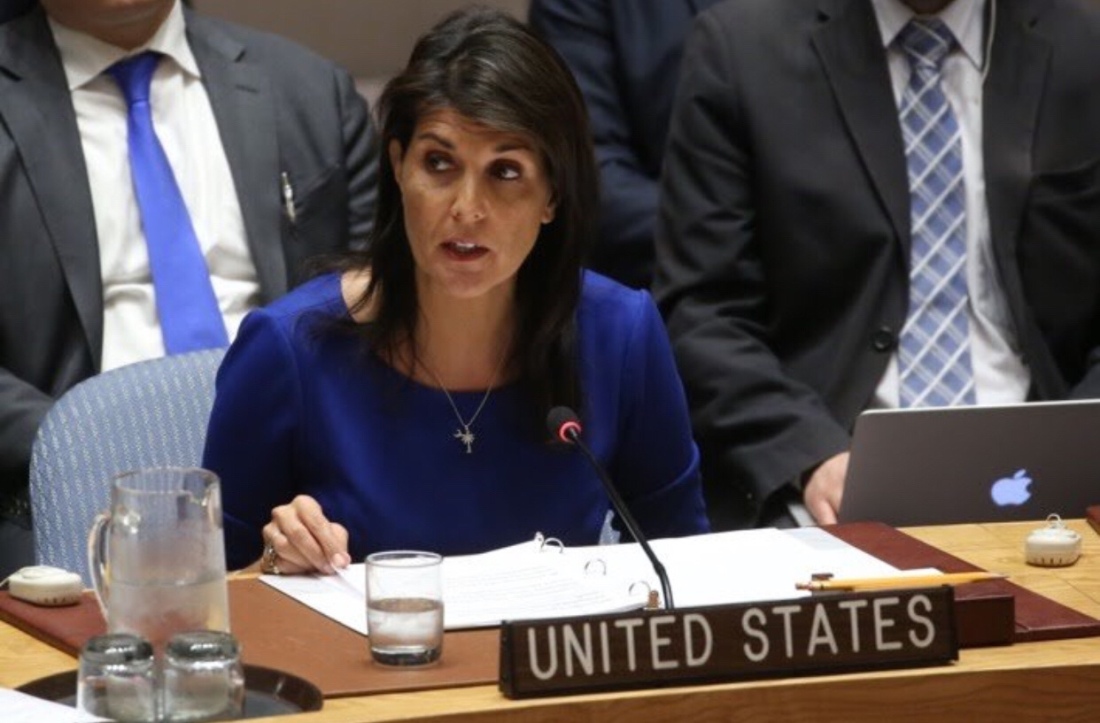 Monday rolled around and The White House contradicted the claim, stating Nikki Haley must have gotten confused when she said there would be new Russian sanctions on Monday.

Haley struck back at the White House, saying—

“With all due respect, I don’t get confused.”

Her confusion may have been in who makes US leadership decisions. Answer— Vladimir Putin. She’ll likely be next on the long list of former Trump administration officials. .~~~~~ 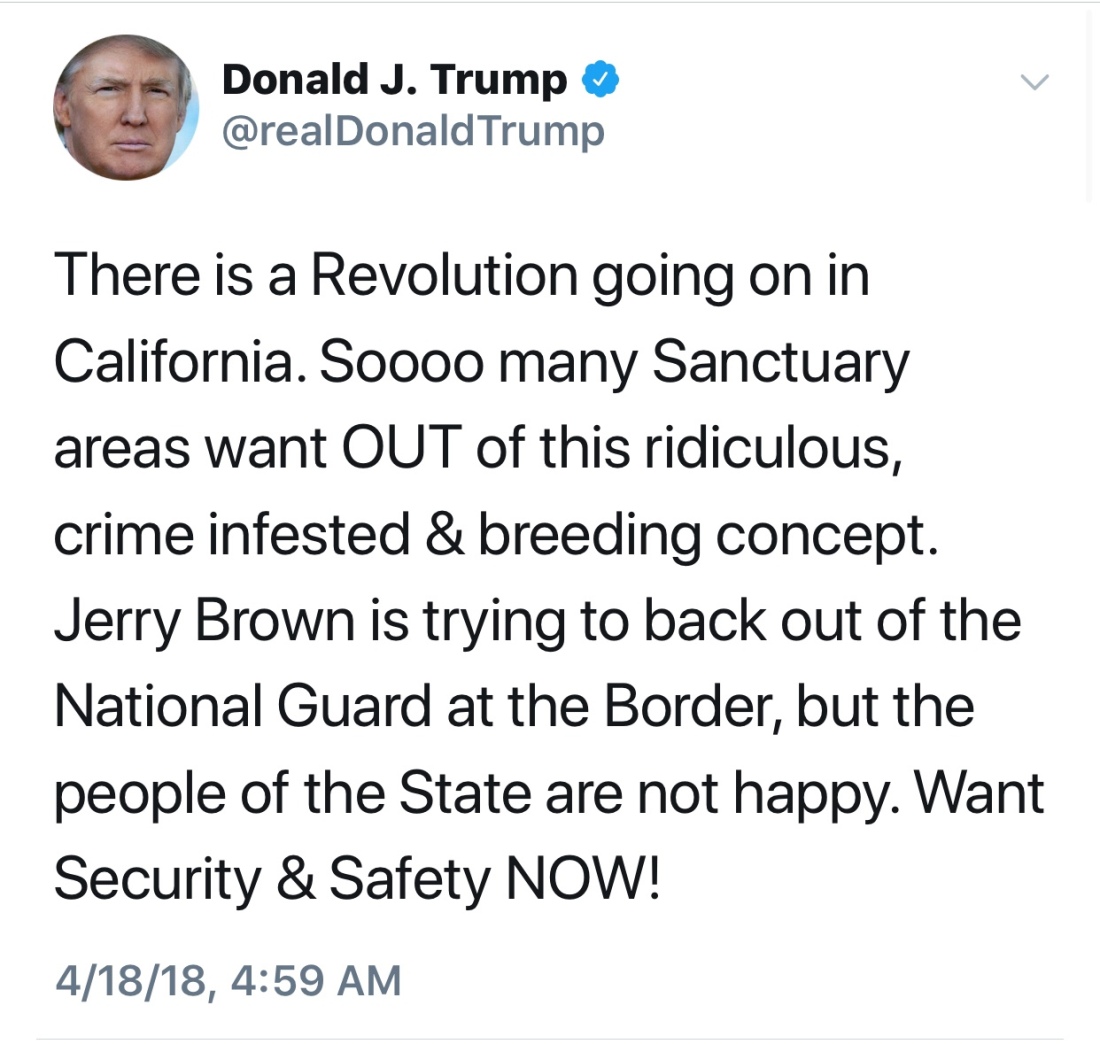 Onto another unrelated subject this morning, Trump continues to attack the state that holds the 6th largest economy in the world, keeping this country afloat. 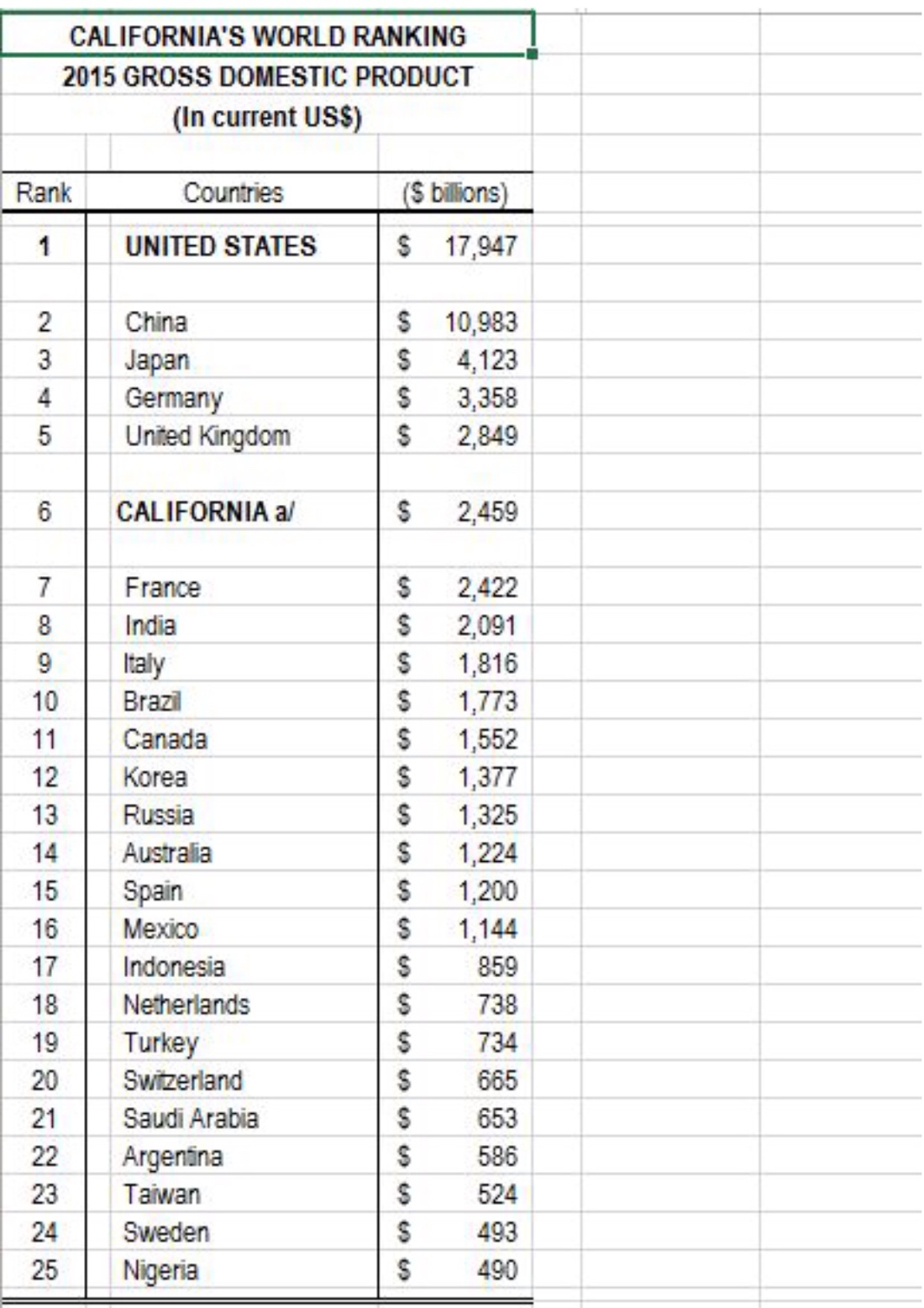 Still, part of this tweet of Trump’s is correct; there is a “revolution” going on. Regarding the nature and scope he is mistaken. The revolution is happening across America, and the revolt is against Donald Trump and the entire corrupt party that continues to enable him.

Trump’s revised version of history is wrong. Many of us don’t bother to question him anymore because it’s exhausting. That’s a dangerous habit to slip into. Donald Trump is not some senile old grandpa whose nonsense is best ignored. We need to continue to call him out on every lie. This president is not normal, and he is a threat to democracy.