A child when his father passed away,

He collected (an entitlement) Social Security

And paid for college with that money

If this wasn’t sad, it would be funny,

He proudly made it his life’s goal

To end that program, he has no soul

But, Speaker of the House, Paul D(derelict)Ryan,

He won’t run for re-election

Not because he knows he’s in dereliction

Of his duties to represent

Those who elected him, his constituents

His reason— polls show, he must be aware,

He’d lose re-election, if it was fair

So, Paul will end his shameful reign

He pushed through tax cuts for his benefactors

Scoring so much from Koch alone

He could buy a dozen summer homes

Another reason he won’t run

He must know something of his fate

he’s part of a traitorous family

They’ll will be charged and exposed

Ryan’s only hope is to testify against

Trump— Will he? I can’t stand this suspense 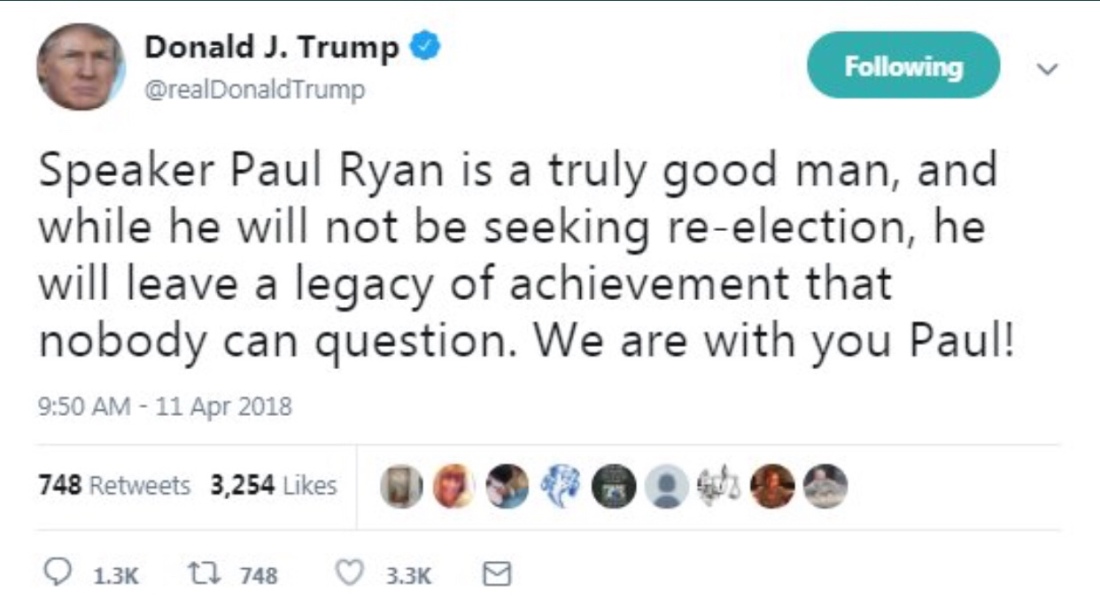 If you say so.