Andrew McCabe announced his retirement after pressure from the Trump camp in January. McCabe turns 50 this Sunday, and after 20+ years of service that makes him eligible for retirement benefits. He will receive a pension worth $1.8 million.

Attorney General Jeff Sessions is reportedly considering firing McCabe, just days before his retirement, for the sole purpose of denying him his pension.

They’ve set the stage. Sarah Sanders, who would never say such a thing about Putin, calls McCabe “a bad actor.” Jeff Sessions says he might do it. Trump has repeatedly slammed McCabe on Twitter and in person, even asking him who he voted for. 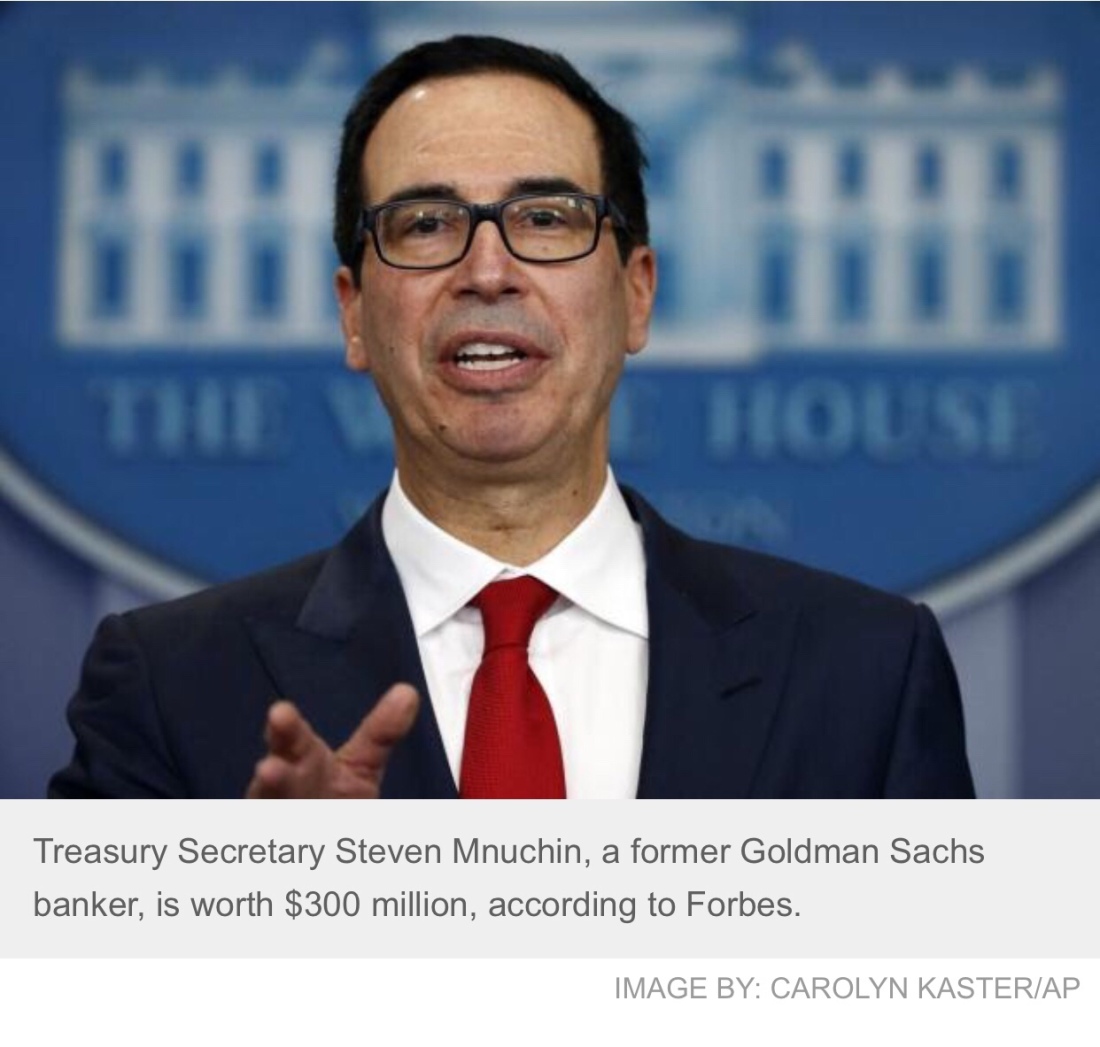 Another story in the news this week pertains to Treasury Secretary Steven Mnuchin. He’s the guy with the 3rd wife who tags her accessories on Instagram and lashes out at critics.

The Mnuchin couple has burned through $1 million in tax payer funded trips, eight of them, in his first 8 months in office… Not only does Mnuchin never fly commercial, but he only flies military. Nothing but the best for this former Goldman Sachs banker whose net worth is said to be $300 million. 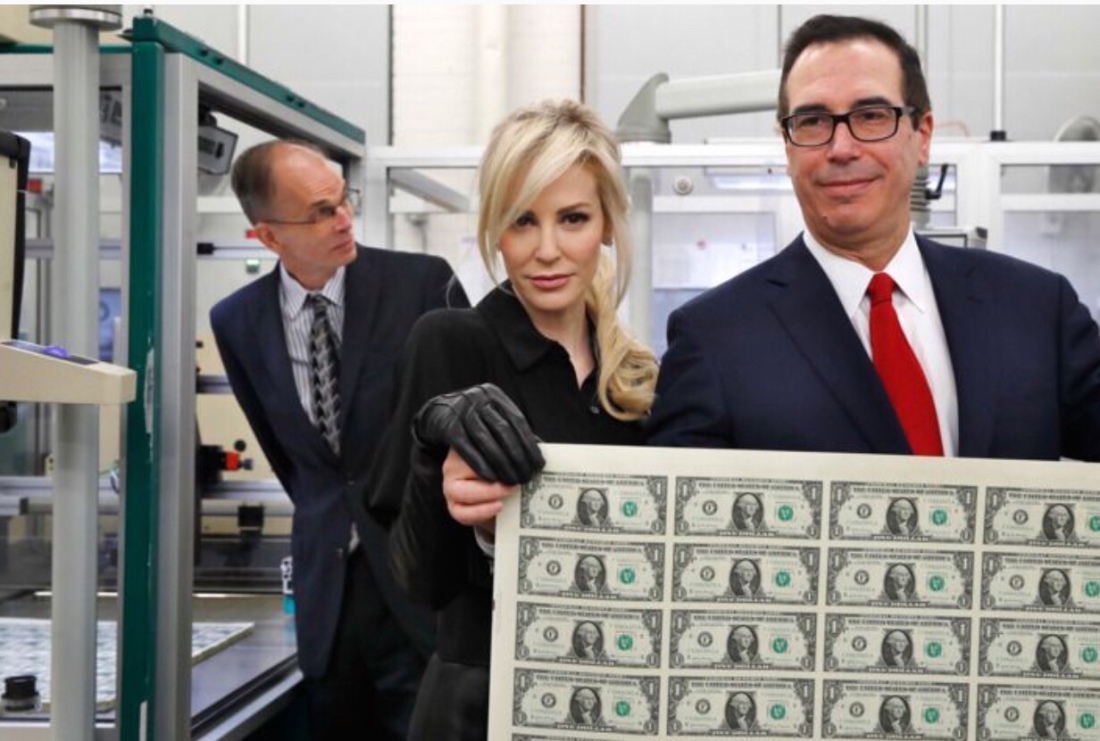 Mnuchin blows through tax payer funds unapologetically, this man who pushed for the tax cut for billionaires, and wants to cut Medicare, Medicaid, and Social Security.

There is irony in these two stories. Trump has set his people on destroying FBI’s Andrew McCabe, claiming that McCabe is scamming tax payers by retiring after he is eligible for his pension, after decades of service, pushing a narrative that McCabe was politically biased in handling the (but what about) Clinton’s email case. The reason for the accusation is McCabe’s wife, she’s a Democrat who received donations for her Virginia state Senate campaign from Virginia’s then governor, Terry McAuliffe, a close ally of the Clintons.

Receiving money from a Virginia governor is, by Trump standards, a damning crime. But the GOP and Trump receiving money from the Koch brothers, in exchange for allowing them to draft a tax bill that saves them a billion in taxes annually, is okay. Russian money laundering by the NRA, who then funneled it into Trump’s campaign is also perfectly acceptable.

Trump doesn’t bat an eye with the first, but takes affront at the second.

Will McCabe last the weekend?

** Unfortunately this post needs updating. This evening Jeff Sessions followed Trump’s order to fire Andrew McCabe. Trump is consistent in his vindictiveness, if nothing else.

“Here is the reality: I am being singled out and treated this way because of the role I played, the actions I took, and the events I witnessed in the aftermath of the firing of James Comey.” ~Andrew McCabe

McCabe worked for that pension and deserves it. In any event, he’ll appeal this in court, and there’s always a book deal.

Trump can’t walk away from an opportunity to witness tamper and obstruct justice.