Just over 12 hours have passed since Rex Tillerson named Russia as the culprit behind the poisoning of spy Sergei Skripal, who helped with the Steele dossier… and Tillerson himself is met with “fire and the fury like the world has never seen.” Meh. 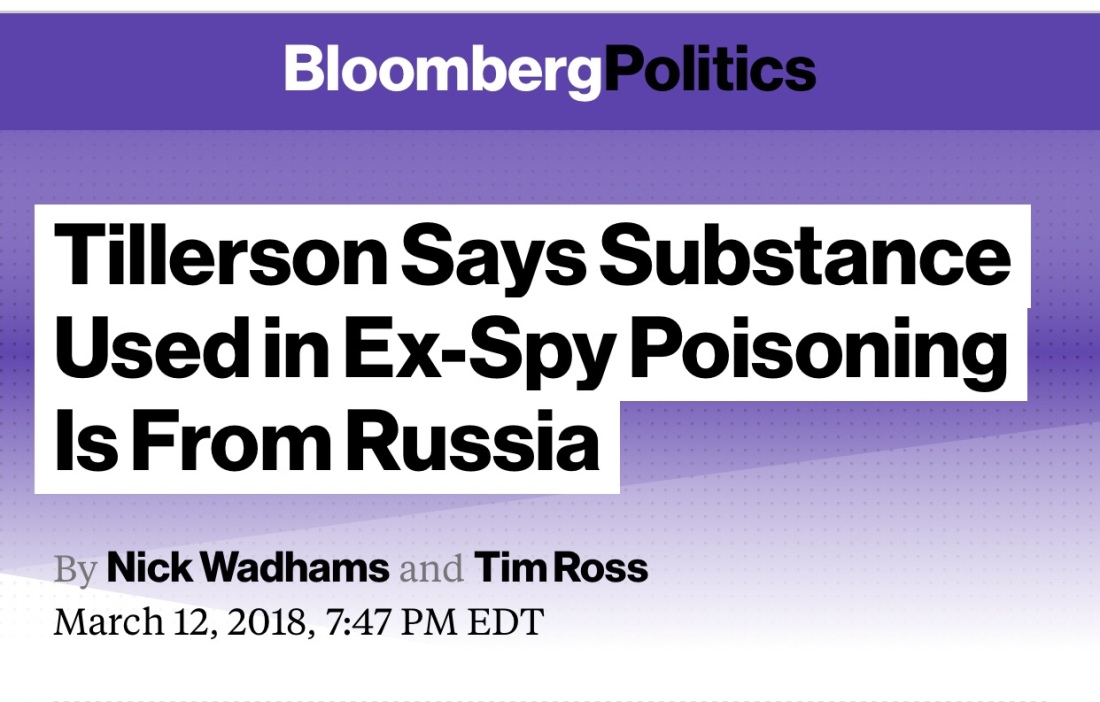 Tillerson said— poisoning of the one-time spy was an ‘egregious act,’ attack that will trigger a response.

I’m inspired to pen a poem…

replace him as Sec o State,

tells us Gina somebody replaces

Pompeo as the CIA Director.

Now we know removing Tillerson was

the “response” Tillerson said would be “triggered”. 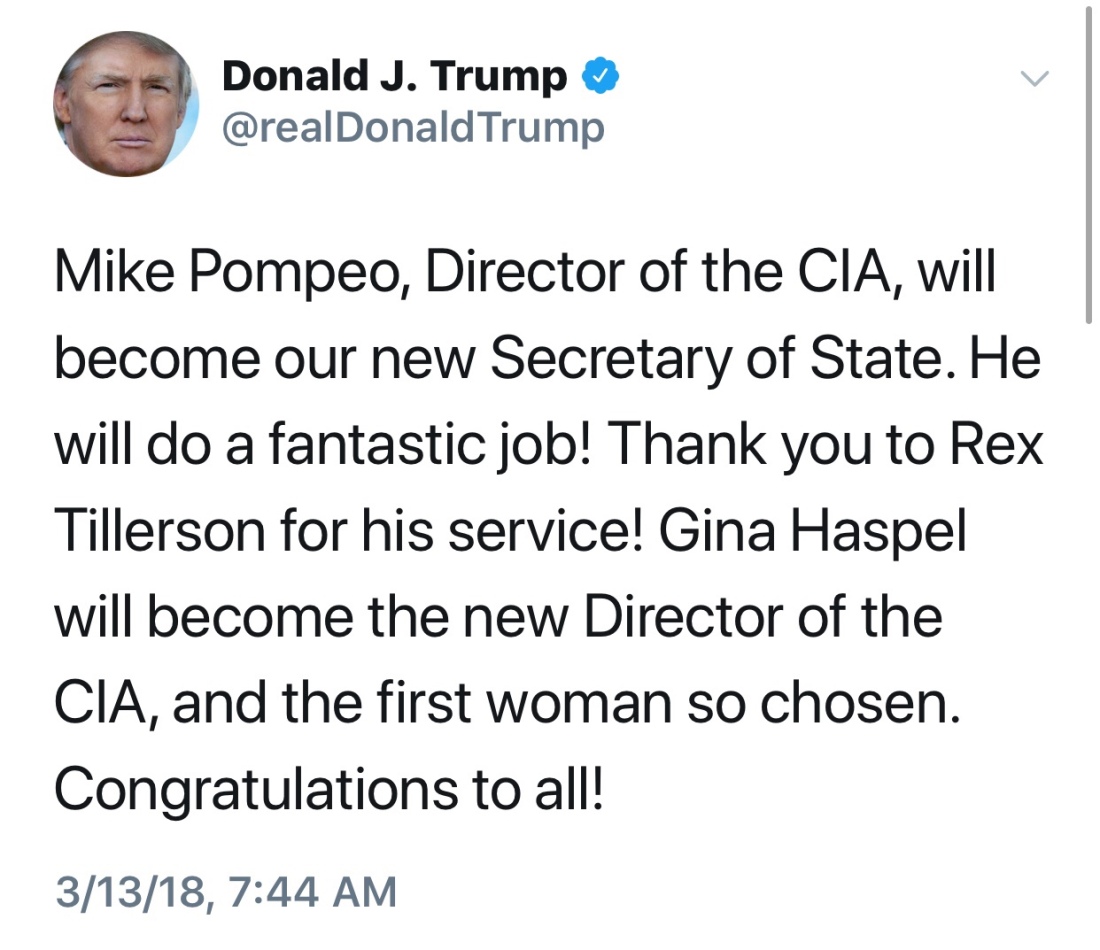 Who is Gina Haspel?

“As a clandestine officer at the Central Intelligence Agency in 2002, Gina Haspel oversaw the torture of two terrorism suspects and later took part in an order to destroy videotapes documenting their brutal interrogations at a secret prison in Thailand.” ~New York Times

Due to an “unspecified security issue”, Trump’s personal assistant, John McEntee, was escorted out of the White House on Monday.

Two senior administration officials tell WSJ— Mr. McEntee was removed from the White House grounds on Monday afternoon without being allowed to collect his belongings. He left without his jacket.

Tuesday’s Child is full of grace…

or was before Trump was potus.