Donald Trump, who said he would never take vacations as president and has golfed almost every weekend since his inauguration, is starting his 17-day vacation today. He’s exhausted after six months of trying to convince the world that Vladimir Putin isn’t the reason he is President of the United States.

Trump attended a rally last night in West Virginia, perhaps to feed his narcissist need to be worshipped, or perhaps to avoid Washington, where the director of the special counsel overseeing the Russian investigation, Robert Mueller has impaneled a grand jury signaling an escalation in the Russia probe.

Trump Tweeted this morning as if his world isn’t collapsing around him. 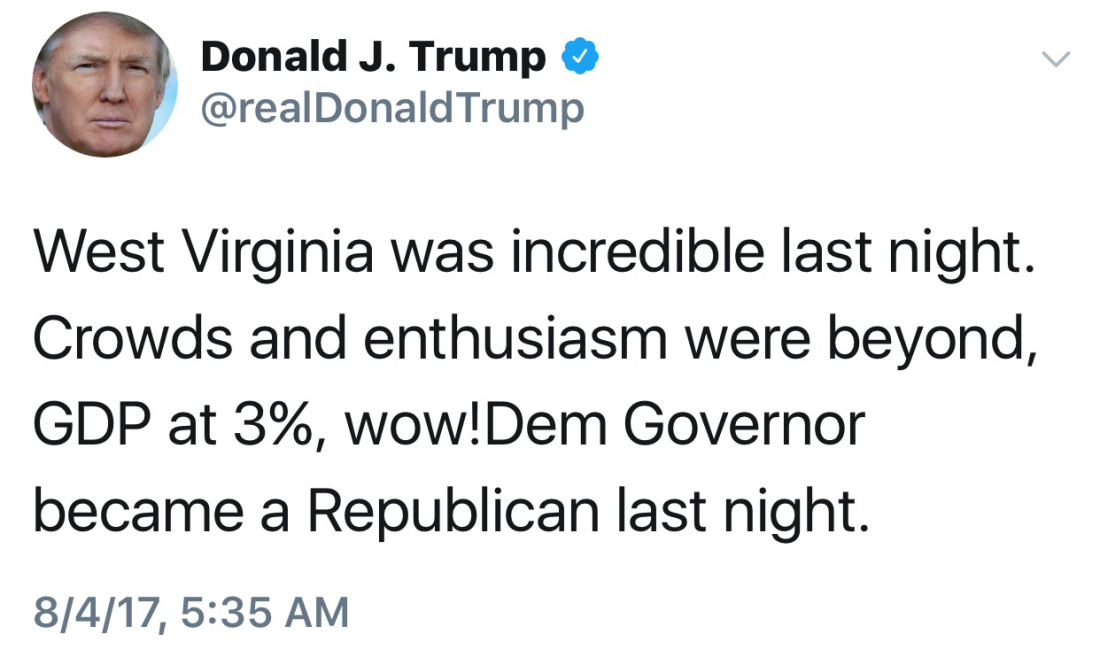 Interestingly, the latest addition to the Republican Party, billionaire Governor of West Virginia Jim Justice, whom Trump mentions in the above tweet, sold his coal mines to Russians for $600 million in 2012, and recently bought them back for only $5 mil.