It was a day worth celebrating for Republican supporters of the bill repealing healthcare benefits offered in the Affordable Care Act. Their “win,” which if followed by another “win” in the Senate, will result in countless deaths, is a reason to celebrate—for them. The wealthiest country in the free world, it would appear, has the greediest politicians.

Our retribution will come on Election Day. The following members of the House of Representatives who voted yes are up for reelection next year:

*Jason Chaffetz was all smiles as he rolled in to vote yes on the bill that cuts healthcare coverage for millions of taxpayers— after having had his own elective surgery on a preexisting condition—paid for by tax payers.

The phrase that comes to mind when I think of this attitude toward healthcare is “There but for the grace of God go I.” I live in recognition that others misfortunes could be my own. I understand that my fate is not entirely in my hands. Because I am fortunate to have healthcare today does not guarantee I won’t meet with the adversity of being uninsured tomorrow.

If you have an excellent healthcare package through your employer, as do I, you may think none of this matters to you. Think again. Many of these stipulations allow employer provided plans to follow suit in what will become the new normal.

A closer look at the changes the bill provides:

Those with preexisting mental health issues will be denied healthcare by the same politicians who will make guns accessible to them.

Supporters of this bill have their own peculiar preexisting condition. They lack the humility that would allow them to understand that no one deserves healthcare more or less than they do. They believe they are entitled to that which they would deny others. These politicians who celebrated yesterday voted to keep ACA benefits for themselves…paid for by taxpayers, many of whom will lose their own coverage.

Hours after celebrating the first step in the annihilation of America’s healthcare, Trump met with Australia’s Prime Minister and praised their universal healthcare system. 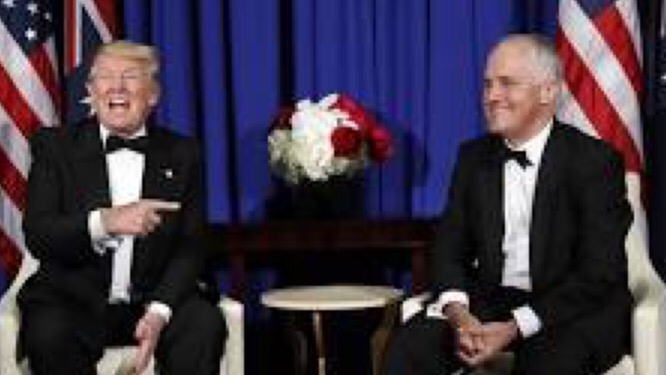 “I shouldn’t say this to our great gentleman and my friend from Australia, because you have better health care than we do. We’re going to have great health care very soon.” ~Trump

And now Trump is in NJ golfing for the weekend.

15 thoughts on “Celebrating the Loss of Healthcare for Millions”