I may have attention deficit disorder. I’ll let you decide.

Let me clarify that statement too. My posts write themselves. I take absolutely no responsibility. (Does that work?) When inspired, my thumbs tap away and my brain sits in wait of the results, then it considers the poor punctuation. When uninspired I don’t write at all, which is why my posts have become so sporadic.

Anyway, I’ll get to said sunshine after I share my research on the phrase.

I know people who love love love ‘Top Gun’ and can recite the dialogue verbatim while watching the film. (I do that with a worthier film, Young Frankenstein.) Top Gun is a film I have endured once; twas enough for me. (I’m not a fan of Tom Scientology.)

The writers of the aforementioned fighter pilot film did not “pull that (quote) out of their asses,” they twisted the turn of phrase “blow smoke up your ass.”

So let’s look at the origin of that phrase. To give credit where it is due, we must go back to the year 1774, London, where Doctors William Hawes and Thom­as Cogan were called upon by the rich and fashionable crowd to revive half-dead drowning victims pulled from the Thames River— if they could pay 4 guineas. 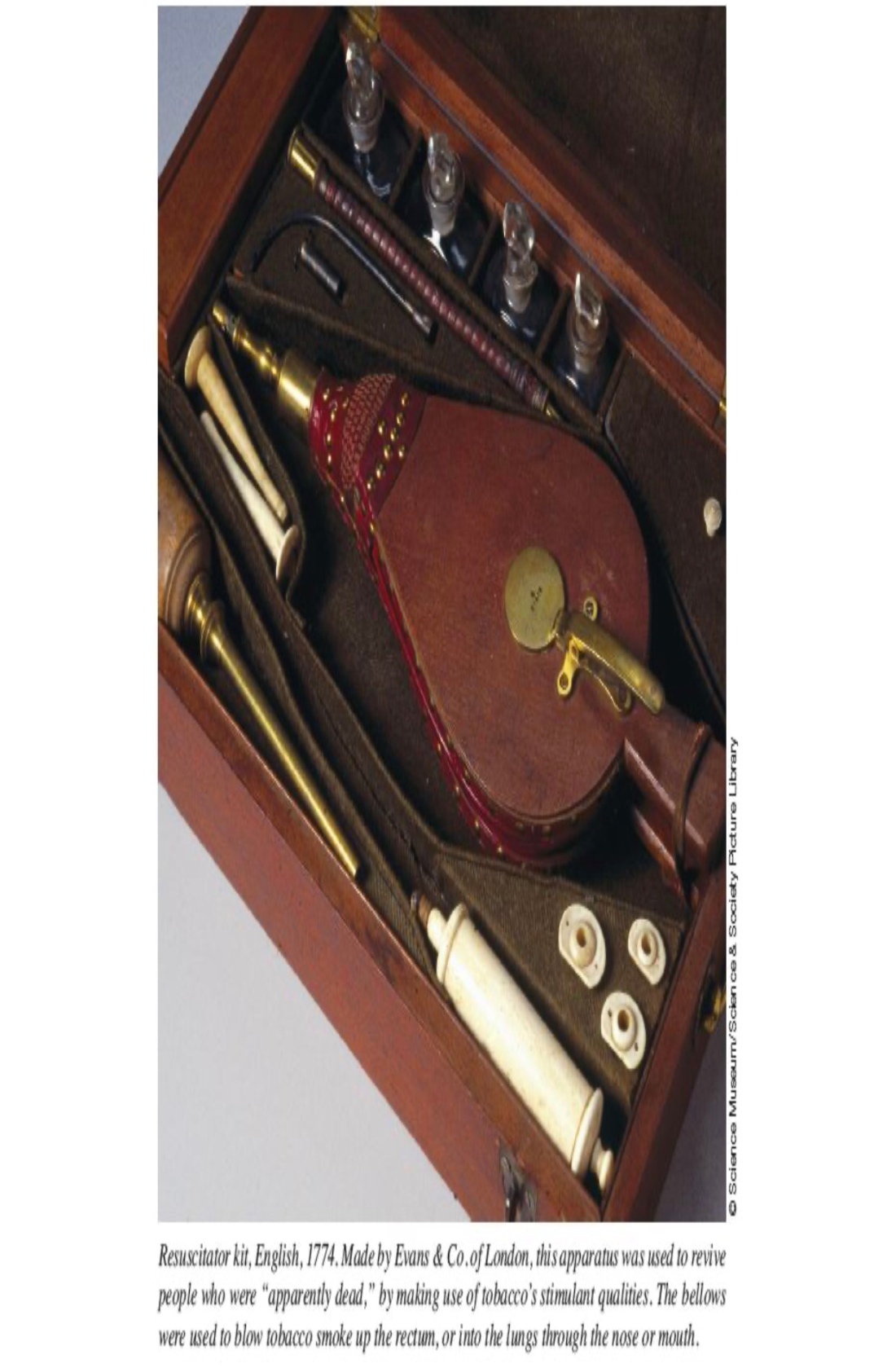 They used a device that you might find near a fireplace today, along with imported tobacco.

The unconscious were treated by literally having smoke blown up their asses. It’s true. People were once treated for everything from apparent death to headaches, respiratory failure to colds, hernias to ab­dominal cramps, and cholera to typhoid with this method, again, if they had 4 guineas- the going price for a tobacco enema. I believe bloodletting was included in the cost.

This information affords you a new visualization to conjure up the next time you hear someone ask to ”bum a smoke.” You’re welcome.

Obviously, blowing smoke up someone’s ass to resurrect them was practiced before CPR proved an effective alternative. Imagine how hard it would be to find a volunteer today for an emergency. “I’m a first responder, help me with his pants and roll him over.” ~ not me.

Bloodletting and smoke enemas, hmm… Perhaps this will be the next suggested treatment offered by (not-a-doctor,) Donny-two-scoops to be used on Covid19 patients.

Every good story must come to an end. (Pun not intended.)

Oh, what I wouldn’t give to be a fly on the wall with access to a time machine.

I’ve lost interest in following the history of this phrase, so I’ll make a long story the same length by saying this:

Smoke and mirrors used in magic shows to trick people into not seeing reality, married the tobacco enema, and gave birth to “blow smoke up your ass.” What a lovely family. The phrase came to mean ”giving an insincere compliment.” Because— I have no idea. And “blow sunshine up your ass” has become synonymous with ”bestowing false optimism.”

The phrase may be vulgar, but I like colorful imagery. A similar phrase, less vulgar, was coined in Dr. Seuss’ Horton Hears a Who:

”In my world, everyone’s a pony and they all eat rainbows and poop butterflies.” ~Katie

I want to move to Katie’s world. I think it’s Canada.

As I said many words ago, I was going to start this post in the following way:

”I’m going to blow sunshine up your ass today.”

Butt, sadly I can’t remember what that sunshine was. In hindsight (pun not intended,) perhaps I should have gotten to the point first, and then gone back to research.

4 thoughts on “Blowing Smoke and Sunshine up Your Ass”