I have been informed, by my son, that I live in a liberal bubble. He says I would be considered a “liberal extremist.” Hmm, okay by me. I admit I prefer to spend my time with likeminded people who live by the golden rule.

What golden rule? I suppose there is more than one. 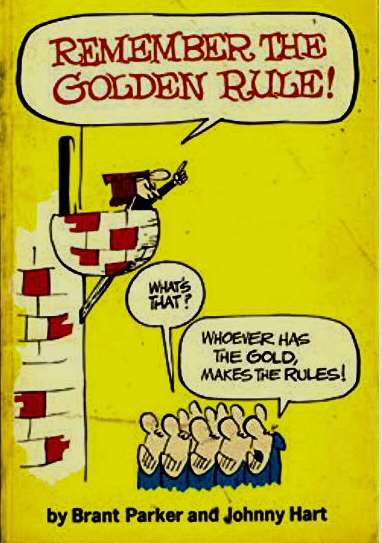 “Whoever has the gold makes the rules.”

Although an accurate description of our government today, it is not the golden rule I was referring to.

“Do unto others as you would have them do unto you.”

That’s the one; it pertains to ethics, conscience, and right vs wrong.

I had an alarming revelation yesterday. I was told that someone who I once considered intelligent, reasonable, and well informed, watched the State of the Union Address and, (despite the 15,000 fact-checked lies Trump has made as president,) commented with sincerity, “that sounds pretty good.”

Are right and wrong are subjective? I have a migraine.

My son may be right. I surround myself with those who are not blind to injustice. I have come to assume that everyone thinks as I do. My people (I’m Moses) don’t condone misogyny, racism, any kind of discrimination, they’re not the filthy rich, (not the same as rich,) nor are they small-minded in general.

I’m not saying everyone has to agree with me on every subject to be my friend, but I am saying I will not engage in conversation with people who are not open to ethical reasoning and can not quote Shakespeare.

I think we are in trouble.

People still take Trump at his word. There are people who still don’t know that he has and continues to separate families at the border, and cages them. There is an information war underway, and truth seems to be losing the battle.

The rest of the world is better informed about our political mess than most of America. 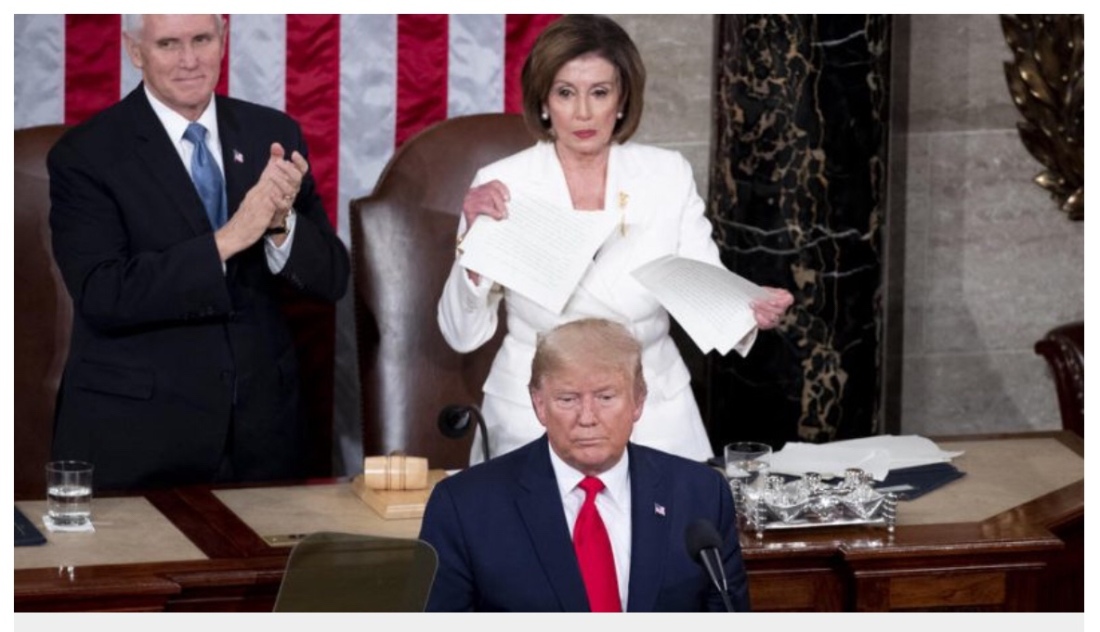 By now you’ve heard that at the end of Trump’s speech, Nancy Pelosi tore up her copy of his lies. The outrage that Republicans directed at Madame Speaker’s act of defiance against our dicktator-in-Chief is what we have come to expect in our dystopian new world. They know it was within her legal right to destroy her copy of the said speech, still, they tried to file charges against her. It was bad theater performed to rally support.

Ironically, Trump has ordered the National Archives and Records Administration to destroy federal records pertaining to crimes committed by ICE, and detention center employees, against detainees at the border, crimes that include the rape of children.

Pelosi’s reason for tearing up the speech was sound. She wanted viewers to be aware that his words were not universally accepted. Those most susceptible to his rhetoric didn’t get the message.

Tearing up his propaganda angered his base to the point that she is receiving more death threats than has become her new normal.

He promised to protect preexisting conditions, while currently fighting against them in court.

He said 700,000 fewer people are dependent on food stamps thanks to him. That is true, but not because he’s “lifted them out of poverty,” but because he kicked them out of the program. Those people will now go hungry, they’re not better off.

How many people affected by these cuts will vote for him out of ignorance? They won’t listen to the truth.

Kudos to the editing genius that put this together. I would watch a 2 hour comedy about this joke of a #POTUS. If we can’t remove him yet, well… let’s continue to laugh at him. Makes things a pinch 🤏🏻 easier. #JOTUS J=joke OTUS=debatable

Trump’s State of the Union Address happened to fall on

All that, and still, Donald Trump used the SOTU to award Rush Limbaugh, a vile white supremacist radio host, the Presidential Medal of Freedom. That was intentional.

So yes, Nancy tore up his speech, upstaging him two years in a row. 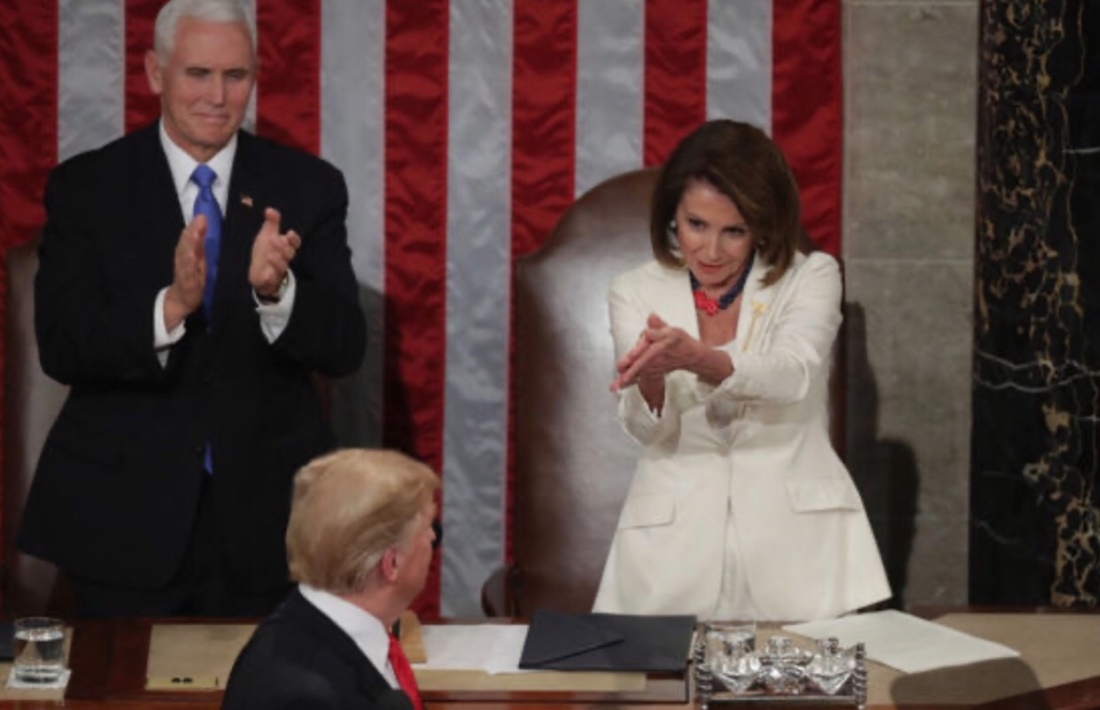 It was at last year’s State of the Union, you might remember when she wore his balls on a necklace and applauded him with shade. She is my hero— not a big sandwich, a fearless warrior.

16 thoughts on “Nancy Pelosi is My Hero”