Schumer is in the house the game. If impeachment were a track meet, Pelosi would be doing her final lap, and Senator Chuck Schumer would be jogging in place, in position, ready to take the baton— when she passes it to him.

Do Democrats have a plan? 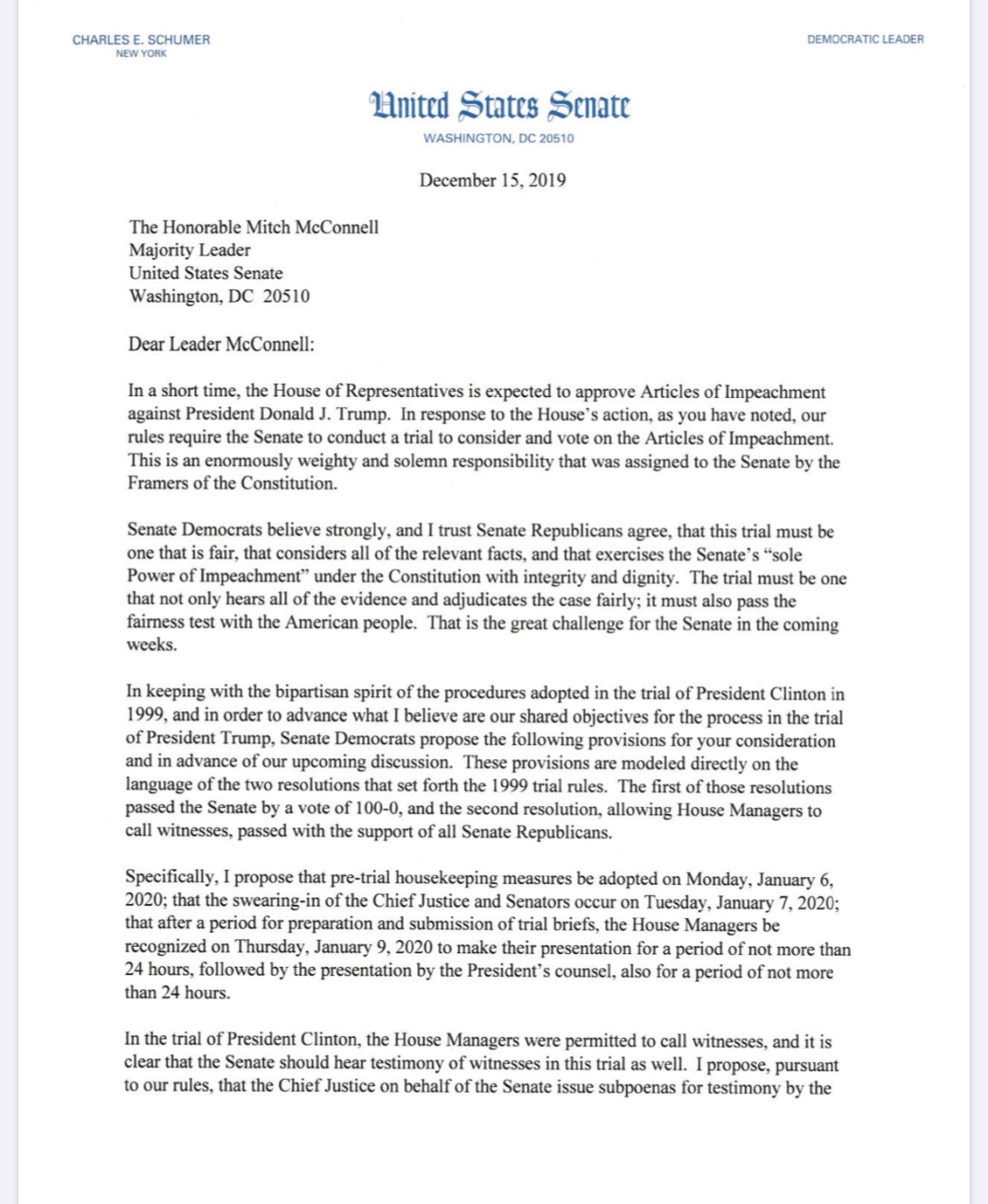 Schumer is set to meet with Darth McConnell to discuss a bipartisan resolution to structure the impeachment trial for the toddler-in-chief.

During last week’s press conferences, held by Republican Senators Moscow Mitch and Lindsey Graham, both announced their intentions to ensure tRump’s impeachment goes no further than the House.

“We all know how it’s going to end. There is no chance the president is going to be removed from office.” ~McConnell

Senators’ constitutional responsibility is to act as an impartial jury during an impeachment trial. They will take an oath declaring as much. McConnell and Graham have promised to disregard their vows in advance of taking them. Neither should be permitted to sit on the jury, but who’s going to stop them?

They’ve implied that no witnesses will be called.

“The issue of witnesses and documents, which are the most important issues facing us, should be decided before we move forward with any part of the trial.” ~McConnell

Schumer’s letter is an opening offer. He names four potential witnesses who he would like to testify. Can his letter change the course of events?

Republican Senate committee leaders have shown their cards, and a growing number of legal experts are asserting that the appropriate response by Democrats would be to hold the impeachment vote in the House as scheduled on Wednesday, but not to forward the impeachment to the Senate until there is some guarantee that a fair trial will be held, and to continue investigating tRump’s crimes.

Republicans will argue against anything Schumer requests, but Nancy is still holding the baton.

2 thoughts on “Do Democrats Have a Plan?”