Attorney General Bill Barr continues to use the Justice Department as a shield to protect the White House squatter-in- chief.

Like our fake POTUS, and the thugs who work for him, Barr commits his crimes brazenly in broad daylight. One would expect our squatter and his protectors to lie low for a while, to try to mitigate his impeachment inquiry and lessen the threat of his removal from office. Strangely, the chaos is accelerating. We can only assume the reason is that, as with everything this administration does, they intend their screeching halt to be the bigliest ever.

Until that screeching halt comes to pass, Bill Barr will continue to obstruct the process. I can say this with surety because he showed us his cards early on, and he has since committed many more unscrupulous acts. These are just a few:

For almost three years we have assumed each hour has been the darkest, but they keeps getting darker.

This may be dawn.

US Congressman, Bill Parscale Jr, from the 9th district of New Jersey, member of the House Ways and Means Committee, has filed papers asking for Bill Barr’s license to be revoked. 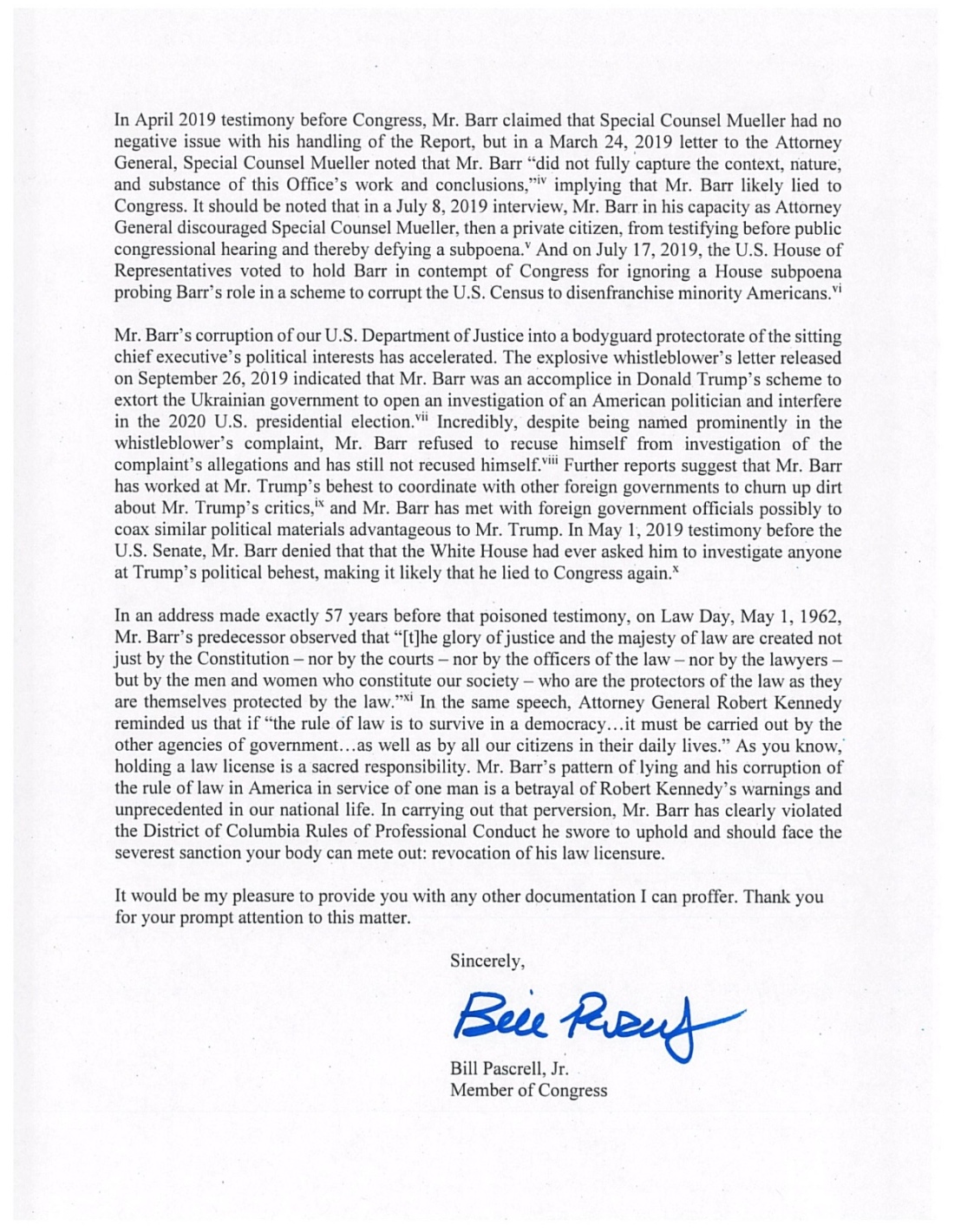 It seems there are no Republicans in Congress who care about the latest atrocity, that Kleptocrat Conald has facilitated the ethnic cleansing of the Kurdish people. Nor do they seem to care that he’s sending our troops to protect oil for the Saudis. The GOP remains unmoved by 45’s deliberate destruction of America’s alliances, our credibility, and his continued abuse of children in our border cities.

The GOP may care that polls are reflecting a change that will affect their political futures. 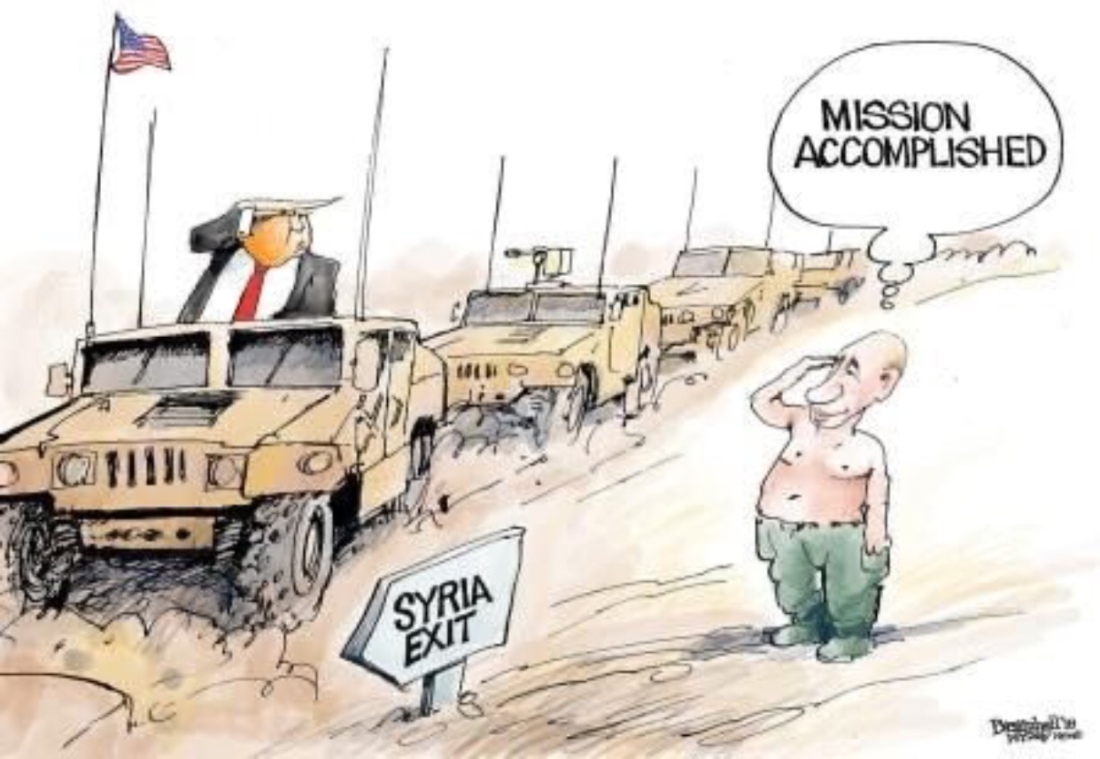 I have said this several times before, and I’ve been wrong, but I believe this time is different because the public is on to him— FINALLY. 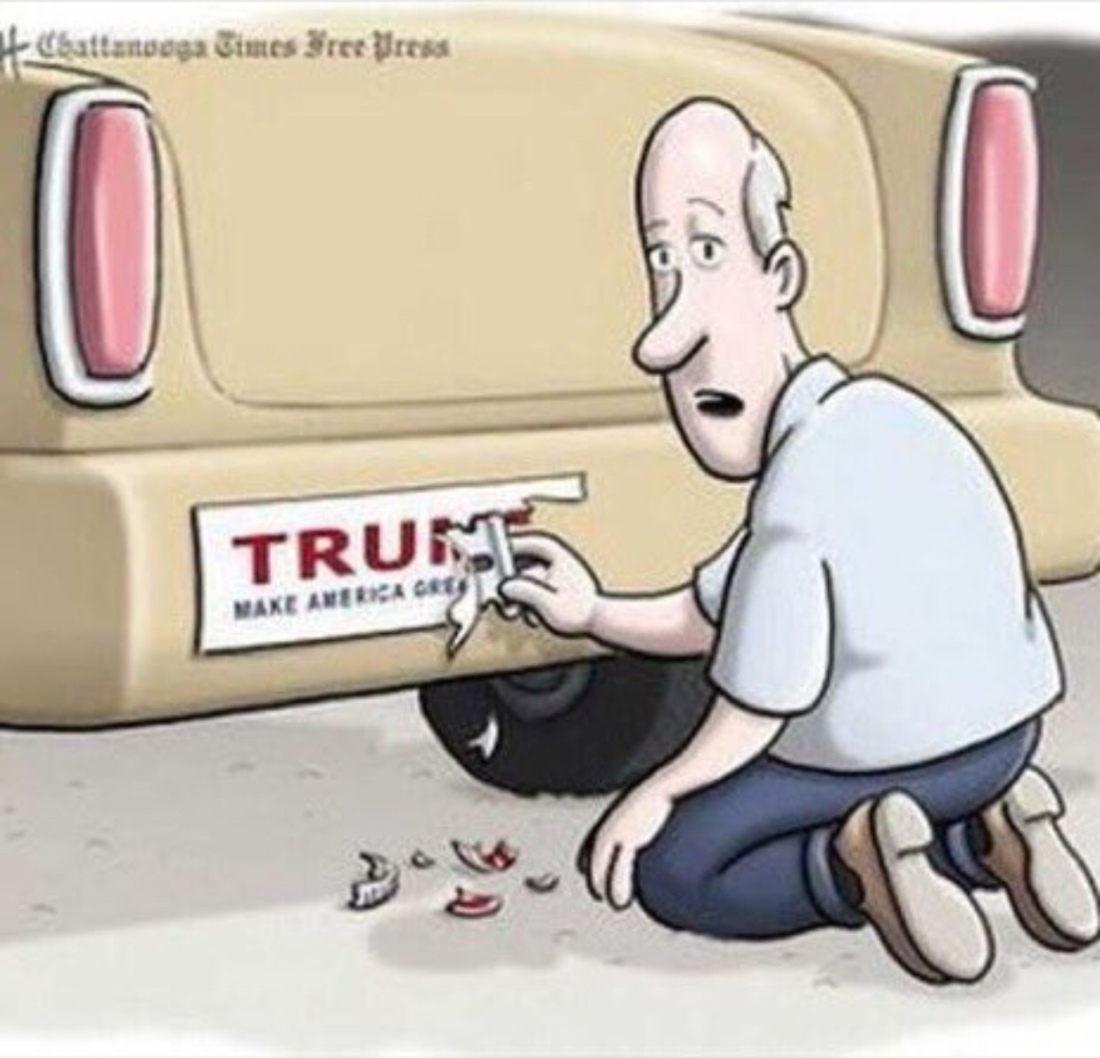 Yes, we’re almost there. Don’t make me stop this car.