While the kleptocrats in control of our political system have wielded their power to widen the wealth gap, the ultra rich have rigged the future for their underachieving offspring by gifting them Ivy League College admissions that likely come with matching ill gotten diplomas.

Let’s be honest, this shocking college admissions scandal is nothing new. The super rich have been buying their children admission to and diplomas for Ivy League schools forever.

Donald Trump is a perfect example. He was not a student of choice for Wharton School of Business. If anything, the school has lost much of it’s credibility because they allowed Donald Trump to slip through the cracks. He can’t form a simple sentence without making several simple mistakes.

Further proof that Trump didn’t earn his entry to Wharton was provided by his former attorney, Michael Cohen, who admitted during testimony to having threatened Trump’s former schools with lawsuits should any of his transcripts be released to the media.

The current college admissions scandal is only shocking in that it has created problems for least 50 people.

Those 50 people have much in common:

Among the newly felonious ultra rich parents are:

Mossimo is a Trump fan who has been heard complaining about there being “a lot of takers and entitled people out there.” (Oh, the irony.) Laughlin has been dropped from her contract with the Hallmark Channel, but I think they’ll survivor without her income. “Mossimo”, a target brand, was bought out in 2005 for $135 million. Target is currently phasing out the brand.

Their 19-year-old daughter, Olivia Jade Giannulli, freshman at USC, is a “YouTube star” with over 1.9 million subscribers, whose persona revolves around her college dorm life, her party life and of course her makeup line (cancelled) with Sephora. She’s on video making statements like:

“I do want the experience of game days, partying, I don’t really care about school, as you guys know.”

“I don’t know how much of school I’m going to attend.” ~Jade Giannulli

Jane Buckingham: president of a consulting firm whose clients include numerous Fortune 500 companies, she is also the author of 6 books, ironically, one is a guide to motherhood.

Gregory Abbot, CEO of the International Dispensing Company, and his wife Marcia.

Gregg and Marcia Abbott’s daughter who benefitted from cheating has not commented, but her brother Malcolm Abbott — also known as rapper Billa B, who happened to be smoking a *blunt when approached outside of the family’s 5th Avenue Apartment in NY, shared his insight:

“I believe everyone has a right to go to college, man.” ~Malcom Abbott

I believe this guy doesn’t get it. 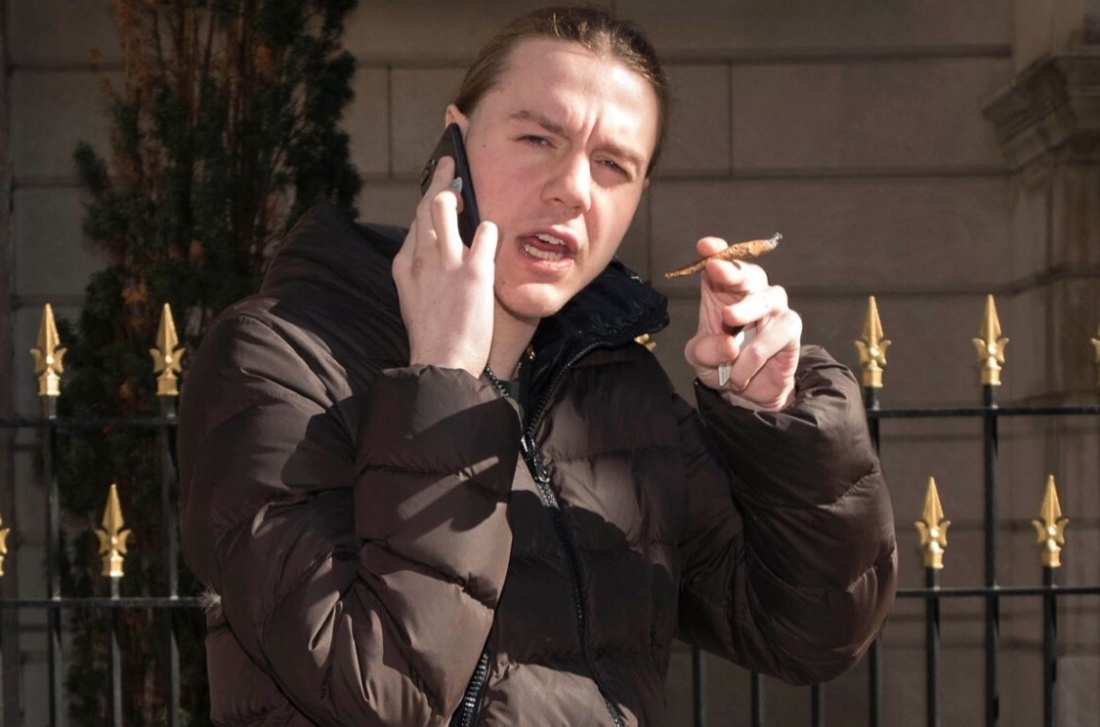 *I’m not hemp to the jive; I had to google search “blunt”: It’s a hollowed out cigar filled with marijuana… you’re welcome. You’re never too old to learn something new, man.

Ah… the entitled elite. The entitlement of their children should not come as a surprise.

What is one entitled to, really? This is one of those existential questions like— What is life? The answer could be anything. It has been said that life is a novel.

As with everything we all have different answers to every question. Everything is subjective.

A. For the super rich they might be life changing unfair advantages- like buying admissions to Ivy League schools, buying politicians to create legislation that will grow your riches, buying immunity from the law, having connections who will employ you in a job you don’t deserve.

B. For those among the working class they are benefits they paid into throughout their lifetimes, like Social Security and Medicare, affordable healthcare.

Wealth gap guy w/healthcare, Joe Walsh, doesn’t think healthcare is a right. The United States healthcare system ranks last on the list among developed nations for having accessible healthcare. We CAN afford to take care of our people, but the greedy super rich are not required to pay their fair share of taxes, as are the middle class, so there is no money for healthcare. That and the fact that too many people are making money off the backs of the sick.

I may be a terrible person for deriving joy from the misfortune of others, but the timing of this story of indictments came as I was weighing options for medical bills I have that I simply can not afford to pay. (No need for indigence, I’ll find a way.) Even with “excellent health insurance,” healthcare in America is unaffordable. These newly felonious people have just posted millions of dollars in bond, after paying tens of thousands of dollars to cut in the college admissions line, and I can’t afford my portion of a bill charged by an in network, outpatient, facility where my daughter’s tonsils were removed.

Anyway, how did the cheating commence?

Well, considering what just happened in New Zealand, of course this is a thoughtless post, and I’m sorry for it.

I think these problems are all somehow connected though. Divide and conquer goes back to Roman times.

My only defense in focusing on this today is my three college aged children. They are of the 99%— not rich. They have to work hard for everything they get. That’s fine if everyone is given the same opportunity to succeed.

There is nothing wrong with working hard, but there is something wrong if we’re working hard toward an unattainable goal, then we’re all just fools, aren’t we?

The rich and powerful are using their money to keep themselves rich and powerful and, in the process, stacking the deck against the rest of us, the 99%. They already have an unfair advantage. They have the money for private tutors, test prep courses, prep schools.

Rich kids miraculously getting into schools that should be beyond their, scope due to a lack of intellect and impetus, it’s not new.

I’ve been hearing first hand accounts from my own children. These kids cheat to get in, then they have to cheat to get through, then once they have their diplomas their family connections get them jobs they don’t deserve, eventually they’re on the Supreme Court, and they will never know what it is to have the weight of student loans bearing down on them.

The struggles of the middle class are nearly insurmountable when rich people cheat.

There are rules in life; it would help if we all followed them:

4 thoughts on “Cheaters Never Prosper… If They Get Caught”