I have a simple question, one I would ask my children in a situation where facts stated are proven wrong—

If this is innocent, why do you feel you have to lie?

There is a pattern:

Donald J (ackass) tRump is attempting to keep the pattern going. One of his first presidential orders was to remove the restrictions that had been put in place to prevent corporate giants and banks from repeating history.

Now he is pushing a tax plan that will increase the national deficit $1.5 trillion. His tax plan takes money meant for healthcare, for children, and the elderly, and gives it to people who already own the bulk of the economy. Thees are the same people who hide their money offshore in places like the Cayman Islands as to not pay taxes. This tax plan is blatant if you look at it. The numbers Orin Hatch and Paul Ryan give as examples are wrong, yet they spew indignation when Democrats point that out and state the truth. This is the rich pillaging the economy… again. 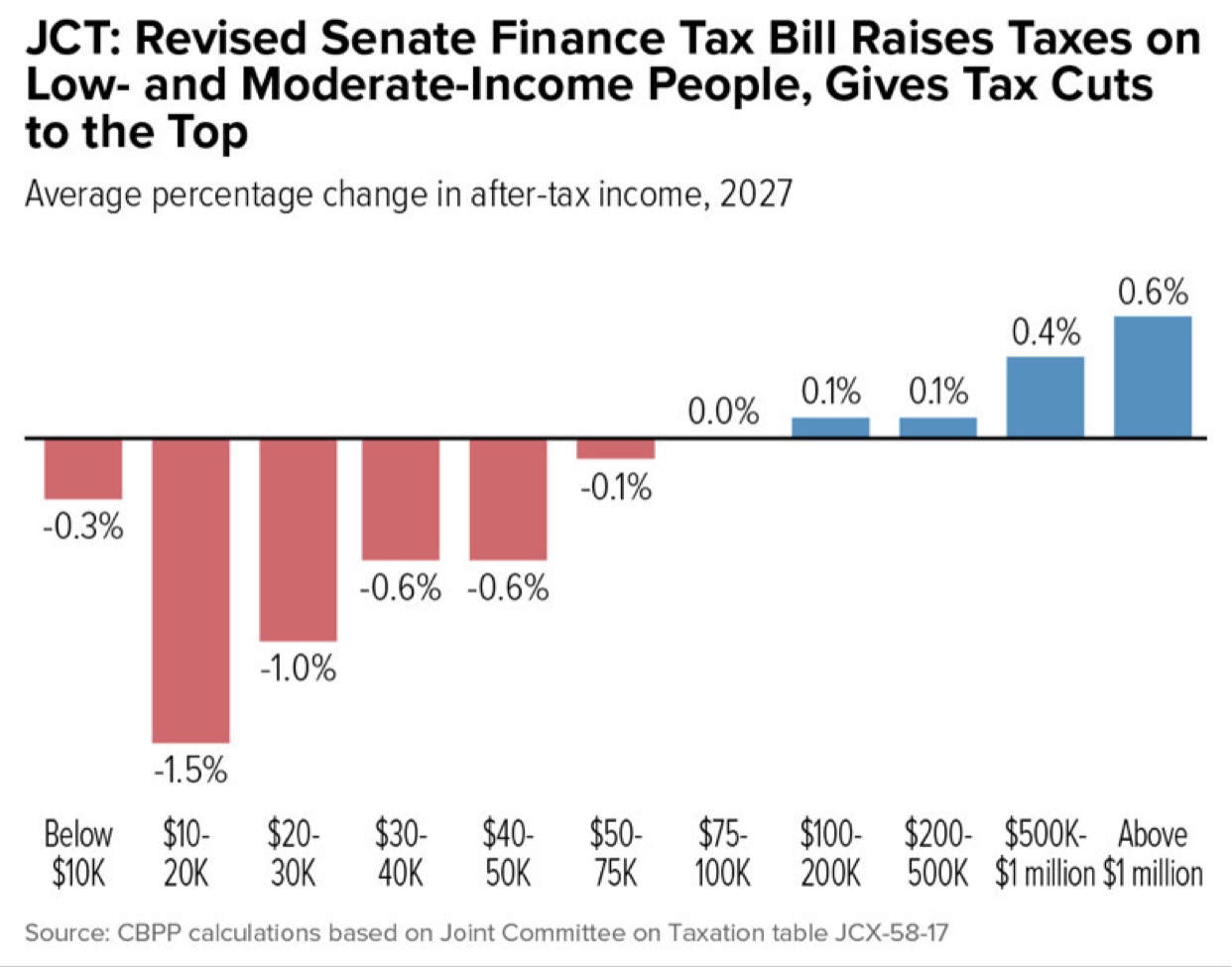 This bill might start with meager decrease in taxes for some, but over time increase for the middle-class from 12 percent to 25 percent. Additionally, any tax cut you may have gained will be spent on healthcare premium increases, and cuts in coverage.

Paul Ryan is using examples in his tax talk which imply the middle class are those who earn an annual income of $450,000.
According to ‘Business Insider,’ the media. Household income in the United States is $52,250.

According to the Associated Press, a non partisan assessment shows the GOP Tax plan will ultimately raise taxes on 50% of Americans.

I was raised knowing the GOP works for “the man” – the Mercer’s, Koch brothers, several Russian oligarchs, and the like, who have a vested interest in our healthcare system and banks- they own the GOP. How they manipulate so many to believe otherwise is astounding. Unless you are wealthy you are not benefitting from a republican leadership and you are doing us all a disservice by voting with the GOP. Open your history books! You are being manipulated by fear and racism. The GOP’s hands are in your pockets.

The Republican Party is currently defending a pedophile, whose predilection is such common knowledge he is banned from a mall in his home state of Alabama, because they need his vote for another tax cut for corporations and billionaires to start this cycle again.

They call themselves the party of “family values”…a family of grifters perhaps.