70 year old Donald Trump is forever young. His four year old mind responded to the senseless suicide bombing at the Ariana Grande concert in Manchester on Tuesday by name calling. Those responsible are “evil losers in life” who murdered “so many young, beautiful, innocent people living and enjoying their lives.” Trump said he would not call those responsible “monsters, because “they would like that term. They would think that’s a great name.”

“I will call them, from now on, losers, because that’s what they are,” Trump said. “They’re losers, and we’ll have more of them, but they’re losers. Just remember that.”

You may want to write that down to help you remember…it might be on the test. Let’s review: “They’re losers.”

This is the complex thought process of the leader of the free world. What name can I call them? He puts more thought into selecting an insult than into healthcare for Americans.

In Israel Trump said, “Our Secretary of State has done a great job. We just got back from the Middle East, Saudi Arabia, and we were treated incredibly well.”

He must have traveled in his imaginary airplane. Somebody tell the jackass Israel is part of the Middle East. 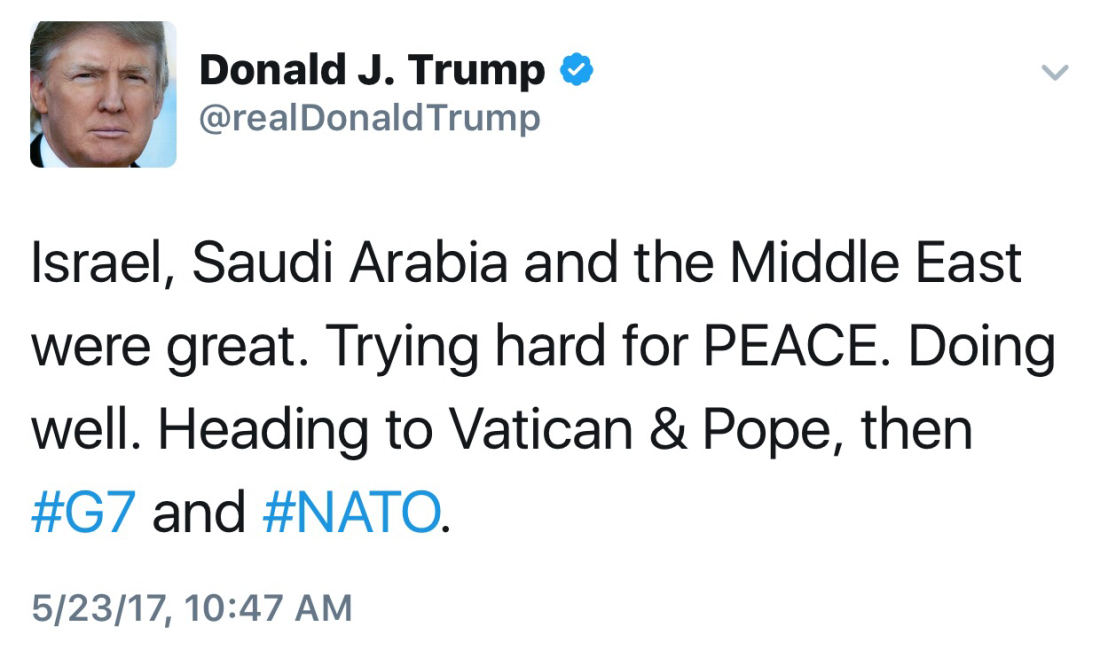 There was no mention of chocolate cake on this visit to the Middle East. Perhaps they have cake in Israel.

While in the Middle East, Son in law Kushner (the guy we elected…never) negotiated a $109 billion arms deal with the Saudis. Secretary of State Rex Tillerson said that was just one component of $350 billion in economic and defense investments between the two countries over the next 10 years.

This is a yuge improvement over Obama’s relationship with the Saudis which had been strained over Saudi bombings of hundreds of Yemeni civilians. We won’t call them losers though…because they have money and oil, and we want some.

Trump and his team have made it clear that human rights violations will not affect deals with other countries.

As a show of gratitude, the Saudis donated $100 million to Kushner’s wife Ivanka Trump’s brand new “women’s charity”… because the Trumps care about women’s issues as much as they care about human rights.

If only women were human…life would be great in the Middle East and in Israel. Perhaps Ivanka’s new women’s charity will provide botox and breast implants for poor flat chested losers with frown lines. 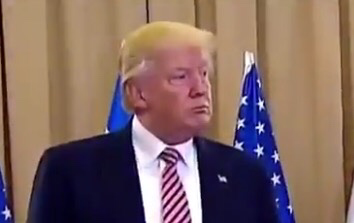 *Photo of an actual loser taken either in the Middle East or in Israel.