In my last post, I expressed, among other things, confusion at the conflicting information in the news. On April 8, nearly every news organization optimistically reported a level of success over COVID-19. The implication was clear, the end of stay-at-home orders might be announced soon, because we have “flattened the curve,” and the projected 200,000 deaths were “overestimated.”

Fact: John Hopkins University says the US has become the first country to record more than 2,000 coronavirus deaths in a single day, reporting 2,108 fatalities in the past 24 hours.

On April 9 news organizations went back to reporting rising death tolls, current hot spots, and our continuing failure to test sick people. A quintessential display of the ineptitude of this administration: the richest country in the world many hospital workers are still wearing trash bags because there are no basic supplies. With no tests, no gowns, no masks, no gloves, no face shields… healthcare workers are dying. Read the account of a New York doctor:

Why does our media continue to report the words of a delusional old man, a psychopath, who should be sitting on a prison bench talking to pidgins rather than having nightly press conferences? Are reporters afraid of Trump? The truth is more readily available from the foreign press; that would be the answer. Who would have thought the US would come to this point? They give him a platform, the result of which is more people engaging in risky behavior. A link below to a story about many “defiant” churches planning to hold their regular Easter services tomorrow, because— WWJD? This 👇🏼. 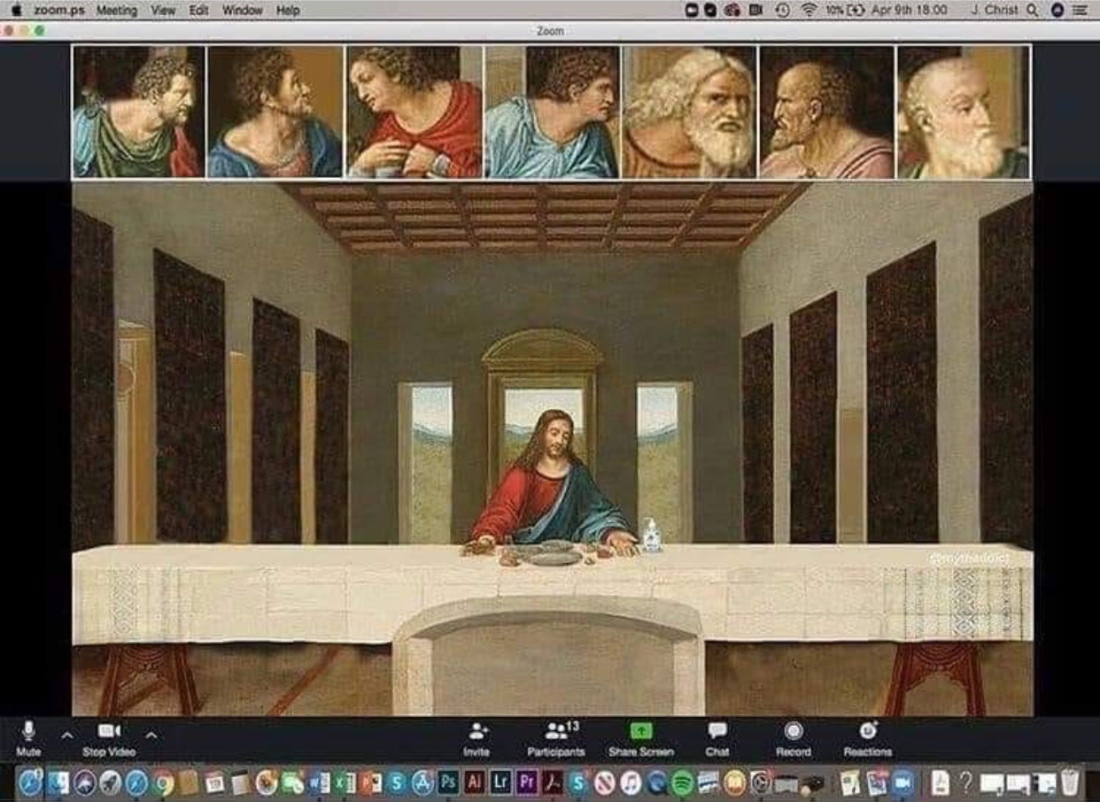 Trump wants to relax restrictions enough to restore the economy, regardless of the consequences. Fortunately for some of us, it is the state’s governors who control stay-at-home orders, and few are willing to do so.

“Lifting restrictions too quickly could lead to a deadly resurgence. The way down could be as deadly as the way up if not managed properly, ” ~Tedros Adhanom, World Health Organization

“The World Health Organization, a specialized agency of the United Nations responsible for international public health, warns of the dangers of ending lockdowns too soon.”

Lockdowns won’t last forever, but they should continue until a vaccine is available, and administered to a majority of the population. That won’t happen for another 12-18 months.

Epidemiologists warn of a second wave:

“The next peak, which could be several months from now, could be several times larger than what they just went through. And you have to prepare for that now. No time for happy talk, you go from one battlefield to the next, ” ~Michael Osterholm, director of the Center for Infectious Disease Research and Prevention at the University of Minnesota.

Donny-baby-fingers won’t own up to his part in the spread of this virus:

“I don’t take any responsibility at all.” ~DT

We know the government was informed in January— the surge of insider trading that took place among members of Congress is proof. Trump’s 70-day delay in acknowledging the pandemic, has given the US first prize in infection and death, numbers that are underestimated due to restricted testing, by design.

Trump wants this to go away. He wants to continue his nightly televised free campaign rallies, thinly disguised as briefings. He wants reporters to stop asking him about the virus. He wants them to report that the stock market is up and unemployment down.

If the US continues it’s an upward trajectory, with more deaths than other nations, some of the blame has to go to the lack of leadership– tell someone who cares. He only wants to be re-elected. Trump is devoid of empathy. This is more than a lack of leadership though, it took years of effort to dismantle every safety net that was in place to protect us from pandemics, economic collapse, a failed educational system.

Is Trump really going to get another opportunity to drop the ball?

The threat of a second wave of illness with more victims than this first outbreak is real, but as long as it doesn’t happen until after the election, he doesn’t care, and he won’t ”take responsibility at all.”

There were three waves of the Spanish flu.

The only truth is that a return to normal life should resume only after we have a vaccine, and the American press needs to stop reporting lies that will kill people.

5 thoughts on “It’s Not Over, Calm Down”