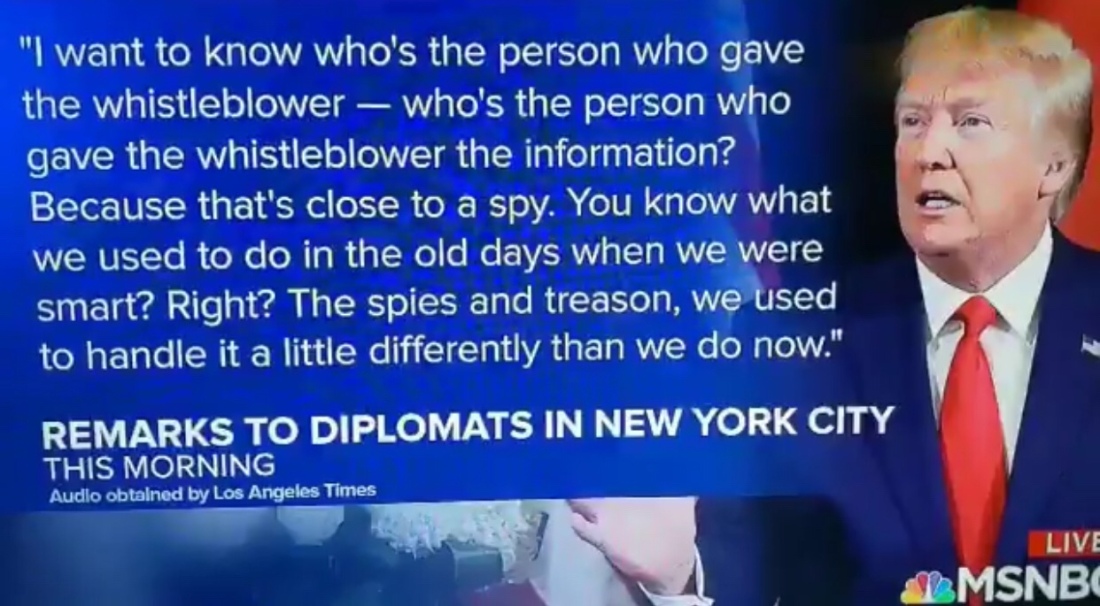 Who threatens to execute accusers? 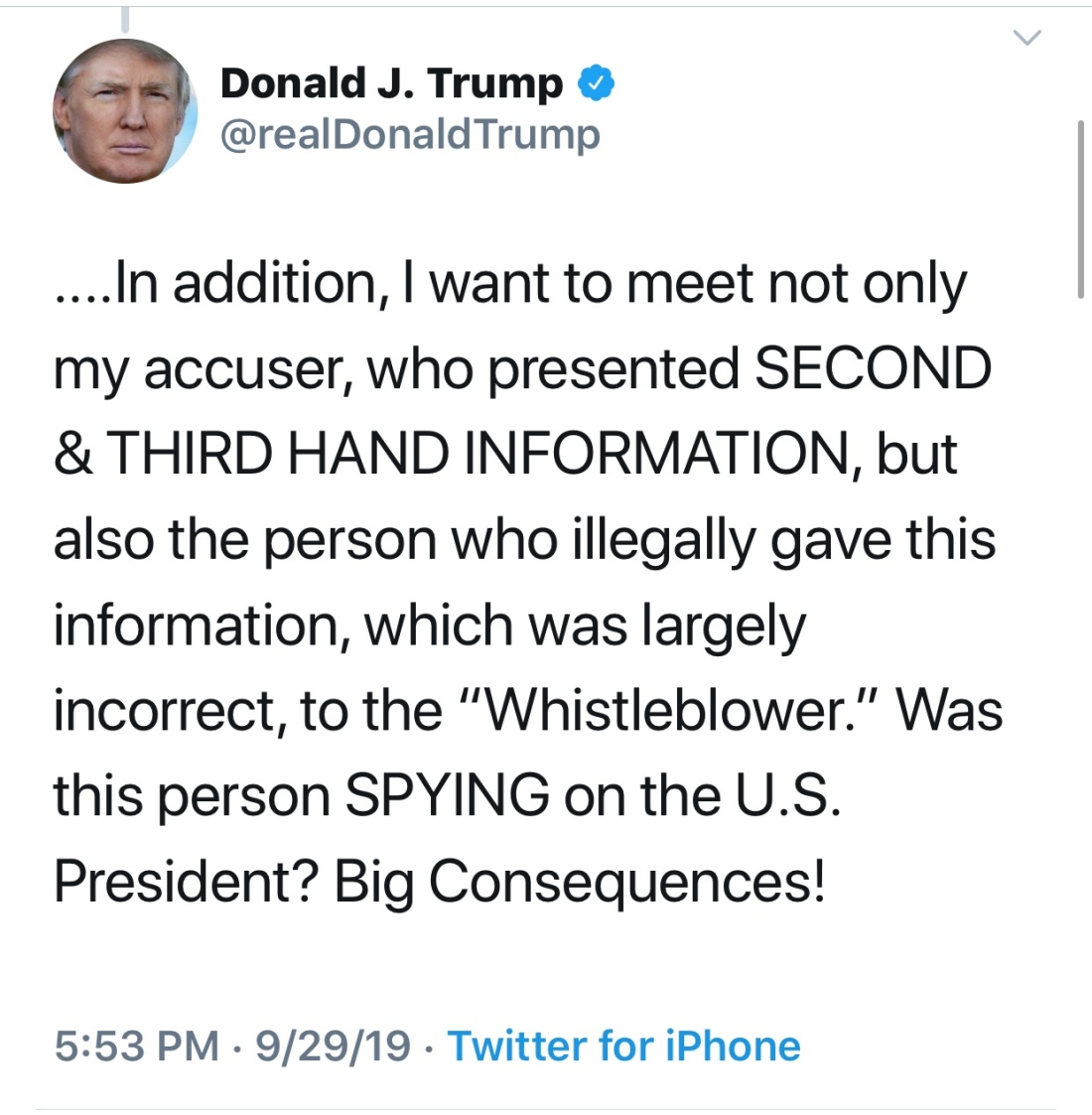 Who promises a collapse of the world economy should a turn of events prove personally detrimental? 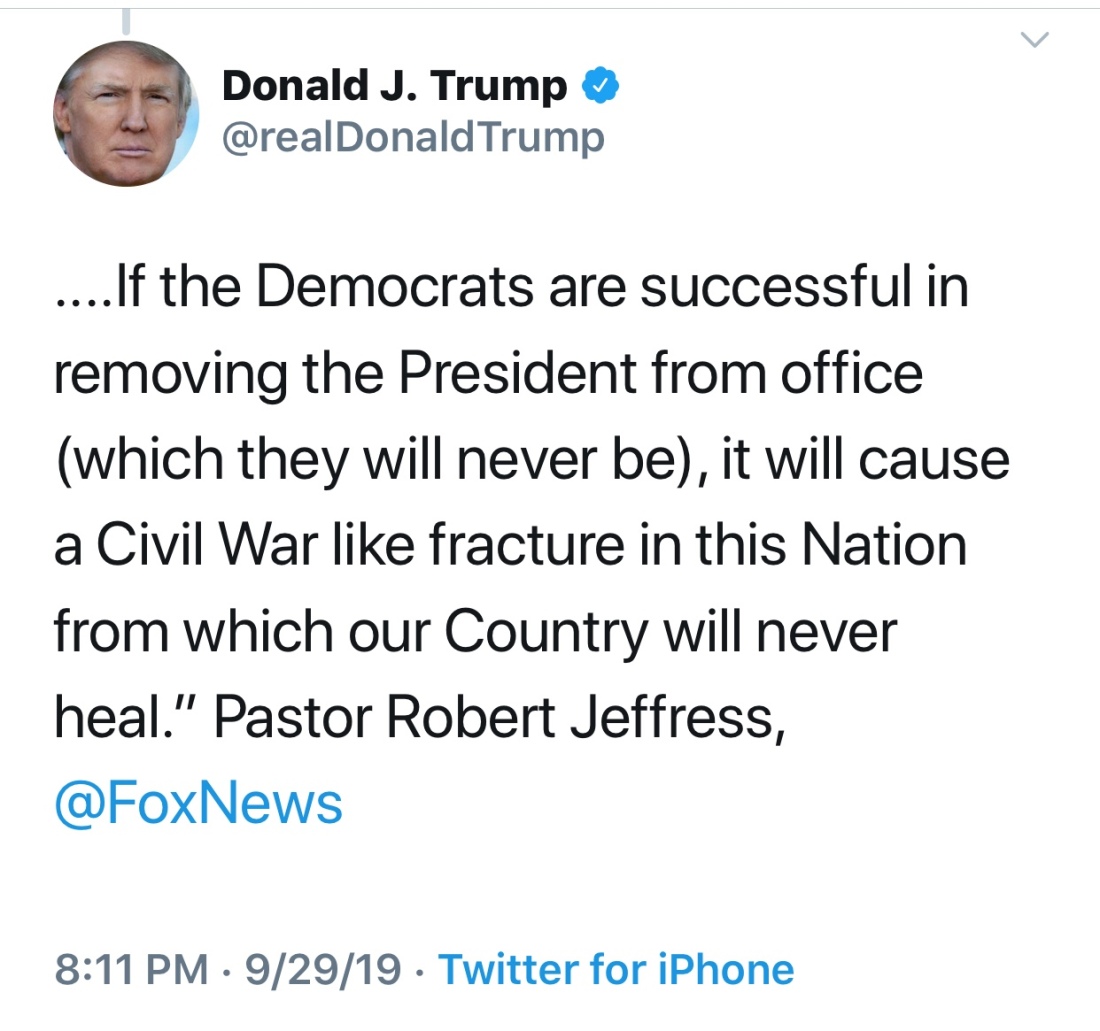 Who is a five-time draft dodger wants to risk your children in a war to protect the regime behind 9/11?

Who attempts to invoke fear,

“A horrible mess,” Christians are being executed.”

claiming that without him, US citizens would be living in chaos?

“The border is filled with bad people with bad intentions. They’re flooding our airports.”

Who has shined a beacon on the hypocrisy of organized religion, and made it clear they should not be tax-exempt? 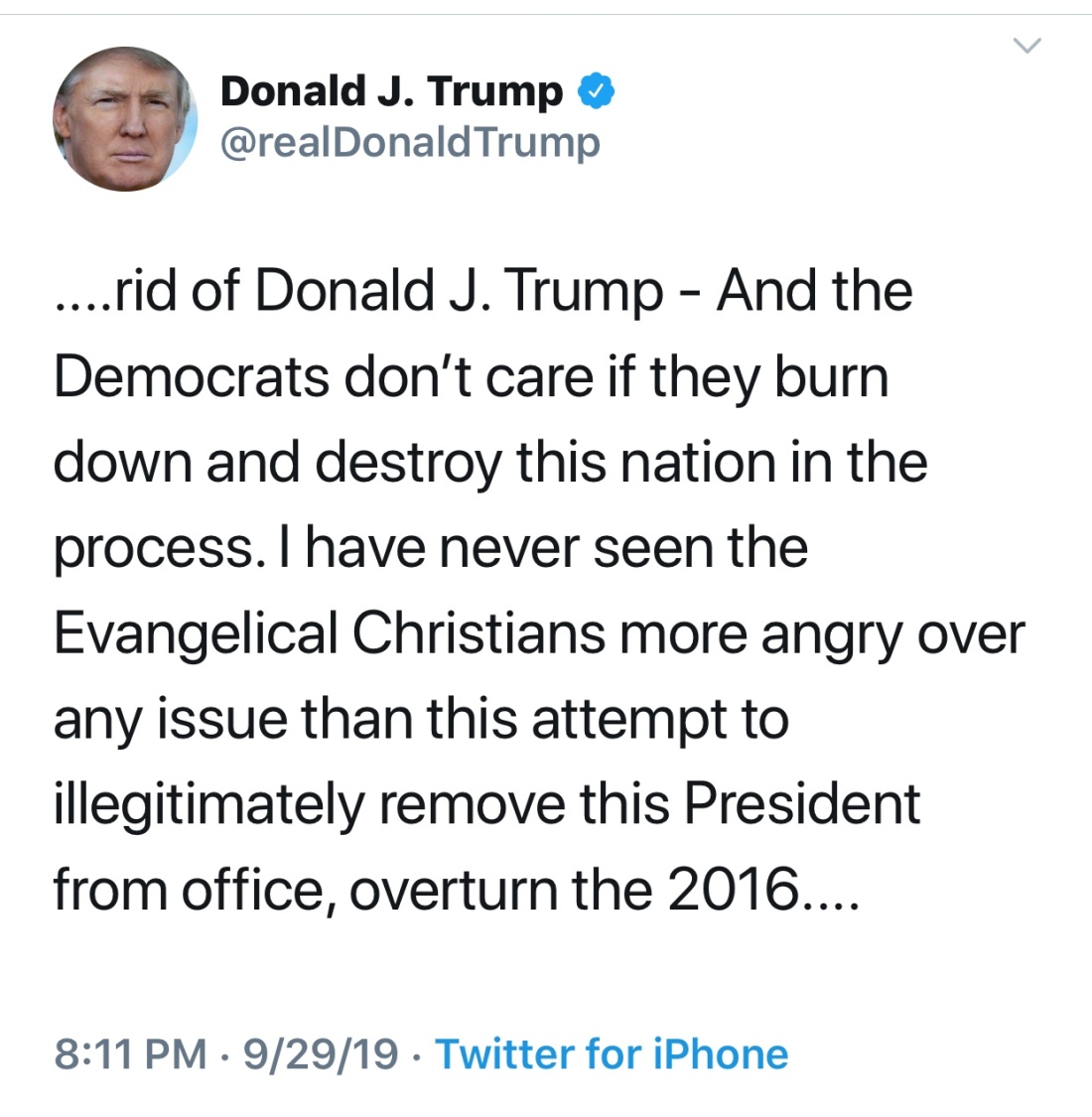 Who wants to meet accusers, but not these women?

The man occupying the White House is guilty of all of the above.

Just last week this POTUS unabashedly confessed to the crimes that sparked the flame of his own impeachment. He turned over the transcript of a conversation that matched the accusation.

His Department of National Intelligence confirmed the phone call was made, and his White House confirmed that the file was hidden.

His attorney, Rudy Giuliani confessed to being in Ukraine, and every other accusation.

Now he denies it all.

His crimes are in violation of:

Whoever incites, sets on foot, assists, or engages in any rebellion or insurrection against the authority of the United States or the laws thereof, or gives aid or comfort thereto, shall be fined under this title or imprisoned not more than ten years, or both;  and shall be incapable of holding any office under the United States.

With new threats against a whistleblower we may add to his offenses a new case of witness tampering:

He is not above the law.

3 thoughts on “Who is the Biggest Threat to Our Democracy?”