Former acting Attorney General, Matthew Whitaker, has been asked to return to the Judiciary Committee to “clarify” his February 8 testimony, because they suspect he committed perjury.

Perjury is a felony. A person convicted of perjury under federal law may face up to five years in prison and fines. 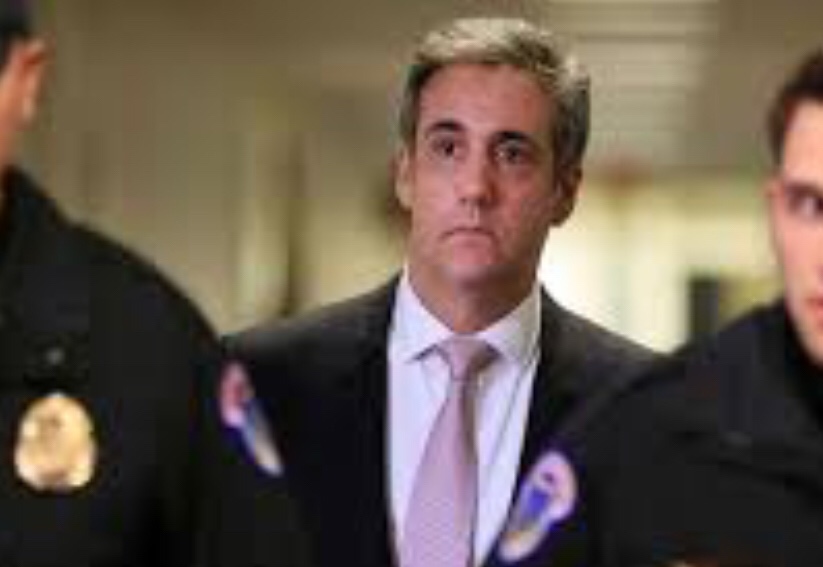 On the eve of Michael Cohen’s testimony before Congress, Matt Gaetz tweets the following: 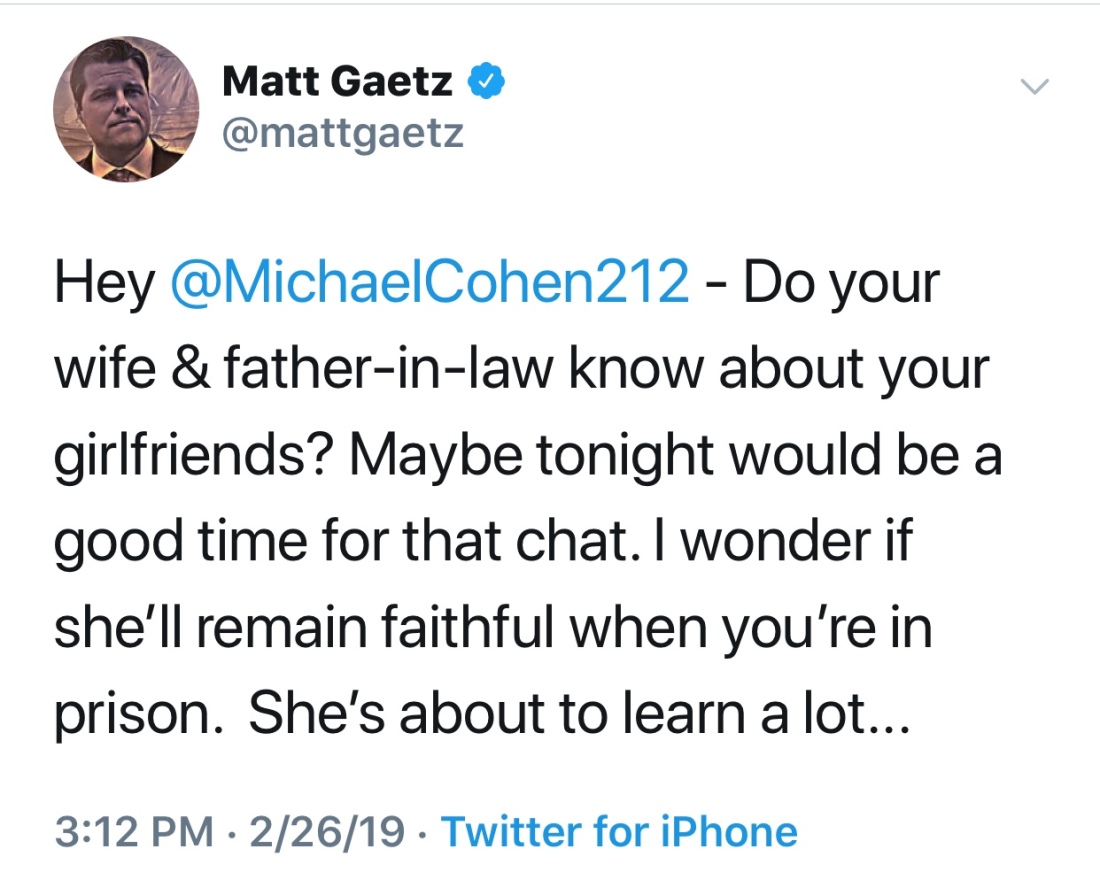 This tweet is a threat attempting intimidation directed at Michael Cohen, a witness.

Witness tampering is a felony:

“Whoever knowingly uses intimidation, threatens, or corruptly persuades another person…with intent to…influence, delay, or prevent the testimony of any person in an official proceeding” commits a felony. The punishment for the offense of witness tampering is up to 20 years.

Q: What kind of an idiot, besides Donald Trump, commits this kind of a crime on Twitter?

He is now under investigation for witness tampering

Speaker of the Nancy Pelosi’s response:

Lets disbar all of the above Matts. Call the Florida Bar at 1-866-352-0707 to request Matt Gaetz lose his license for his violation of 18 U.S.C. § 1512. His Bar Number is 48962. He should be charged with a felony for witness tampering but could also face disbarment. Call the Florida Bar and file a complaint.