”It’s true that the president’s job approval rating has been unusually stable when compared with other presidents.” ~Nate Cohn, NYT

God help us. Despite everything, (do I need to make a list?), our Stable POTUS still has an approval rating. Propaganda works, and our current government is a testament to that fact.

If you think you can avoid propaganda by reading and watching mainstream news exclusively, you are mistaken. You are still receiving a watered-down report of events, written by journalists who are afraid of losing their White House access, writing what they are told rather than truth. Perhaps they are sympathetic.

Mainstream media is hesitant to call out the sniffling, snorting, the nazi elephant in the room.

One of many examples can be found in the New York Times story published on August 6. The left was the first edition. There was so much backlash against the phraseology (bullshit, ) of the title: ”Trump Urges Unity” that they changed the story title by the second edition, seen on the right: ”Assailing Hate, But Not Guns.”

45 is the most divisive man who ever took up residence in the White House. People believe what they are told.

☝️Above are trailers for three must-see films that attempt to explain the views of so many seemingly normal people. We are under attack.

If you and I do a google search on the same political subject, odds are we won’t get the same results.

As Robert Mueller stated at the end of his inquiry for the House Judicial and Oversight Committees, when asked by Congressman Hurd:

”Did you think this was a single attempt by Russia a to get involved in our election, or did you find evidence to suggest they’ll try to do this again.”

”It wasn’t a single attempt to do this; they’re doing it as we sit here, and they expect to do it during the next campaign.”

I see propaganda in my news feed. I see fake accounts spreading disinformation on twitter; my son tells me he never gets news describing events we discuss. The general public is bombarded with propaganda daily.

You have seen by now, our racist leader took advantage of the injured victims of the latest mass shooting, using them as props for photo ops in Texas and Ohio. He visited hospitals for footage that will undoubtedly be used in his campaign ads.

He tweeted pictures that he thinks show he cares. 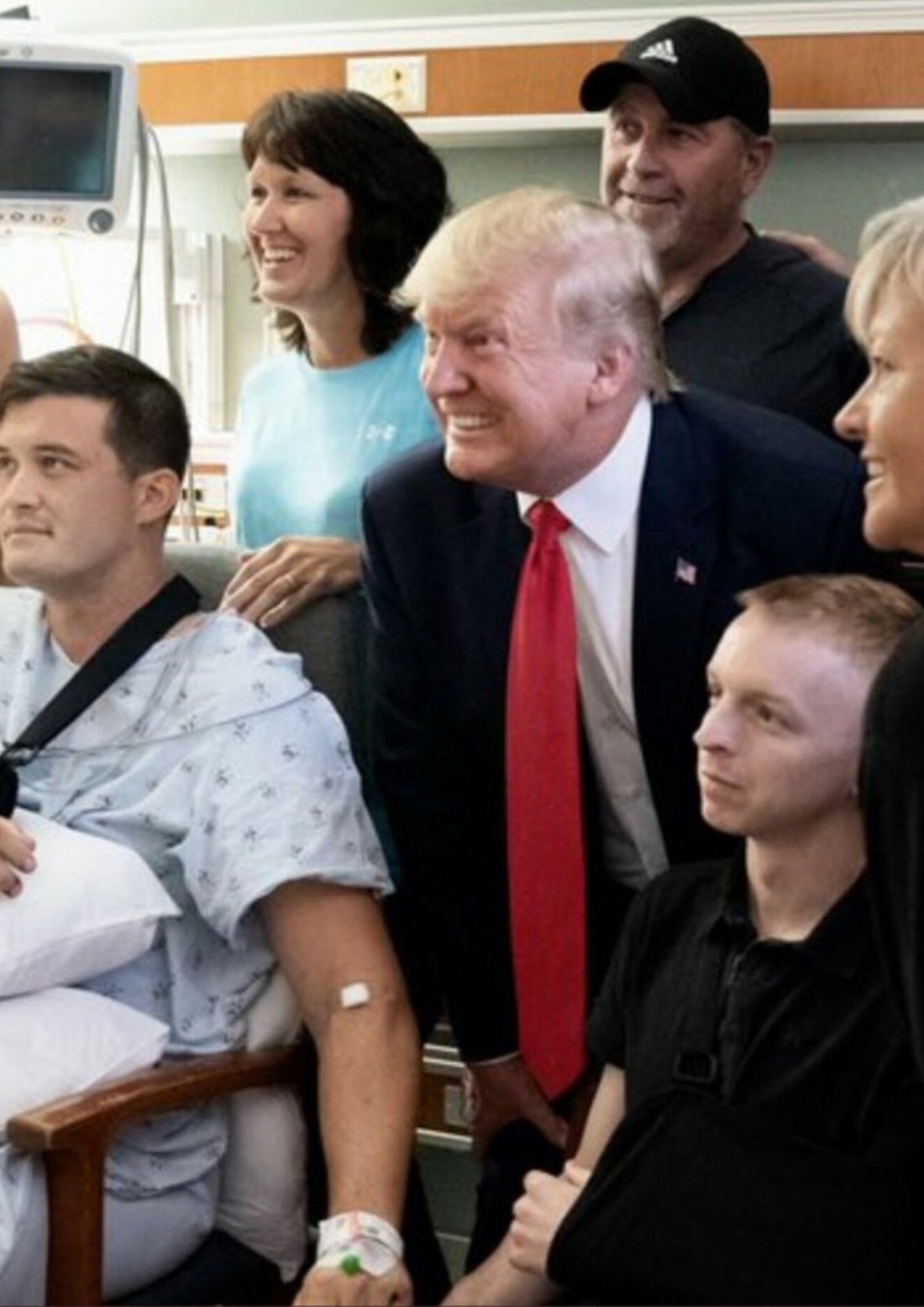 The patient doesn’t look happy about the visit. He’s holding the hand of someone offering empathy and support, despite the fiend lurking over their shoulders.

You may ask yourself why the hospital staff surrounding the hate monger are gushing like teenagers at a Justin Bieber concert. How could they be so unprofessional in what should be a somber moment. 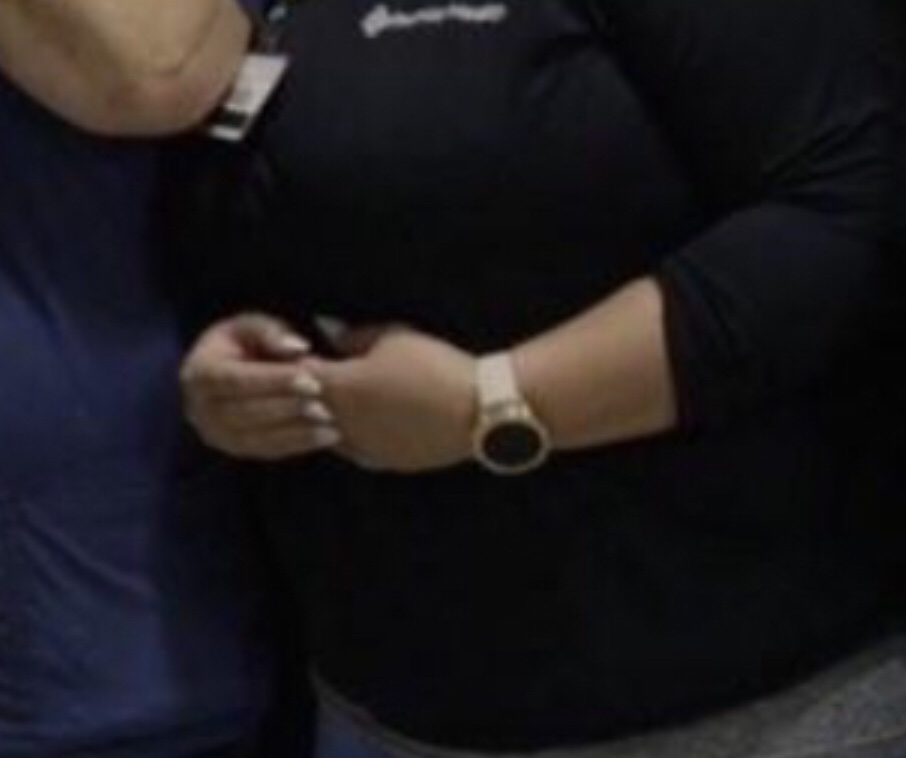 Why does a nurse have long acrylic nails? Why don’t their uniforms match?

45 staged his hospital visits. They were photo-op for a narcissistic psychopath. 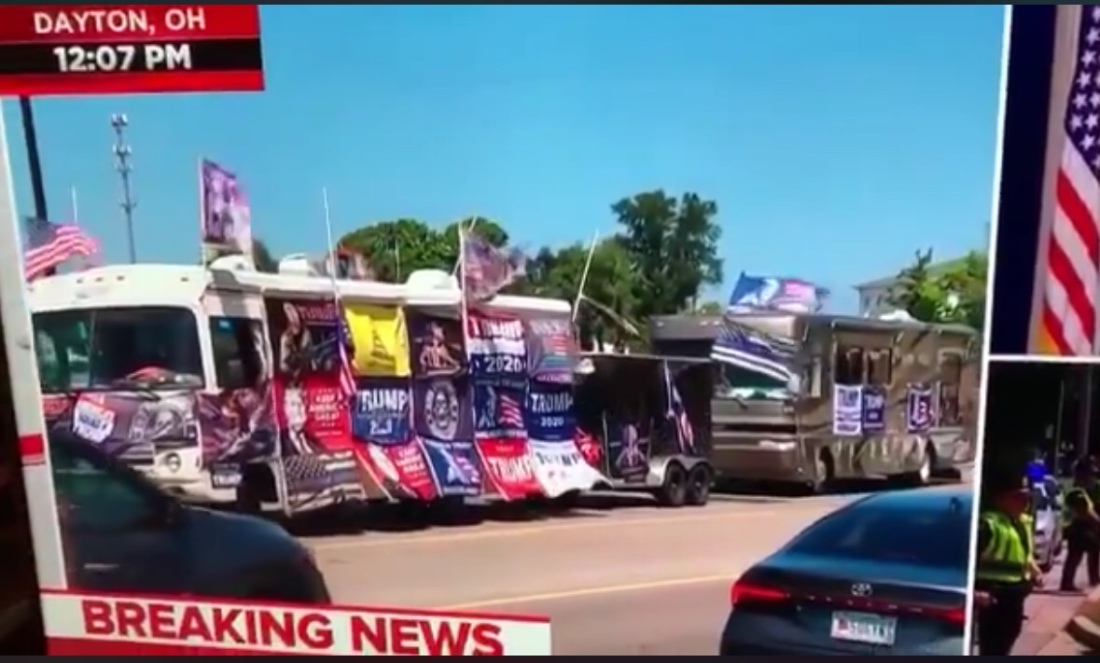 Meanwhile, ☝️ this was rolling down the street outside, and this was happening in Mississippi.👇🏼

I was recently reminded that the number 88 is symbolic among the neo-nazi faction. H is the 8th number of the alphabet. 8/8 means H/H (Heil Hitler). Why do I mention this? On August 4, the day after the mass shooting that resulted in the death of 31 victims in the border city of El Paso, with an 80-90% Hispanic population, Trump ordered flags hung at half-mast until 8/8. Random?

While we are speaking of El Paso, I’d like to mention that Shitler never paid the city of El Paso for his rally. He owes them $500,000. He’s never paid for any of his rallies, and he still owes money for his inauguration.

My point today is that this fight isn’t over, despite the building public rage against Mitch McConnell and regardless of everything encompassing 45. It might be worthwhile to occasionally forward real news to friends who aren’t getting it.

7 thoughts on “It’s all Propoganda”