Whatever your religious beliefs or affiliations, you must wonder how Evangelical leaders have made their political opinions so public, considering the restrictions in place prohibiting them from evangelizing— politically.

Church pastors and leaders of all religious organizations have the same first amendment right to speak freely that we all possess, but when they enjoy tax-free status, they forfeit the freedom of promoting a political party or politician. 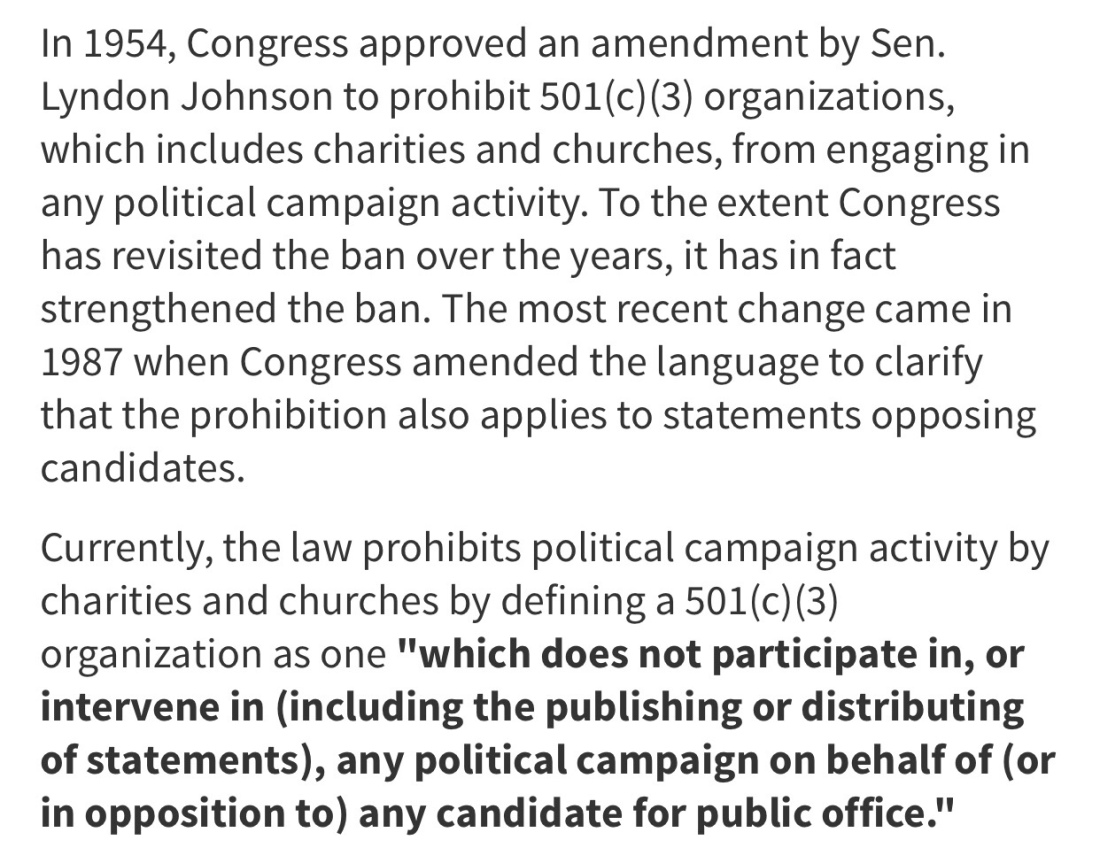 I think I’ll pen a strongly worded letter the IRS, and inform them of the abuses, committed by the Evangelical Church, in particular. I’ll go straight to the top, the Treasury Department should know about this.

You’re welcome. I’m happy to do my civic duty—

Except, the Secretary of the US Department of the Treasury is Steve Mnuchin.

Yes, the same Steve Mnuchin who is defying subpoenas demanding he releases Trump’s taxes to Congress.

The marriage of politics to religion begets corruption.

“Religion is regarded by the common people as true, by the wise as false, and by rulers as useful.” ~Seneca

It is past time to end the tax-exempt status for religious organizations.

3 thoughts on “Evangelicals and Tax Exemption”