Lafayette Park (umm-Lafayette?) in DC was the location today for tens of Trump supporters “Pittsburgh, not Paris” march. Their purpose— to show support for Trump’s anti earth policies. 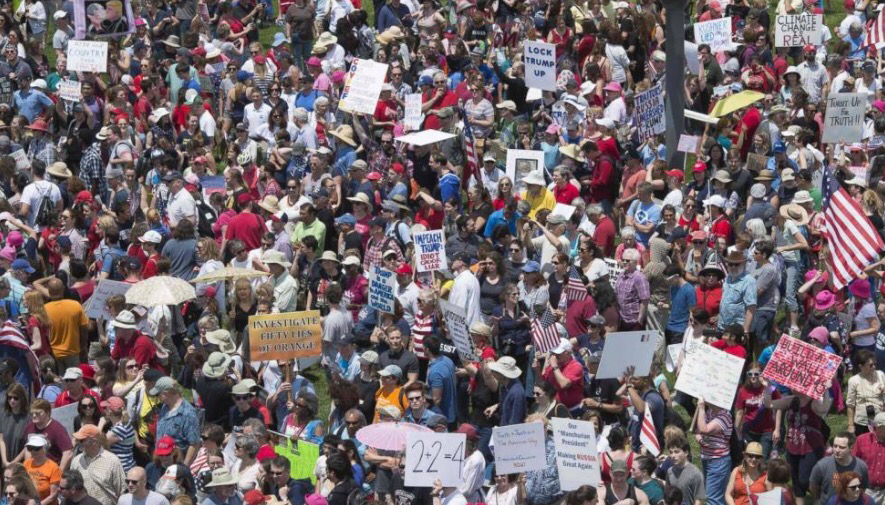 Meanwhile, the anti-Trump faction held “March for Truth” rallies in more than 135 cities including D.C., New York, Portland, and London. Their purpose— calling for an independent commission to investigate White House ties to Russia and demanding that Congress force President Trump to release his tax returns.

Let us not focus on crowd size again.