By withdrawing from the Paris Climate Accord today, Donald Trump confirmed what the world already knew: he is a man without ethics. The country most responsible for global warming is led by a man who either doesn’t understand climate change, or doesn’t care.

Donald Trump is motivated by money, and he wants it all for big corporations and billionaires like himself. By eliminating environmental protection regulations these people who already hold the largest portion of the world’s wealth can make more money faster.

The lack moral principals with which Donald Trump conducts himself and his disregard for what should be required conduct for a human with the power he holds, and the wrongness of his actions, makes it clear that he can not remain in office without causing irreparable harm. 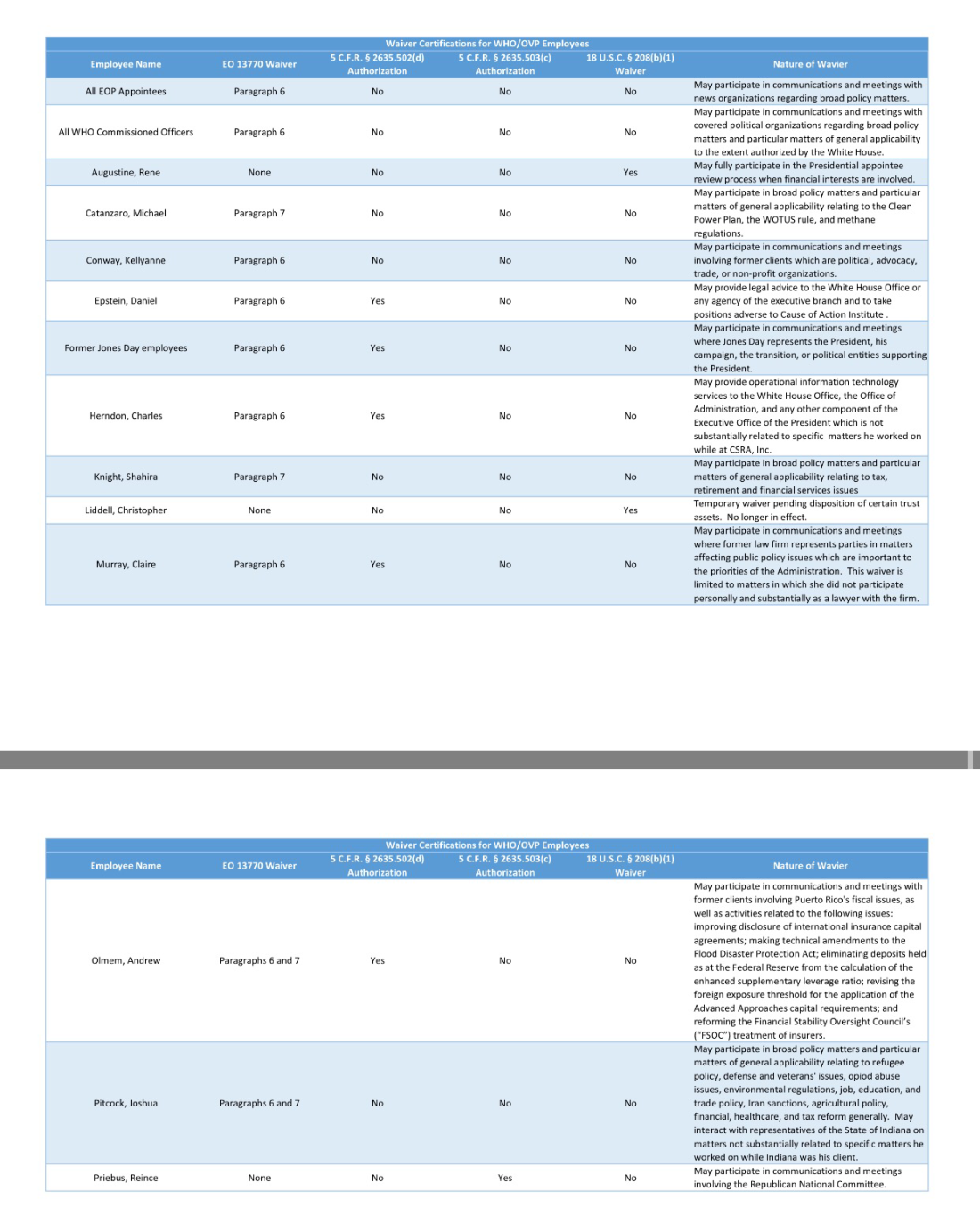 Driving home the point that Trump is averse to ethical behavior, just before the June 1 deadline, Trump issued Ethics Wavers for 17 staff members. Reince Priebus may participate in meetings and communications involving the Republican National Committee, Kellyanne Conway’s waiver allows her to contact and interact with clients of her political polling company, and a blanket waiver was given to all executive office appointees so they might interact with news organizations — this is a gift for chief strategist Steve Bannon, who now has permission to communicate with Breitbart News.

2 thoughts on “No Ethics Required for Donald Trump ”