In order to achieve great wealth, apparently one must possess a certain level of self confidence (narcissism), add that to histrionics and you have two reality television “stars”: Mark Cuban and Donald Trump.

Cuban, who owns the Dallas Mavericks, is a host of the television show “Shark Tank” and he’s taken a shot at “Dancing With the Stars”. To be perfectly honest I don’t know what else he’s done because I just don’t care enough to check.

Trump of course is a real estate developer with a penchant for filing bankruptcy (6 times), and not paying people, has “The Apprentice”, and is now featured nightly on CNN’s “What Could He Possibly have Done Now”. (That last one was embellished.)

Both billionaires have said they know the other well, although neither seems happy in the relationship. There is more than a little animosity between them.

Tweets are typically their weapon of choice, and they most often aim insults below the belt— at the other’s intelligence.

Cuban most recently gave his thoughts on Trump’s level of culpability with regards to Russian interference in the election that won him his crown:

“Trump had no idea this was happening. He was doing what he was told to do. Stick to the script and read what was written for him” and “Because he didn’t recognize or understand as it was happening he has no idea what to do now or how to respond. So he turns to Fox News”

This jab may be an act of kindness in disguise. Trump might not end up working on a chain gang if he’s found not to be the “mastermind” of this treasonous activity. I am in accordance with Cuban here as I would never in my wildest dream call Trump a mastermind of anything beyond his hairstyle.

Trump and Cuban did at one time have an amiable co-existence. After Trump announced his candidacy in 2015, Cuban said that was “probably the best thing to happen to politics in a long, long time.” 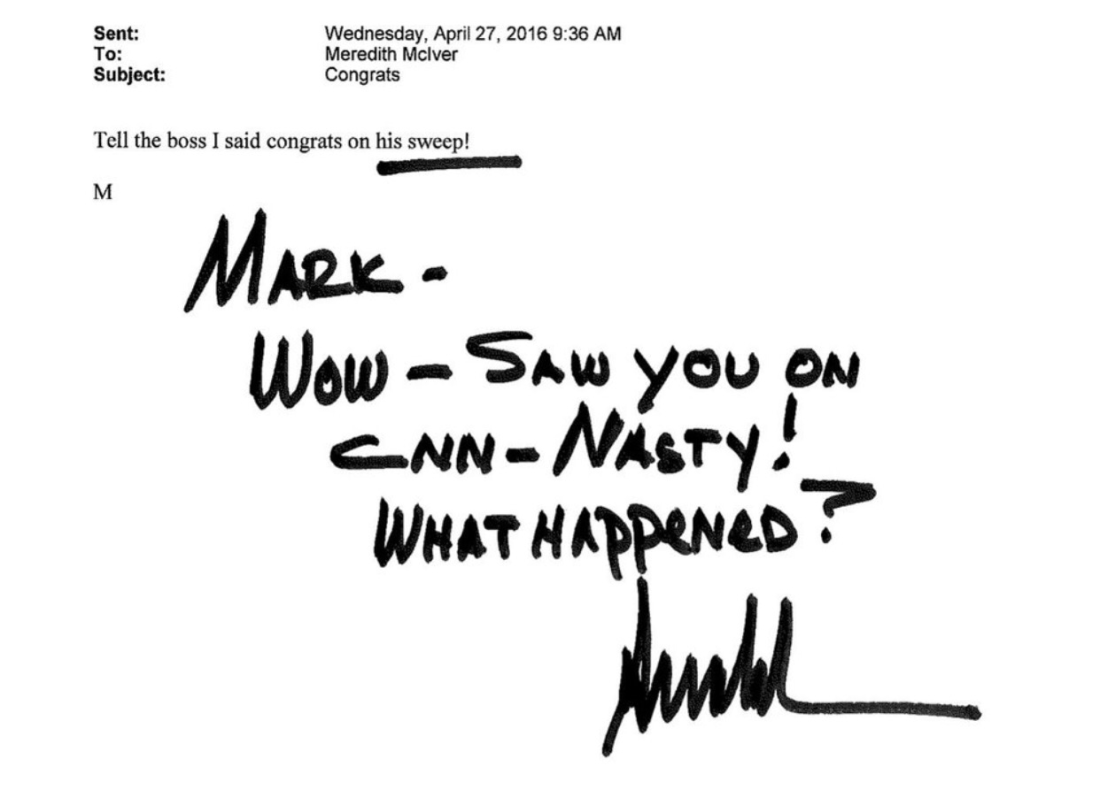 Cuban on Trump: “What I didn’t realize he was missing at the time was a complete and utter lack of preparation, knowledge, and common sense.”

Trump has called Cuban “Dopey.” (Takes one to know one.)

Cuban on Trump: “Is there any bigger jagoff in the world than Donald Trump?”

Cuban on Trump: “He cares about two things, how people perceive him and how much cash he has in the bank.”

Mark Cuban has been asked several times if he’s open to running for president in the future. His response last year on “Meet the Press”
“Well, it’s certainly more of a consideration than it was,”

________(insert your choice of interjections), when ego’s collide. If we survive this reality TV show president will we really have to endure another one?