Tulsi Gabbard is the Republican’s Democratic nominee for president of the United States. If it walks like a duck, etc, it’s a Republican.

Gabbard has represented Hawaii in Congress since 2012 and recently announced that she will not seek reelection because she plans to focus on her presidential run. That is some commitment considering she often vies for the last place in the polls. Her financial backing is high which is also suspect considering her low polling. Something isn’t right.

Her too practiced voice, an octave too low, robotic in modulation, her face in a frozen smirk that sometimes slips into a sneer when she attacks her own party or it’s members, her petrified Cruella Deville inspired hair, and finally her white suit, meant to symbolize purity and holiness, perhaps, but she’s marketing herself as a suffragette of the 19th century, a woman fighting for equality and the right to vote. She constantly invokes her experience serving as a major in the Hawaii Army National Guard, having served two tours in Iraq.

Thank you for your service.

Since her 2017 meeting with Syrian President Bashar Al-Assad, Gabbard has been called an “Assad apologist.”

Gabbard met with Assad, alarming many because there is no evidence that she was given the authority to do so. It is a violation of the Logan Act for unauthorized individuals to confer with foreign governments involved in disputes with the US.

Assad has murdered 500,000 of his own people in 50 chemical attacks. There is also evidence that he was behind the murder of U.S. journalist Marie Colvin. Gabbard says that everyone she met liked him. All the haters must be dead.

In addition to her relationship with Assad, Gabbard has been a favorite in state-run Moscow media propaganda, including Sputnik News, radio outlets, and a blog called “Russia Insider.” Her positions on Russia suggest she is a pawn for Moscow. She repeats Putin/GOP talking points, such as the AG Barr lie that the Mueller report found nothing illegal, and she urges us to let it go and move on. In the recent House vote to impeach tRump, she voted “present,” rather than “yes, ” (for impeachment,) and now admits she is against impeachment.

In any case, it is irrefutable that Russian media approves of Gabbard.

She has the support of White Supremacist and former Grand Wizard of the Ku Klux Klan David Duke.

Although Gabbard isn’t getting much air-time during the primary debates, she stands out among other candidates because uses her time to attack her own party.

Despite her denials, it is widely believed that she is grooming herself to run as a third-party spoiler in 2020. Of this, Hillary Clinton recently warned us- that’s a familiar phrase, she warned us about tRump too.

“They’re also going to do third party. I’m not making any predictions, but I think they’ve got their eye on somebody who’s currently in the Democratic primary and are grooming her to be the third-party candidate. She’s the favorite of the Russians, they have a bunch of sites and bots and other ways of supporting her so far, and that’s assuming Jill Stein will give it up, which she might not because she’s also a Russian asset. Yeah, she’s a Russian asset, I mean totally. They know they can’t win without a third-party candidate.” ~Hillary Clinton 10/17/2019

Hillary Clinton shined a light on Gabbard that will make it more difficult for her to transition to an independent candidate without raising alarms.

Her response continues for several more tweets, but it’s more of the same.

Someone joked on twitter that Gabbard is the Ralph Nader of Jill Steins. I laughed and agreed until I thought about it. 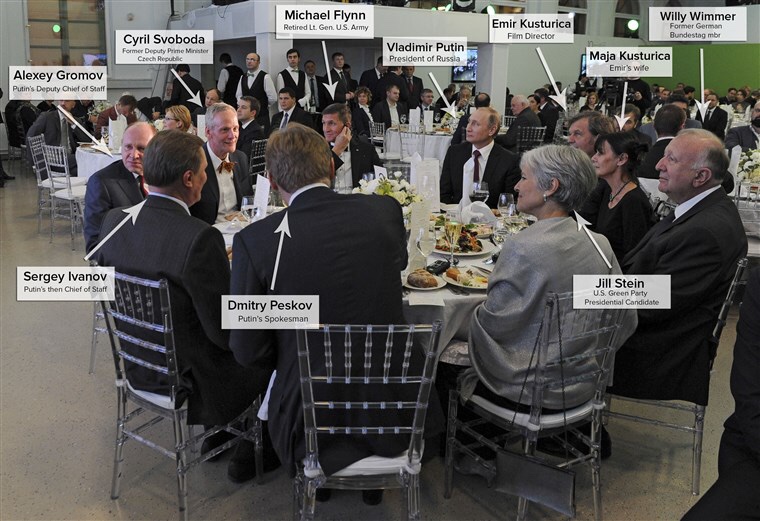 And like Stein in 2016, but more so, Ralph Nader was the 2000 presidential election’s spoiler, taking 97,000 liberal Florida votes that would have easily covered Al Gores shortage of less than 300, giving him Florida’s electoral votes and the presidency.

But, can we put Ralph Nader in the same category as Gabbard and Stein? No.

What sets Nader apart from Gabbard and Stein is his life’s work. Nader’s advocacy has led to legislation including the Clean Water Act, the Freedom of Information Act, the Consumer Product Safety Act, the Foreign Corrupt Practices Act, the Whistleblower Protection Act, and the National Traffic and Motor Vehicle Safety Act- which includes seatbelts, airbags, and headrests. Nader is a progressive, like our current group who want to remove corporations and big money from politics. Although he knew he couldn’t win the election, he ran for the publicity it gave his consumer protection causes.

Hindsight is 20/20, and today we can clearly see that Nader was the spoiler in 2000, responsible in large part for a horrible turn in history that might have been avoided, but Nader was not a Russian asset. He had good intentions that went wrong.

Who else wonders what the world would be today if the Bush machine hadn’t been able to steal the election.

A 2006 documentary, “The Unreasonable Man,” (title is taken from the quote above,) chronicles Nader’s 30 years of activism, culminating with his disavowal of the two-party system and our electoral method of electing presidents. Nader has been shunned since 2000, and the film was meant to evoke sympathy. It didn’t work.

It is indisputable that Nader’s life work has left the world a better place, but comparatively, the damage caused by his approach, indirectly taking the presidency away from a peaceful climate activist and putting it in the hands of a group of warmongering kleptocrats, makes me wonder about the comparative numbers of people who have died over the years as a result of the unnecessary wars Bush started, vs the number of lives Nader has saved with seatbelts and airbags.

Today, Ralph Nader says he doesn’t feel responsible for Al Gore’s loss. There were other third-party candidates, none of whom have been blamed, he says. They received a fraction of the votes he did, but yes their votes would have changed the results too. He will admit to regrets that he didn’t run as a Democrat.

Although 85-year-old Nader has seen the tRump administration dismantle much of his life work, like the clean water act, he has taken on a new cause. His niece was among those killed in the Ethiopian 737 Max crash, and Nader is fighting for more thorough inspections and recertification by the FAA.

Contrary to the following ex-Republican congressman’s opinion, I don’t think Gabbard is “in the middle of the road,” she’s on the right shoulder.

“Ex-Republican tells Tulsi Gabbard ‘sometimes when you stand in the middle of the road you get run over.’”👇🏼

3 thoughts on “Gabbard is No Ralph Nader, She’s off on the Right Shoulder”