After stating multiple times (1×18), the US should not bomb Syria, and after ridiculing Obama at least as many times for announcing military strikes prior to acting– thereby warning the enemy, and after tweeting “Obama needs congressional approval” before bombing Syria—

Trump has done all of the above. He dropped  $90 million in missiles on Syria without asking for congressional approval.

“I think what happened in Syria is a disgrace to humanity. He’s there, and I guess he’s running things, so something should happen.” ~Donald Trump.

Tillerson also warned: ‘Steps Are Under Way’ to Remove Assad From Power in power.’

I’m having trouble accepting this at face value. Is this is another episode of Trump’s scripted and rehearsed fake reality show presidency? 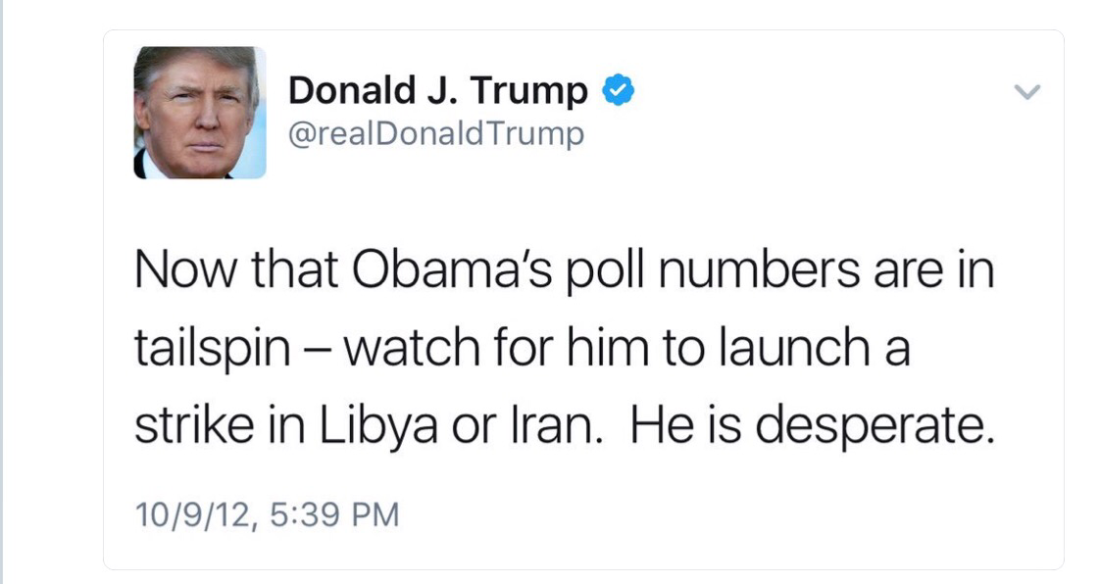 Well, that’s something. In addition to trying to bolster his poll numbers with this attack, Trump has successfully diverted attention away from investigations into his ties to Russia.

If POTUS really cared about innocent Syrians he would welcome Syrian refugees, but he doesn’t, so he won’t.

Russia condemns US “agression”… do they really? Reports are now saying the U.S.military gave Russia notice one hour prior to bombing.